Where to Drink in St. Augustine, Florida 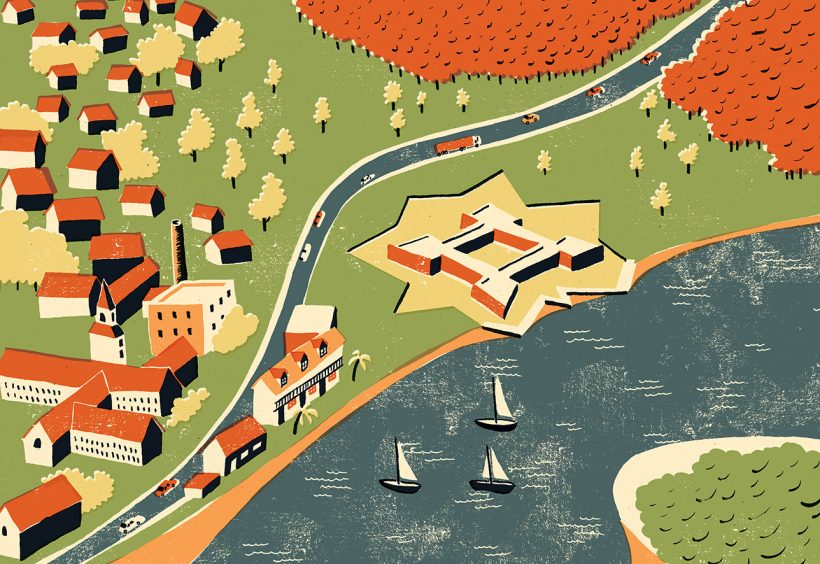 In 1513, 74 years before the settlers started brewing beer from corn in Virginia, Spain’s Ponce de León landed on the coast of modern-day Florida. This discovery led to St. Augustine now being dubbed as our nation’s oldest city, celebrating its 500th anniversary this year. Years later, Henry Flagler and his wealthy friends like the Rockefellers would raise pints in between constructing lavish hotels. These buildings were the beginning of St. Augustine’s life as a tourist’s playground, and they still grace the city today.

St. Augustine holds onto some of its Old World charm, with narrow cobblestone streets and adorable bed & breakfasts—no high-rises here. Plenty of tiny taverns that harken to meeting places of yore encourage ghost stories and tales of battle (even if just a spat with a boss). Packed into 13 square-miles, which center around a few main blocks, are plenty of tucked-away restaurants and bars—one, the Mill Top Tavern, even sits atop a tree—and the quaint sizes of these establishments often lead to patrons spilling out into the old-timey streets.

Mixed in with the city’s historical and ghost tours, travelers will find several beer-centric odysseys dedicated to the city’s beer history and culture. St. Augustine may be steeped in centuries of history, but the nation’s oldest city is starting a new chapter as craft beer takes root there.

Mile Marker Brewing
Opening their doors in 2011, this brewery is located off the highway exit to St. Augustine. The warehouse setting makes the whole operation endearing: Ping-pong tables sit alongside the tanks and live music reverberates off the steel. The taproom features five Mile Marker brews—including the distinctive Palm Beach Coconut Porter—along with some guest taps and specialty batches. Growlers available, too.

A1A Ale Works
Occupying the most prominent intersection in St. Augustine, A1A beckons beer drinkers with its two stories of food and brews. Their five brews include the Bridges of Lions Brown Ale—a nod to the two regal cement lions that stand guard nearby at the Intracoastal Waterway’s historic Bridge of Lions that the brewpub overlooks.

Rendezvous Beer Bar
Harboring the best selection in town, what this bar lacks in space and location, it more than makes up for in selection and beer signage. Select from 250 beers categorized by country, or from their six rotating taps; beers are also retailed to-go. The menu’s “Rare Beers” section features specials like Orkney’s Dark Island Reserve and Ommegang’s Art of Darkness.

J.P. Henley’s Beers & Wines of the World
One of the larger pubs in St. Augustine (read: seating for 70), this popular waterfront bar offers up 50 draft choices, over 120 bottles, and what they deem their “special” beers—mixtures like Chocolate Apple, a blend of a cider beer and Young’s Chocolate Stout. Those on a high-gravity quest will find bottled treasures like Samichlaus and Dogfish Head 120 Minute. Glass-paned hutches display dusty old beer bottles, and vintage beer trays add to the old-school sports bar atmosphere.

The Floridian
39 Cordova Street
thefloridianstaug.com
Due to The Floridian’s location 150 feet from a church, they aren’t permitted to serve customers alcoholic beverages at the table. However, these wise folks figured out a workaround: having libation chasers cross the “County Line” to their “speakeasy,” a small bar in the back that offers a surprisingly creative list of crafty delights. But come back to your table because the inventive menu offers excellent farm-to-table fare.

MoJo Old City BBQ
5 Cordova Street
facebook.com/MojoOldCityBBQ
Blues music, a huge patio and smoky barbecue are even better when paired with one of the dozen-plus Sunshine State brews on draft (including those from Mile Marker, Bold City, Intuition Ale Works and Swamphead). MoJo’s got its start in nearby Jacksonville and has grown to five neighboring locations.

Barley Republic
This Irish pub has 60-plus bottles available, many hailing from across the pond, like Harviestoun Ola Dubh Special Reserve from Scotland and Original Flag Porter from the UK. Thursdays, they re-create the Irish Seisuin with live music.

Jackson’s Garage Bar
More of a one-car garage, Jackson’s is nostalgically fun, with a pool table, comfy couches and a few arcade games for good measure. Wash down the crispy housemade pizzas and paninis with a happy hour-priced draft beer, from the menu listed on a suspended car hood.

Stogies Jazz Club and Coffee House
Stogies boasts a walk-in humidor, live jazz and huge streetside patio. Don’t expect outdoor service though—the bartenders tend a tiny bar while a band crams into the corner, creating a borderline chaotic scene on busy nights. With a printed beer menu that doesn’t always revolve as fast as the taps, grab a seat at the bar if you want to get beer geeky. Otherwise, order your favorites by the growler and sit outside to enjoy the Florida breeze and fire pits.

The Original Café Eleven
All-meals restaurant by day, happy hour and music haven by night, the convenience store-turned-restaurant’s split personality still leaves room for a solid draft-only beer menu. A dozen taps ignore the megabreweries and make room for Florida flavors, like Swamphead Cottonmouth Wit. Even those who come for the live music and BYOR (bring your own records) happy hours, stay for the 2 for 1 beer special.

Colonial Quarter
33 St. George Street
colonialquarter.com
The new Colonial Quarter re-creates the 16th, 17th and 18th centuries that shaped St. Augustine, but the real draw is the ability to stroll between sectors (and eras) with a beer in hand. Observe a working blacksmith at his craft, climb the watchtower for a sweeping view of the water and enjoy a historic show, all while sipping a cold one. Two watering holes exist within the Colonial Quarter: Taberna del Caballo, an ode to the city’s Spanish beginnings, and Bull & Crown, for a little British invasion. 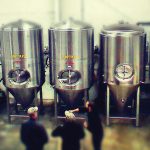 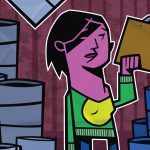