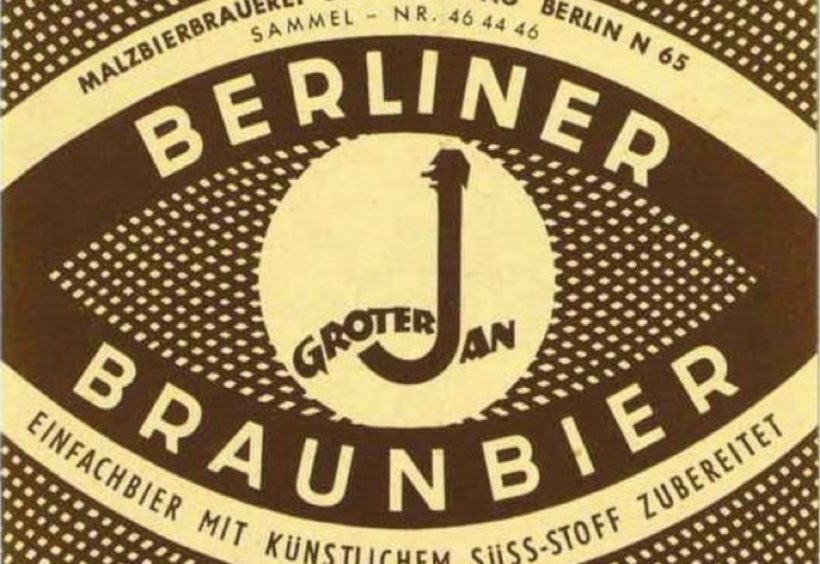 An incredible document has just come to light. It’s a typed manuscript, written in 1947 by A. Dörfel, the head brewer at Groterjan, a smallish brewery in Berlin specializing in top-fermenting beer. In it, he describes the beers he brewed and their production methods.

What makes the manuscript so fascinating is that Dörfel documents a lost world of German top-fermenting beers. He’s really describing the situation before World War II. The tradition was still just about alive in 1947, but was stumbling toward extinction. Groterjan brewed an odd set of beers. You’ve probably only ever heard of two of them: Berliner Weisse and Porter, coincidentally, the two strongest beers in the lineup. Who would have guessed that Berliner Weisse could be a brewery’s second-strongest beer?

You’ll see that these beers contain more than the classic malt, water, hops and yeast stipulated by the Reinheitsgebot. That’s because the rules for top-fermenting beer are different. Sugar is allowed, and for really low-alcohol beers, artificial sweetener is also fine. Odd how that never gets mentioned when Germans are going on about the purity of their beer.

Do you notice something else odd about those beers? The Malzvollbier and Feinbitter Starkbier have gravities that you would expect to produce beers with an alcohol by volume of 4–4.5% and 6–6.5%, respectively, yet they’re under 2%. A weird production method was responsible.

Bottled Malzvollbier only had a gravity of 6.5º Plato when it hit the fermentors, where it remained for 2 1/2 to 3 days, while the yeast worked its magic. Fermentation was then stopped by dropping the temperature, and the wort was moved to a mixing tank where a sugar solution was added that bumped up the gravity to the equivalent of 11.5º.

This is where things get really strange. Bottom-fermenting yeast was also added in the tank, and the beer was filled into bottles. These were then moved to a warm room—25ºC (77ºF)—to allow the beer to bottle condition. Wouldn’t the bottles explode with all that unfermented sugar for the yeast to gorge on? No, because after 14–16 hours, the temperature in the warm room was raised to 65ºC (149ºF) to pasteurize the bottles and kill the yeast.

Bottle conditioned and pasteurized. Now there’s an odd combination. With all that unfermented sugar and a minimal amount of hops, the finished beer must have been tooth-achingly sweet.

Feinbitter Starkbier was even stranger. It had the gravity of a Bock, but almost no alcohol. The grist looks pretty good: 70 percent Munich malt, 30 percent Pils malt, 7 percent caramel malt and 3 percent Farbmalz. Add caramel coloring, and you’ve got a pretty dark beer. In fact, the grist was identical to that used for their Porter. While Malzvollbier had only 75 grams of hops per hectoliter, Starkbier had 400 grams. Though at less than a pound per US barrel, that’s still not a huge quantity of hops by modern standards.

To get that ludicrously high finishing gravity, the wort was cooled to 3ºC (37.4ºF) after just 40 hours of fermentation. It remained at that temperature in a lager tank for a couple of days to carbonate, then was bottled and pasteurized.

“It has an aromatic malty taste which is harmoniously complemented by a delicate hop flavour.”

Sounds lovely. Anyone out there fancy brewing it? I thought not. There’s one word that crops up several times in the manuscript that reveals the non-intoxicating intention of these beers: Nährwert. It means “nutritional value.” These partially fermented beers were considered food rather than alcoholic drinks. What a contrast with the high-octane world of modern American beer. ■ 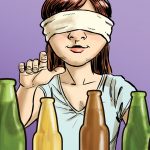 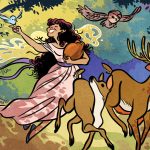