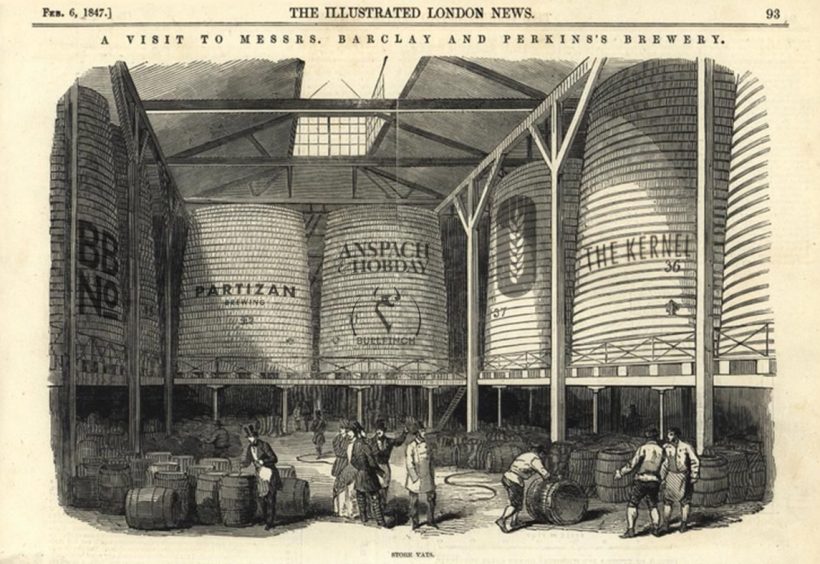 South Bermondsey Station is on nobody’s list of London must-sees. Until recently, locals knew it as the closest stop to The New Den, home of Millwall, the city’s most blue-collar soccer club, but times have changed. Saturday morning now sees a steady stream of punters disembark here, most of them looking for beer.

It’s a striking phenomenon, but then, London’s brewing revolution has been remarkably rapid. Five years ago, the British capital seemed to have given up on the drink it brought into the modern world in the 18th and 19th centuries, but there are now around 60 breweries in the city, with most of those having opened in the last few years.

Six of them are in Bermondsey, a down-to-earth neighborhood south of the Thames. On Saturdays, they’re all open to the public. Starting at South Bermondsey, you can do “The Bermondsey Mile,” as it’s become known, taking in Fourpure (the only brewery not housed in a railway arch, a phenomenon covered by Mark Dredge in issue #86 of this magazine), Partizan, The Kernel (the brewery that in many ways inspired London’s recent revival), Brew By Numbers, Anspach & Hobday, and Bullfinch (the last two share a brewing site).

Fourpure’s base is bigger than any of the other Bermondsey brewers, and while it’s probably the least frequented (“We’re sort of at the end of the mile in a rather unglamorous trading estate,” says American head brewer John Driebergen), it offers the potential for expansion, something that certainly appears to be in the cards. The brewery, which is about to start canning, won a recent competition to make a beer for Michelin-starred chef Michel Roux’s restaurants.

The beer on offer in Bermondsey falls, very roughly, into two camps. There’s plenty of Pale, heavily hopped and sour ales, but there is also a lot of dark beer, a reflection of the history of brewing in this part of London. Two of the great old London brewing names, Barclay Perkins (once the world’s largest brewery) and Courage, were based nearby on the south bank of the Thames. Neither exists anymore—the Courage brands are owned and produced by Wells and Young’s in Bedford, to the north of London—but there are still a few signs of their existence: At Barclay Perkins’ former taphouse, The Anchor Bankside, a perfunctory plaque marks where the brewery once stood, and Courage’s brewery building still stands beside Tower Bridge, now home to flats and restaurants.

Nonetheless, that history (the first Russian Imperial Stout was made at Barclay Perkins’ Anchor Brewery) is still important in London. Nothing demonstrates that more clearly than the recent return of Truman’s, whose famous old brewery in Brick Lane closed in 1989. Not only has the brewery reopened, but brewer Ben Ott chose an Export Stout recipe from 1880 (which includes American hops, in both the 1880 and 2013 versions) for the first beer to be made at the new brewery, “The Eyrie,” on a trading estate close to the site of the 2012 Olympic Stadium in East London.

You don’t need a famous old name to be influenced by the city’s brewing history, though. It’s all around. “It did not affect our choice of where to start the brewery,” Evin O’Riordain, founder and head brewer at The Kernel, says of his 2009 decision to site his brewery in Bermondsey. “But it is important for us, being situated here now, to deal with the history that surrounds us, to make some sense of it—but we don’t want to strengthen any nostalgia or romanticized images of times gone by.”

It’s apt, then, that one of The Kernel’s most feted beers comes from a 19th-century recipe. Their Export Stout is an inky, dried-fruit-and-coffee-laden delight inspired by a circa-1890 recipe from Truman’s. It’s the perfect beer with which to toast Bermondsey’s remarkable brewing revival. ■ 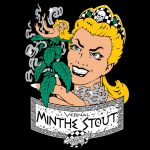 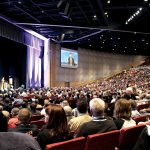