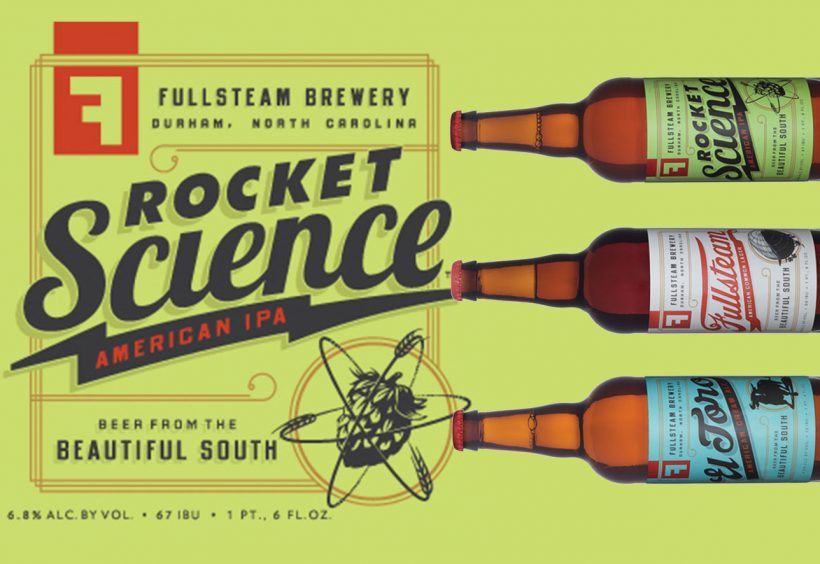 “It’s not rocket science,” you might think at first glance of Fullsteam’s Rocket Science IPA. But you’d be wrong. The optimal balance between malt and hops is exactly that complex, says Sean Wilson, owner of the Durham, N.C., brewery.

Not to mention staying true to their Southern roots, competing with all the aggressive branding out there, and producing a memorable IPA.

“That Southern-style quiet confidence isn’t what everyone wants in an IPA these days, but that’s OK. That’s why there’s a gazillion IPAs out there,” says Wilson.

Rocket Science is one of three beers in Fullsteam’s American Progress series, also featuring a true-to-style Cream Ale and a Common Lager. “The beers reflect a more traditional, industrial approach to classic beer styles,” says Fullsteam designer Christian Helms, of Helms Workshop. “There’s a bit of the old, a bit of the new, and a lot of wild-eyed enthusiasm in the work.”

“We talk a lot about ‘eras of optimism’ at Fullsteam, and the Rocket Science label aims to reflect the post-World War II era of prosperity and innovation,” explains Wilson. The label—especially that clever, woodcut-style hops & barley atom—took a “Herculean effort,” Wilson says, praising Helms, who labored over using the “o” as the dot for the “i,” and atom-artist Kurt Lightner.

“We experimented with a guy in a jetpack, a pickup truck and a rocket ship before locking in the idea of the hops and malt in balance. It’s been a three-year journey,” Wilson says.

Helms wasn’t surprised at the challenge. He’s been working with Wilson since the brewery’s inception in 2008. “[Wilson] is a passionate guy with lots of ideas, and he definitely kept us on our toes over the years,” says Helms.

At least one of those ideas has paid off; for anyone familiar with craft beer brands, the name Fullsteam instantly conjures a visual of the brewery’s logo, the chunky font with that enigmatic backwards “F.”

Wilson says, “People ask me all the time, ‘Why is the F backwards?’ The short answer is, ‘Because you asked.’ If it were a forward F, we wouldn’t be talking about it.” ■ 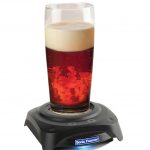 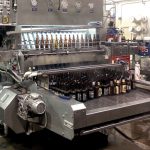