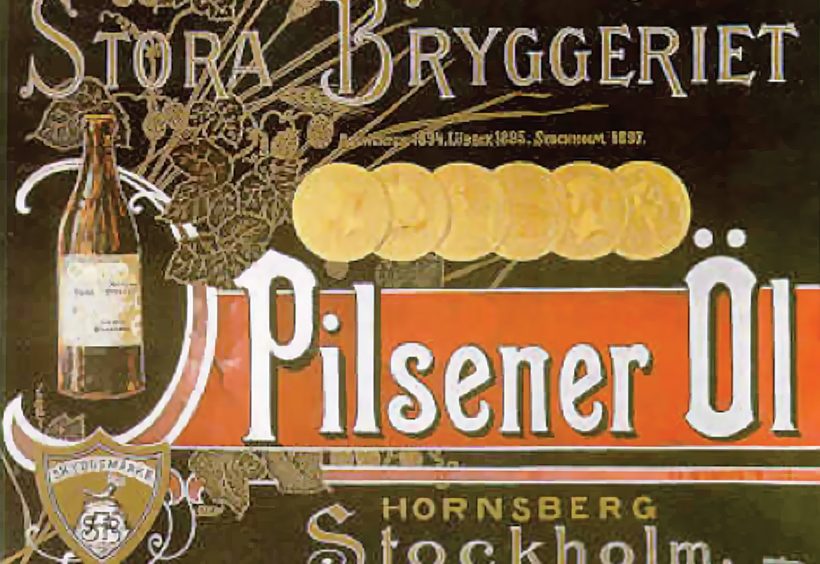 It’s time to move away from my usual fare of British, German or American beer and serve up a more exotic feast. What about the early days of bottom fermentation in Sweden?

In the second half of the 19th century the types of beer brewed in Sweden changed radically. The original, purely indigenous styles were gradually swept away by imports from elsewhere. This is approximately how that foreign invasion progressed:

The first bottom-fermenting beer in Sweden was a Munich-style dark lager brewed by Åkershult of Stockholm in 1844. They were slowly followed by the country’s other brewers, though some waited until a decade or two later. The first Pilsner didn’t pop up until 1874, brewed by another Stockholm brewery, Hamburgerbryggeriet.

Sweden was very early to jump on the lager train. Even Danish Carlsberg, one of the pioneers that helped lager spread outside its central European home, didn’t start bottom fermenting until 1846. And in Northern Germany, lager production didn’t really take off until after unification in 1870.

There’s a simple explanation for this early date. Before the development of artificial refrigeration in the 1870s, lager production depended on large supplies of natural ice. Not a problem in Bavaria or Bohemia. Or Scandinavia. Regions with more temperate winters had to wait.

Bayerskt öl
Between 1879 and 1920, “Bavarian Beer” was the most popular style in Sweden by quite a distance. But there were key differences between it and the Bavarian original. It had a higher OG; used lower quality hops so wasn’t as bitter; was paler (between pale yellow and pale brown) whereas the original was dark brown; had a higher alcohol content because of the higher OG and its more attenuative paler malts; and had a higher CO2 content. Falkenberg was, the last time I looked, the only Swedish brewery still making a Bayerskt.

Pilsner öl
This quickly found a market after its introduction in the 1870s, albeit one of a modest size. Until the 1920s, it accounted for no more than 5 percent of the beer produced by Pripps and Nürnbergs Bryggeriet, two substantial Stockholm breweries. But at least its sales were steady, unlike some other styles whose popularity waxed and waned rapidly. Just like Bayerskt, it was a good bit stronger than the Bohemian original. As you can see in the table, Pripps’ version was over 6 percent ABV, while even export versions from Pilsen were barely past 5 percent ABV.

Pilsnerdricka
A new, weaker style of pale lager called Pilsnerdricka (Pilsner Drink) was introduced in the 1880s. I suppose you could liken it to a Czech Vycepní Pivo, with gravities between 8º and 10º Balling. It was intended as a cheap alternative to Pilsner. Pilsnerdricka was driven from the market during WWI by a new class of tax-free beer introduced in 1909 called Lagrad Svagdricka (Lagered Weak Drink). Sounds lovely, doesn’t it? This had a gravity of just 5º or 6º Balling and presumably wasn’t much more than 2 percent ABV at most.

The 20th century saw the apparently unstoppable rise of Pilsner in Sweden, gradually catching up and then overtaking Bayerskt öl. However, the country’s strange and restrictive alcohol laws—beer over 5.6 percent ABV was forbidden for most of the 20th century—limited the types of beer that could be brewed. But that’s a tale for another time. ■ 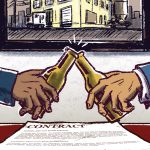 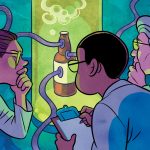