Will beer geeks and java freaks ever come together? Probably not. 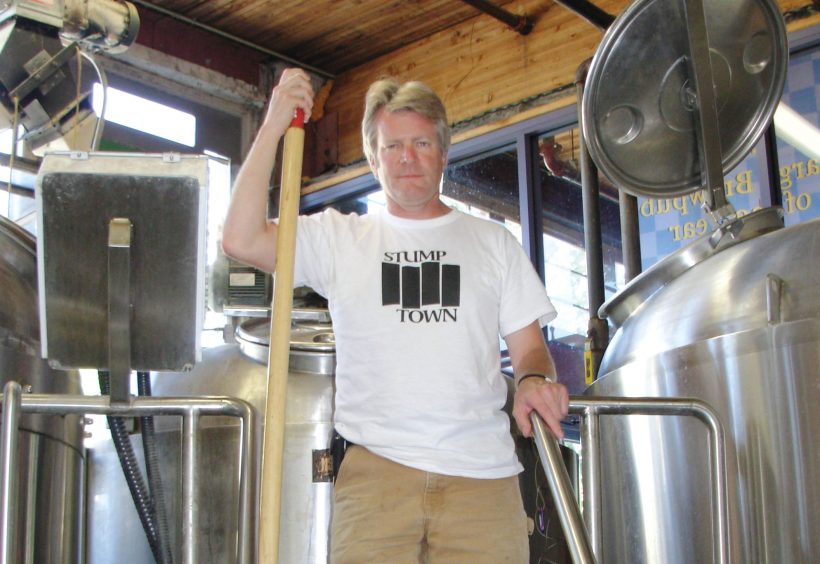 Since I brew in Seattle, it probably isn’t surprising that I have quite a few friends in the coffee business. We frequent each other’s places in our respective off-hours, keeping our little corner of the world going round. The weather in Seattle is perfect, of course, for two such decidedly indoor cultures to have developed so healthily here, in parallel. One fantasy frequently discussed between us and our coffee friends is some kind of joint venture, a café that roasts and serves great coffee and then, at that all-important tipping point in the day, transforms itself into a pub that brews and pours fabulous beer. It would be a place, in essence, with no last call—open and active pretty much around the clock; shut, perhaps, for the briefest sweep of the white cleaning tornado and, I suppose, for statutory compliance.

It’s an appealing concept, but I’m not at all sure it would work. Because, despite the tattoos, the piercings and the mutual appreciation of quality beverages, and despite the fact that they’re mainly terrific folks, coffee people just aren’t like us.

They’re more territorial, for one thing, and with a hefty percentage of the world’s urban street corners tenanted by a slavering green and white multinational competitor, you really can’t blame them. Imagine the diminutive size of the pie slice collectively available to us if we had to contend with several dozen Anheuser-Busch pubs serving creditable beer in each of our market areas.

But even on the smaller scale with which we are well familiar, coffee people don’t seem to trust each other the way beer people generally do. They don’t share information among themselves with anything like the freedom we enjoy at the Craft Brewers Conferences or on the Brewers Association online forum. Despite the coffee crowd’s laid-back T-shirt-and-truckercap demeanor, the secrets they keep from each other are many. Roasting and serving techniques are guarded scrupulously, markets for raw materials sought and exploited on the sly, clients poached and plans veiled. And when a fledgling roaster leaves the nest to take independent wing, it’s most often viewed as treasonous misdemeanor; negotiations are liable to ensue and lines marked.

Of course, the beer world is not immune to the kinds of chicanery I’ve enumerated, especially among our larger players, but we’re fortunate to have a pretty universal recognition of the desirability of common effort.

I trace the fundamental difference between us to the nature of the beverages concerned. Beer, we all know, is a drink of conviviality, shared among groups of friends and new acquaintances, attended by a perception of commonality and well-being. Coffee, to its credit, is a drink of greater ambition; it brings focus along with substantial satisfaction. But the sense of edginess and dread that can accompany even moderate consumption of coffee can only turn one inward, whereas the consumer of beer is more likely turned outward, onto the trust of those around him or her. To be fair, this gregariousness is often excessive, obnoxious and imposing; but overall, it helps forge bonds. Coffee is by its nature individualizing, sharply contemplative, even furtive.

Look at a tavern. Dozens of people drinking beer, enjoying each other’s company, and laughing, joking and making plans. Look at a coffeehouse. People hiding behind newspapers and hunched over laptops, reaching outward only in the most controlled way, nearly precluding contact with a fleshly neighbor, more or less quietly urging themselves into dealing with the day. I think of the great coffeehouses of Italy, Spain and Austria as exceptions, but the American model is generally one of isolation. It’s hard to imagine a grand political opposition arising from a ring of plush chairs in a coffeehouse; it’s far easier to recall the roots of our own rebellion taking hold in the roistering atmosphere of a tavern.

I don’t dislike coffeehouses, and I certainly don’t dislike the many people I know in the coffee business. I don’t demand that a coffeehouse perform the identical function of a tavern. It’s nonetheless affirming that in the beer world, there are benefits in doing business and building relationships with our peers and colleagues inherent in what we do and make. Did I mention that I wrote this in a couple of coffeehouses? That must mean it’s about time for a beer. ■ 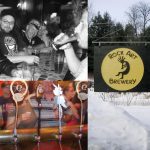 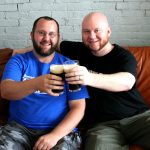