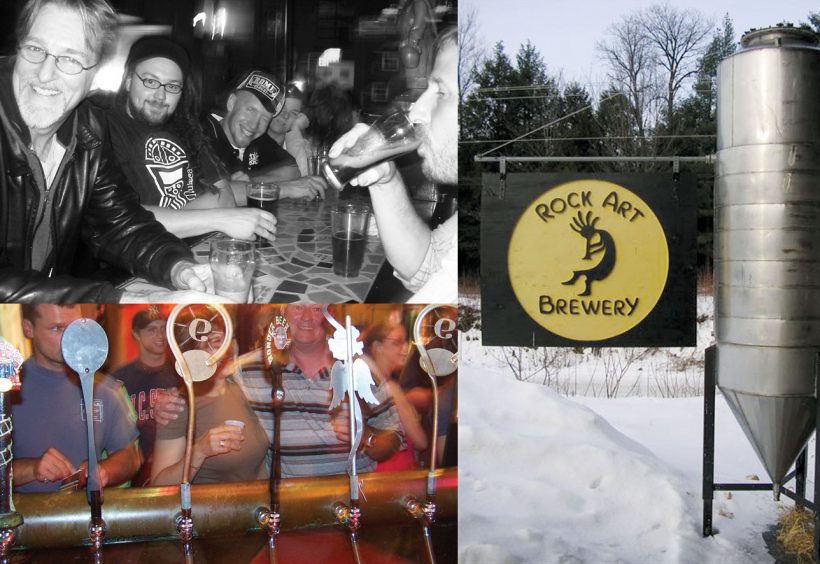 Vermont is best known for its stunning foliage and ample ski trails, although, this being August, we’re more than a bit in between peak seasons for the state—right where we should be. If you want to enjoy Vermont’s famed hiking, golfing, boating and fishing unmolested by packs of wide-eyed tourists, or if you prefer to just loll around the state’s picturesque rolling hills, now is the time. Flee the city, beat the throngs of leaf peepers and skiers, and take refuge in the Green Mountain State’s unspoiled outdoors. Of course, once you’ve worked up a thirst, there are plenty of craft brewed ways to cool off. And this time of year, there’s no shortage of elbow room at the bar.

And, if off-peak’s not your thing, pack this issue away for a few months and break it out when you’re in-state and sitting in traffic. We’ll be here, giggling.

Upon entering the state from the south (apologies to our Canadian friends), stop off in Brattleboro. This charming, casual town is home to McNeill’s—a tiny brewpub in an old fire station that serves up some absolutely killer ales.

A short distance up I-91 is Windsor. The town used to be home to the Catamount craft brewery. Boston-based Harpoon purchased the complex in 2000, the Catamount brand eventually faltered, and the facility now brews Harpoon’s lines exclusively. Considering that Harpoon’s IPA is among the country’s finest, that’s not a bad tradeoff. The Long Trail Brewing Company and the Norwich Inn’s renowned alehouse, Jasper Murdock’s (it’s one of the nation’s smallest commercial breweries), are nearby.

From there, you’ve got a decision to make. Continue up 91 to reach Vermont’s Northeast Kingdom—a gorgeous, sparsely populated corner of the state offering plenty of solitude, some fine country inns and Lyndonville’s Trout River Brewing Company [closed]. Or hop on I-89 and head northwest, toward Stowe; must-visits include the Alchemist, the Shed [closed] and Rock Art Brewery. Further up the interstate, there’s Burlington, Lake Champlain and, of course, Magic Hat Brewery.

Here are the state’s top beer destinations, as rated by BeerAdvocate.com readers.

Harpoon Brewery
In addition to their renowned IPA and UFO, Harpoon’s upcountry hope also brews their own draft soda and the excellent 100 Barrel small-batch series.

Long Trail Brewing Company
One of Vermont’s most eco-friendly craft breweries, Long Trail’s pub and visitors’ center was inspired by Munich’s Hofbrauhaus. In that spirit, try a pint of Double Bag Altbier.

Magic Hat Brewing Company
Don’t get lost in all the quirks of Vermont’s, uh, quirkiest brewery. Let’s talk about the taste of the beers it produces—they’re simply great.

Otter Creek/Wolaver’s
This Middlebury brewery packs a mighty one-two punch: It’s home to both Otter Creek, one of Vermont’s oldest craft breweries, and Wolaver’s, one of the country’s largest organic brewers.

Rock Art Brewery
Though sometimes overshadowed by its larger neighbors, in 10 years of brewing, Rock Art has grown from a tiny basement operation to a remarkably solid craft brewery excelling in both English and American Ales.

McNeill’s Brewery
A tiny bar that only serves the house beers they make in their basement (with cask, draft and bottled 22-ounce offerings), McNeill’s has earned an impressive cult following. If you ever hear a bad word about their beer, it’s likely coming from the competition.

Jasper Murdock’s Alehouse
The word “microbrewery” doesn’t even begin to describe what happens here: The Norwich Inn’s house brewery only brews 200 barrels a year, and it’s only available on-site. Might as well book a room!

The Alchemist Pub and Brewery
The Alchemist seamlessly blends casual pub grub with unapologetically bold artisanal beers. Their Belgians are impressive and adventurous, while Heady Topper, their Double IPA, is downright legendary.

The Shed Restaurant and Brewery [closed]
A Stowe institution more than four decades in the making, the Shed serves quality house brews (Belgians, Stouts and Double IPAs, the stronger, the better) alongside an upscale dinner menu.

Maple Leaf Malt and Brewing Company
A cozy, bustling brewpub in the shadow of Mount Snow, Maple Leaf serves both house brews and beers from regional and national craft brewers. Such nice kids, playing so well with others.

The Brewski [closed]
When the snow’s flying, the Brewski is a busy après-ski joint; in the off-season, it’s a favorite local hangout pouring Vermont’s best craft offerings. Enjoy the local flavor and, while you can, the space at the bar.

Mr. Pickwick’s [closed]
The pub at Stowe’s Olde England Inne boasts a gorgeous patio, a large fireplace and impressive stonemasonry, not to mention a mammoth selection of rare ales from England and Belgium, with fine dining to match.

To check out more regional readers’ picks, go to beeradvocate.com/place. ■ 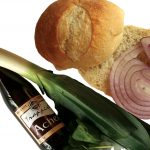 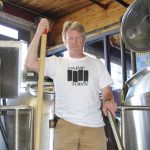