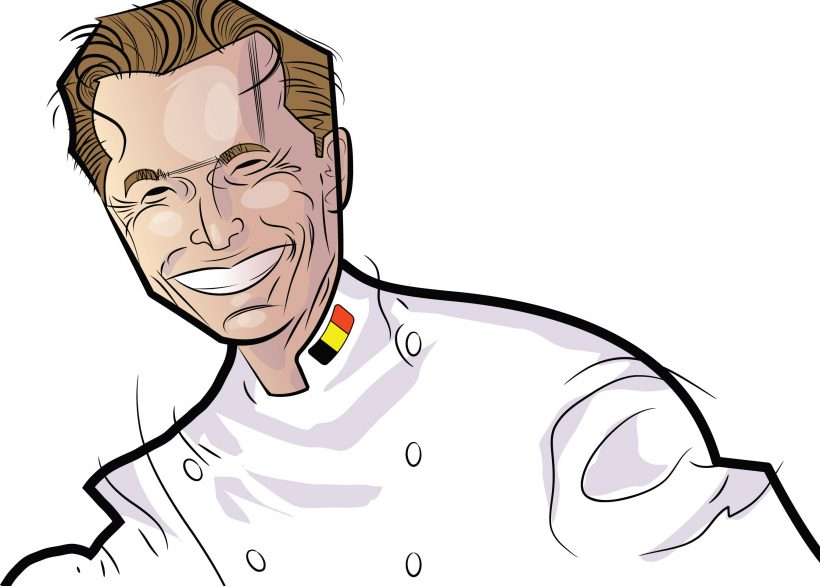 For us regular folk, cooking with beer has always been fair game. A few cans of Bud may serve as a delicious, industry-standard sauce for simmering fresh mussels; and any ale can lend a comforting, yeasty tang to a sturdy loaf of beer bread. In most cases, though, American kitchens cast beer in a supporting role; sometimes useful, often novel, but rarely central.

Likewise, most American chefs haven’t entertained a stigma against cooking with beer so much as harbored a tacit assumption that, well, beer just doesn’t have a stock (no pun intended) in fine dining. For the Belgians, things are a little different.

“I’m not ashamed to cook with beer,” a defiant Chef Daniel Joly, owner and executive chef of Mirabelle at Beaver Creek in Colorado, tells me. “Using beer is like using Dover sole to me—it’s from home.” As suggested by his preference of flatfish and his reverence for the close relationship between beer and hearty, flavorful food, home for Joly is Belgium. For the past few years, however, he has been thrilling the ski boots off of visitors to Mirabelle, his mainstay bistro high in the resort town of Beaver Creek, Colorado—a region that, if rumors can be trusted, quite enjoys beer as well.

“I like to challenge my chefs into using beer more for its refreshing taste. When you cook with beer, you have to keep in mind what you like most about beer.”

“I’m not a person who can drink twenty beers in one night, but when I do have a beer, I like a good beer.” Thus, it comes as no surprise that Joly—the only Belgian-born Master Chef in the US—especially enjoys the staple brews of his home country. As we chat in the main dining room of Boston’s Brasserie Jo (its own Alsatian fare about as close as one gets to Belgium out this way), I’m slowly recovering from a four-course, four-round luncheon that he whipped up to demonstrate the variety of ways he incorporates beer into his cuisine, as well as the unexpectedly bold flavors that result. Butternut squash may have been too sweet a side for fresh lobster medallions, had it not been steeped in the light spice of Hoegaarden. Likewise, beautifully frenched lamb cutlets arrived with celery root and a black truffle mousseline stuffed into a shell of potato that had softened in a bath of clarified butter and deep, golden Leffe. The ale’s residual bitterness calmed what could have been a real brawl of battling flavors.

“I like to challenge my chefs into using beer more for its refreshing taste,” Joly tells me. “When you cook with beer, you have to keep in mind what you like most about beer.”

Joly’s clearest expression of this notion was a simple sorbet of sugar, milk and Hoegaarden. The crisp, icy texture of the sorbet carried a sweet creaminess that gave way to the beloved Bière Blanche’s familiar coriander notes and crisp, tangy finish. “It’s so logical, when you think about it,” he says. “After all, nothing tastes better than a cold beer.”

With the recent surge in popularity of Belgian beers, and the increasingly warm reception that beer seems to be enjoying from sharp chefs, Joly’s simple-yet-innovative approach is primed to catch on; but it’s not so much a reflection of a swelling trend as it is a shift in priorities—a return to basic considerations of flavor rather than designer ingredients.

“Anybody can make a great meal with a black truffle,” says Joly with a chuckle. “That’s not what makes you a great chef.”

Using a large bowl, combine four and 1/4 cups of sugar. Whisk in the eggs one at a time, then slowly add the milk, melted butter and the zest of orange and lemon. It’s always better to allow the batter to set for a few hours overnight in the fridge.

To make the compote, in a medium saucepan, combine the apples, a pat of butter, the beer and remaining sugar. Cook until it’s the consistency of a sauce.

Heat a no-stick pan until hot, add enough butter/oil to coat the pan. Add a thin layer of crepe batter and cook on both sides until golden brown. Repeat until the batter is finished.

Take each crepe and fill with the apple compote. Sprinkle with confectioner’s sugar.

Mix all ingredients together. Churn in an ice cream maker following the manufacturer’s instructions. Freeze overnight. Serve alongside the warm beer crepes. ■ 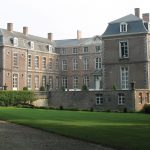 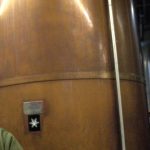