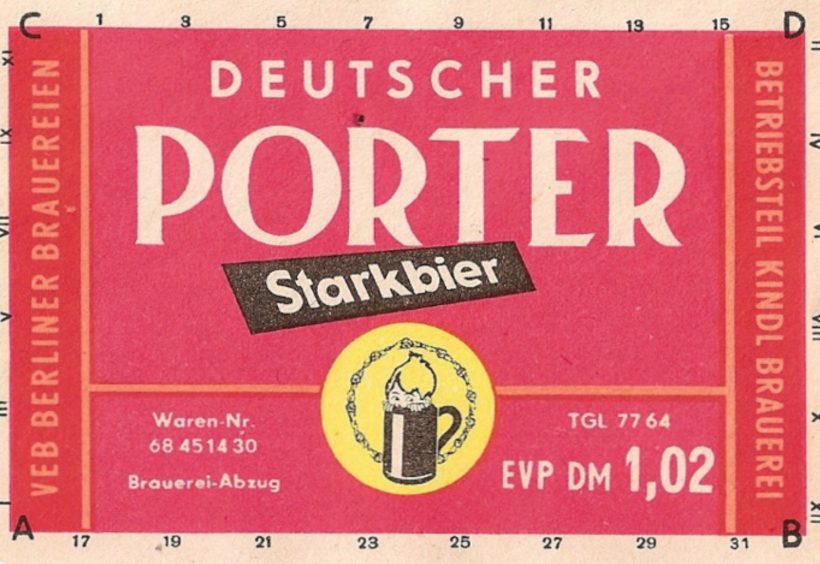 You may be surprised to learn that the brewing of Porter and Pale Ale in Germany is nothing new and predates the current craft boom by more than a century.

There’s an unbroken history of Porter brewing in Germany going back around 200 years. Porter was the first style to be a huge international hit and was brewed all over the world, from New York to Sydney. But it didn’t just spread to the English-speaking world. It was also picked in Europe, mostly to the east and around the Baltic Sea.

In the 19th century, German Porter, at 7 percent ABV, was really more of a Stout. That’s the funny thing about how Porter spread. The name Brown Stout was rarely used, even though that’s what the Porters brewed in Germany and around the Baltic were. Porter was the name that resonated with drinkers, so that’s how brewers marketed it. In the past, people were much less obsessed by pinning precise style labels on beers.

The word Porter itself is odd in German. Nouns are usually one of three genders—masculine, feminine or neuter. Porter can be either masculine or neuter. Though most labels used the masculine form, Deutscher Porter (German Porter). Unsurprisingly, Porter had little impact in southern Germany. They had very different brewing traditions. Top fermenting was almost universal before 1850 in the north though, so Porter fit in much better there. In the table, all the examples where a town is specified come from the north.

Porter was a sufficiently important style in Germany in the 19th century to show up in technical brewing literature. The earliest I’ve come across is in Johann Poppe’s “Die Bierbrauerei auf der höchsten Stufe der jetzigen Vervollkommnung” of 1834. It includes five recipes: Ordinary Porter (OG 1049º), Lager-Porter (OG 1058º), Braun-Stout Porter (OG 1095º) and two other Porter brewing methods. I’ll return to the “other” methods later.

With four mashes and no sparging, the process Poppe describes is very similar to the early 19th-century London method of brewing. Three of the recipes are all-malt, as a commercially brewed British Porter had to be by law at the time. The two “other” recipes look like British homebrew recipes, in that they use cheaper materials, including ingredients forbidden to commercial brewers, such as licorice and sugar.

By my calculation, that would produce a wort with an OG of around 1070º, which is very much in line with many of the beers in the table and around the same strength as a British Single Stout of the same period. What’s fascinating about both this and the recipes in Poppe, is that they are a blend of pale, amber and brown malts. None use black malt, which was universally used in British Porter and Stout after 1820.

Berlin was a center for Porter brewing, probably because top-fermentation remained strong there longer than in the rest of Germany. It was only right at the end of the century that new-fangled lagers overtook older styles in popularity. We’ll be looking more closely at Porter in Berlin next month, when we move into the 20th century. ■ 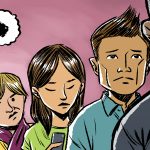 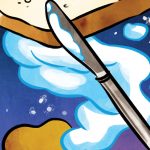