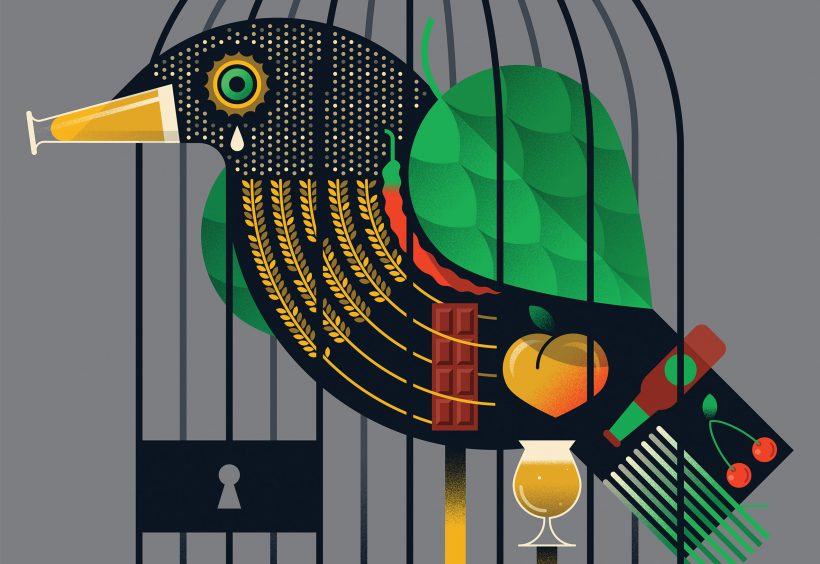 On Oct. 12, Wild Heaven Craft Beers tweeted, “In what is apparently a race to the bottom, Georgia & Mississippi are now the only 2 states [in which] you can’t buy beer from the brewery that made it.”

If the Avondale Estates, Ga., brewery sounds a little frustrated, it’s not unearned. Georgia has some of the worst beer laws in the country by any measure. The state’s alcohol-by-volume cap was only raised above 6 percent in 2004 (it remains capped at 14 percent), growlers didn’t appear until 2010, and package sales on Sunday have only been allowed since 2011.

But in the last few years, Georgia’s beer makers have focused on the biggie: their state is one of only two in the country that prohibits direct sales to customers. Before some slight progress in mid-2015, Peach State breweries were allowed to sell almost anything except food and beer: bottle openers, beer soap, koozies, golf clubs, T-shirts, spent grain dog treats, etc. And strangely, until 2015, breweries could charge for a glass that patrons could fill with 32 ounces of free beer. Meanwhile, the breweries were still taxed on that free beer.

“The situation in Georgia is maddening,” Wild Heaven president Nick Purdy says. “In a state that relentlessly touts itself as ‘business friendly,’ we’ve been optimistic that with a little education of our elected officials, they’d actively want to make sure our industry isn’t hobbled unnecessarily. But the opposite is happening, and out-of-state brewers have taken advantage of a strong craft market with fewer local entrants than there should be. We generate manufacturing jobs, we pay excise taxes and we generate tourism. Yet Georgia’s Republicans, unbelievably, seem content to allow a handful of wholesalers to dictate the terms under which I can operate my American manufacturing business.”

It’s worth noting that Wild Heaven’s tweet was sent just a couple weeks after the latest setback for the state’s brewing industry: a curious policy bulletin issued from the Georgia Department of Revenue (DOR) in late September 2015 that tightened regulations on Senate Bill 63, which had passed into law in July. But more on that bulletin later.

When SB 63 was introduced in January 2015, proponents referred to it as the “Beer Jobs Bill.” The language specified that, if passed, SB 63 would allow Georgia breweries and brewpubs to sell up to 144 ounces of beer on-site, per person, per day, for off-site consumption. (Think: roughly two growlers.) The bill would also allow 144 ounces of on-site sales for off-site consumption at breweries (growlers, bottles, cans, etc.), as well as 72 ounces of on-site consumption at breweries. Under the laws at the time, Peach State brewpubs could sell beer in-house but not to-go, and Georgia breweries couldn’t sell beer to anyone except licensed distributors. Both brewpub and brewery owners said SB 63 would allow them to hire more people, build out taprooms, and generate more tax revenue in the process.

Of course, the bill had its opponents. Namely, the Georgia Beer Wholesalers Association (GBWA). At a Senate hearing in February at the Coverdell Legislative Office Building in downtown Atlanta, GBWA assistant director Martin Smith argued that Georgia breweries had it better than they were willing to admit.

“If you want to be specific about these other states,” he said, pointing out that Georgia makes more beer than most of its neighbors, “it’s not just that states that touch us have different rules. They should be looking at us and saying, ‘Why aren’t we more like Georgia?’”

The line got a big laugh from the many brewers and beer advocates in the crowd. Smith also argued at a March hearing that, “when you allow producers to have access and allow retail, you allow that slide into what happens in the rest of the world where large producers own everything. In Mexico, 90 percent of the market is controlled by one entity. It allows the manufacturer to own the retail.”

By the time SB 63 became law in July, political jockeying and GBWA lobbyist work mangled the bill into a shell of its former self. The final legislation allowed breweries to sell tours (not beer) including up to 36 ounces of free beer on site and up to 72 ounces of free “souvenir” beer to go. Brewpubs—which, it’s worth pointing out, aren’t beholden to distributors the same way breweries are—got nothing.

Breweries were quick to jump on the opportunity, hiring new staff, installing Crowler machines and coming up with different tour plans that fit within the slightly-less-restrictive system.

“To see it happen in Georgia felt historical, like we were part of a bigger story that would shape the lives of Georgians for years to come,” says founder and CEO Brian Purcell. “The financial impact of our bottle release was significant. It is extremely hard to turn a profit in the early years of running a brewery in Georgia, but the three months we were able to charge variable pricing to our customers based on the volume of ‘free’ beer they could take home, not to mention the bottle release event, was our most profitable quarter to date.”

In September, Creature Comforts Brewing Co. in Athens released See the Stars, a Russian Imperial Stout aged in maple bourbon barrels. The $75 tour package included two 750-milliliter bottles of the beer, a commemorative glass, a brewery tour, 36 ounces of on-site sampling and local chocolates. When 150 tickets sold out in mere hours, the brewery sold another 300 tours that included a bottle at $30 apiece on a first-come-first-served basis later that same day.

“Events like STS can provide a great tourism boost to the local economies and provide a mechanism for getting the beer into the hands of the most inspired consumers in an effective and efficient way,” says Creature Comforts CEO Chris Herron. “It is a win for the local economy, the consumers, and certainly for the breweries as well.”

Some say this event further antagonized the opposition though, especially since no bottles were sold outside the brewery. (One keg was sent to Decatur’s Brick Store Pub for a special event.) But Herron argues that a bottle release event is the best way to handle a limited-release beer such as See the Stars.

“The headaches that would come as a result of trying to allocate those bottles across the retail tier and the inevitable frustrations that would come back to them from that process, it seems to me like it would not be worth all the time and effort for such a nominal amount of money,” he says.

A few weeks later, over the final weekend of September, when many of the Peach State’s beer industry professionals were in Denver at the 29th Great American Beer Festival, the Georgia DOR quietly dropped a policy bulletin that revisited SB 63’s regulations almost three months to the day after it was signed into law. The bulletin specified several points, but the one that stuck with breweries was that “fees for facility tours… may not be due to differences in the volume or market value of alcohol provided to tour attendees.” For breweries that had been selling variable tours (some with on-site drinking only, others with one bomber, still others with six-packs, etc.), this came as a shock. The timing didn’t help.

Palmer says that in the original language, SB 63 was clear that brewers could charge varying prices, never mentioning what those prices could be based on. She calls the bulletin a “dramatic change in policy,” and argues that oftentimes, the most important factor in tour pricing is the amount and value of any beer consumed. She also says the DOR has been unwilling to talk about how they came to the new interpretations—without public comments or input from beer makers—only a single informational seminar.

“The fact is that Georgia’s distributors saw and discussed this bulletin before it was released, though the bulletin has positively nothing to do with them,” Palmer says. “Furthermore, the punishment for violating this bulletin is that a brewer loses their tasting room permit for a year while the brewers’ ability to send beer through distribution is untouched. Everything about this bulletin—from what it says to the way it was released—defies process, procedure, and common sense.”

Wild Heaven’s Purdy echoes her interpretation, but also points out its very real financial consequences. “Based on SB 63, I mapped out our new plan for our tasting room guests, [and] received written approval from a Department of Revenue official that it was ‘perfectly fine,’” he remembers. “Based on that confirmation, we spent over $18,000 improving our tasting room experience and buying new equipment. Less than three months later, the rug was pulled out from under us.”

Near the heart of Atlanta that Saturday night, Orpheus Brewing’s taproom was comfortably packed for the release of a few beers: a cognac barrel-aged fig sour called Sykophantes and a new Imperial Stout with hazelnuts and vanilla beans called The Ferryman. A bourbon barrel-aged version of its Imperial Stout, The 12th Labor, was also on tap. Revelers excited to support the movement dropped $30 (half of which the brewery donated to the GCBG) to sample these beers and others, and to take home a few bottles of Sykophantes. Founder and brewmaster Jason Pellett led tours throughout the night, encouraging attendees to donate more money to the GCBG via the brewery’s Square app out front. Between ticket sales and donations, the young company raised more than $1,700 for the guild.

Roughly one month later, two prominent Georgia politicians—first House Speaker David Ralston, then, a few weeks after that, Senate President pro tempore David Shafer—spoke out against the DOR bulletin. Despite mixed reactions (supporters cheered, cynics claimed it was a ruse to avoid further legislative progress during the 2016 legislative session), no movement from the DOR had occurred as of press time.

In fact, in early January DOR spokesman William Gaston told BeerAdvocate “A Policy Bulletin is intended to provide guidance to the public and serves as the Department’s position on the law. Everything in (a–d) was derived either from SB 63 or previously existed in Georgia’s sales tax code. The Department will continue to administer the regulations as they are currently in effect.” And when pressed to respond to the increasing pushback from politicians and breweries, he doubled down. “The statement stands.”

Despite the impediments, it’s a sign of the times in Georgia, perhaps, that a year-and-a-half-old brewery like Orpheus and its enthusiastic followers can generate close to $2,000 in a single evening. In 2011, Georgia had 22 breweries and brewpubs. Now there are 49, with at least 10 more on the way. Maybe that’s why Palmer sounds so confident in the future. She’s got a big team, and it’s only getting bigger.

“Bottom line, the fight isn’t over,” she says. “This post-bulletin model is unsustainable. Either our legislators or regulators or our judicial system will have to step up and make a change.” ■ 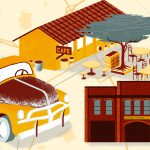 Previous: Where to Drink in Birmingham, Alabama 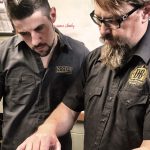