The Skeg by Cape May Brewing Co. 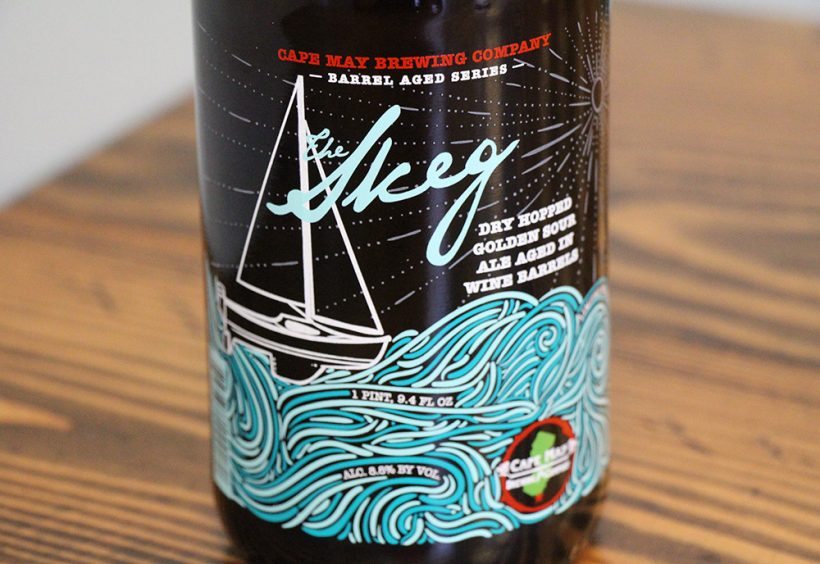 Like any coastal brewery, New Jersey’s Cape May Brewing Co. is flush with ready-made, beach-inspired imagery. But graphic designer Courtney Rosenberg wasn’t about to fall into that trap when designing the new Barrel Aged Series.

“The challenging part was creating something that wasn’t ‘cliche Jersey Shore souvenir,’” says Rosenberg. So for this series of small-batch sour beers, Rosenberg collaborated with Jessie Brown and Victoria Porter from Waterloo Container to forego paper labels and screen-print the design directly onto glass bombers using UV ink.

Rosenberg was cautious about the ink-on-glass process. “It’s like a tattoo—it’s not a light decision,” she says. “You really have to watch your color limits and line weights, while also considering the permanence of the design.”

Each Barrel Aged beer is named for a different part of a boat. For The Skeg, a golden sour ale and the series’ second release, the illustration features the fin-like structure on the bottom of the boat. Waterloo Container achieved the hand-drawn look using a Wacom Pen Tablet.

“The constant graphic throughout the Barrel Aged Series is the trippy, painterly waves that make up the bulk of the designs,” says head brewer Brian Hink. “They almost look like a nautical version of Starry Night.”

Those waves appear on each bottle, but the colors change. “The Delaware Bay, which is a 4-mile drive from our brewery, has some of the best sunsets I’ve ever seen,” says Rosenberg. “Those sunsets are what inspired the palette for the design.”

The sky also changes across designs. “When the bottles are all lined up, you will see a series to represent a crisp summer sunset,” says Rosenberg.

“Much of our merchandise looks great sitting on the beach or on a boat, and this bottle fits right in,” says Hink. “Not that the beer was designed for those activities—8.8 percent golden sours aren’t meant to be pounded back on the beach.”

Correction: November 1, 2016
This story has been corrected to reference Waterloo Container’s role in the bottle design rather than TeamWorld Inc. ■ 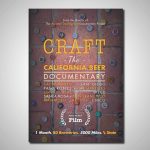 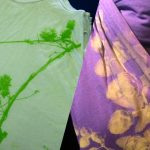