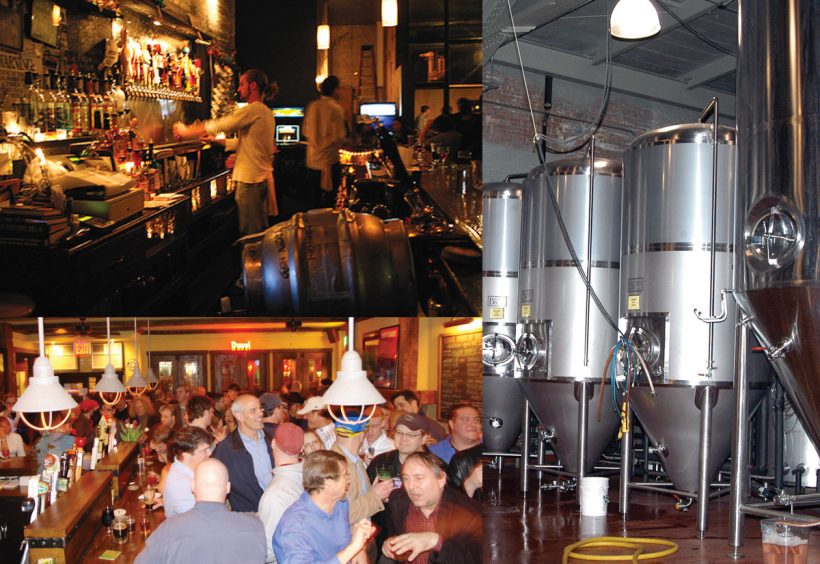 The holiday season in New York City is downright magical: the crowds, the shopping, the obscenely large tree, the trimming of Al Roker with foil and garlands. It’s something special. But, when in town, where to drink to avoid being overwhelmed by hordes of tourists and staggeringly mediocre beer selections? Let us show you. The top beer destinations in New York, as ranked by BeerAdvocate.com’s BeerFly users, follows.

In the interests of ease of navigation, we’re focusing on the lower third of Manhattan and Brooklyn. That’s where you’ll find the best brews, anyway. Start in Midtown, at the Ginger Man. It’s equidistant to Grand Central, Penn Station, Times Square and Macy’s, and features an impressive beer selection and a warm, welcoming atmosphere. Head down Broadway, toward Union Square, where you can enjoy a burger and pint at the Heartland Brewery, or splurge on a fantastic dining and drinking experience at the Gramercy Tavern.

The West Village is home to the city’s most famed beer bar, the Blind Tiger Ale House. They know and love beer, and, consequently, serve a ton of it. On the other side of the Bowery, the Hop Devil Grill & Belgian Room and d.b.a. offer immense beer lists and raucous times, while Burp Castle trades in art, Belgians and a quiet appreciation of fine craftsmanship.

Cross the Williamsburg Bridge into Brooklyn. The neighborhood is home to several kids with messenger bags, as well as several top places to get a beer. Its most famous resident is the pioneering Brooklyn Brewery, but several great bars lie nearby, including the shabby chic Spuyten Duyvil and the insanely fun Barcade (it’s a bar and an arcade—get it?).

Brooklyn Brewery
If you’re into staggering understatements, then Garrett Oliver has been pretty good to the craft brew movement. He’s been a nice ambassador for the industry and brews some pretty decent beer. Yeah. That’s all.

Heartland Brewery Union Square [closed]
Brewpubs on the island are scarce, but Heartland has you covered with homemade (if a bit pricey) pints in New York’s busiest tourist spots. Aside from their Union Square location (tops in our book), find them around Times Square, Radio City, the Seaport and the Empire State Building.

Blind Tiger Ale House
This beloved West Village institution boasts over two-dozen quality taps, with emphasis on both local brews and heavy hitters from out West. Toss in 50 bottles, a reserve beer list, some excellent cheeses, and you’ve got… us, at the bar, all day long.

The Ginger Man
Nearly 70 taps (including two cask lines) full of East Coast and Euro favorites, well over a hundred bottles, and an unbeatable atmosphere (loads of dark wood and couches) make the Ginger Man one of New York’s most inviting beer bars.

d.b.a
Dingy, dark and full of beer and whiskey, d.b.a. is a drinker’s bar. With upwards of 200 beers in the bottle, you’ve got some work ahead of you. Get to it!

Hop Devil Grill & the Belgian Room
This schizophrenic East Village haunt is half good-times beer grill and half Belgian retreat. Eat some wings and make your way down the massive beer list, or pair a Belgian with some pomme frites. Or, preferably, do both.

Burp Castle
A cozy, quiet, ornately decorated hole in the wall, the Brewist Monks have christened Burp Castle as a “Temple of Beer Worship.” Which means it’s full of delicious Belgians. Pilgrims of all stripes are welcome.

Gramercy Tavern
Hey there, fancy-pants! Pull up a seat over here. There’s no need to dirty your fingertips with buffalo sauce just because you’ve got a thirst for the suds. The Gramercy combines fine dining with an exquisite selection of ales and ciders. Just don’t forget your tweed.

Zum Schneider
Munich got up and planted itself in Alphabet City. Way to go, Munich. Sit under a concrete tree, and wash down a sausage plate with an Aventinus, a Hofbrau, or an Optimator. Or, more likely, all three.

Downtown Bar and Grill [closed]
A bit pricey, yes, but holy hell what a selection. Downtown does a nice job rotating their limited taps, but the bottle list is ridiculous and growing every day. BAs in Brooklyn report that it’s grown to 750, and it’s not stopping. It can’t be stopped! Run!

Spuyten Duyvil
This tiny Williamsburg joint has a gorgeous red pressed-tin ceiling and some damn fine cheeses, not to mention an incredible selection of rare imported bottles, served by some of the city’s most knowledgeable bartenders.

Barcade
Awesome, awesome, awesome. Barcade mixes two-dozen great beers on tap, a cask, and bartenders who’re passionate about beer, with a wall full of classic arcade games (Donkey Kong, Spy Hunter, Ms. Pac-Man, et al). How does a place like this even exist? Why don’t we have a sleeping bag in their stockroom yet?

The Diamond
A newcomer to the bustling Greenpoint/Williamsburg bar scene, The Diamond pairs indoor shuffleboard with a wide selection of wicked rare beers. ■ 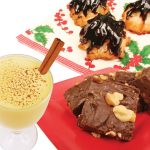 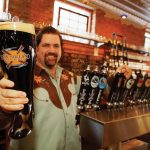