Why the Midwest Rocks!

And why you should be drinking more of their beers 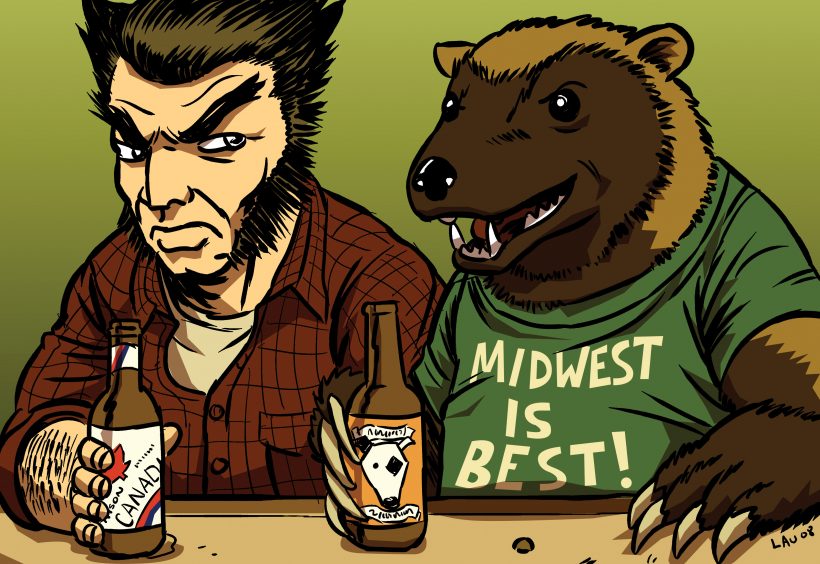 When beer enthusiasts ponder great American craft breweries, their minds often wander to the coasts. West Coast brewers are deservedly renowned for their experimentation, especially in all areas hoppy. On the East Coast, craft brewers boast big reputations for their extreme acts and style-defining efforts. But when it comes to dishing out respect, Midwestern breweries get very little for their impressive efforts.

I have a public confession to make. I think Midwestern breweries make the best beer available in the United States today. That’s a bold statement to be sure, but let’s take a closer look at this underappreciated beer region to test its accuracy. For starters, the Midwest has some of the strongest and longest operating craft breweries in the country. While names such as August Schells, Boulevard Brewing, Great Lakes, and Summit may not ring in the ears of ardent beer geeks, these breweries have provided strong leadership for the industry and solid, diverse beer lineups at reasonable prices. In stark contrast to their brewing compatriots on both coasts, these Midwestern breweries, and many others, appreciate the worldliness of beer. In contemplating their portfolios, these brewers recognize that the brewing playbook extends beyond the comfort zones of brewing and the humdrum ubiquity of the big three: Blonde, Pale and Wheat ales. The lineup of top-notch lagers produced by Midwestern brewers, such as the Capital Brewery with its four seasonal Doppelbocks, is unparalleled elsewhere in this country.

I’m not saying that the Midwest lacks its share of beer geek friendly breweries—far from it. Some of the region’s leading breweries, including Bell’s Brewery and New Glarus Brewing, bring a reserved, steady hand to the idea of extreme beer. From Larry Bell’s anniversary batch series and his former “10 Stouts of November” campaign to Dan Carey’s classic fruit beers and his phenomenal “Unplugged Series,” Midwestern brewers know that pushing the envelope means more than simply turning the hop and alcohol dials up to 11. If the edge is where you need to live, then you can always try Three Floyds, Surly Brewing, and Kuhnhenn Brewing to get your adventure fix.

When I think about beer in the Midwest, one state clearly comes to mind, and I don’t mean Wisconsin. While the Badger State boasts dozens of excellent craft breweries, Michigan is perhaps the region’s most impressive brewing state. While it has but one brewery (Bell’s) in the top 50 craft brewers by volume, Michigan is home to more than 70 breweries and brewpubs, just behind Wisconsin for sixth most in America. The litany of Michigan’s small, local breweries and pubs include Short’s Brewing, the Livery, Dark Horse, Founders, New Holland, and of course, Jolly Pumpkin. With perhaps less flash than their coastal counterparts, these breweries produce beers that are anything but reserved.

Midwestern breweries also appear to better appreciate the value of providing fresh beer close to home. While many fledgling craft breweries struggle to contain their wide-eyed expansion plans, many of the breweries mentioned here practice a very different distribution system. Beyond the small breweries, which service their local communities, even the big guys do things a bit different. The Summit Brewing Company of Saint Paul sells nearly 90 percent of its beer in its home state of Minnesota. Boulevard Brewing was modeled on the historic local brewery system and limits distribution of its 130,000 barrels to the Midwest. The best example of this careful growth method is New Glarus, which famously pulled out of all other markets, including Chicago, because it could not make enough beer for its home state of Wisconsin.

With all of the region’s successes and the outstanding and diverse beers available, I think it’s about time we give Midwestern brewers the praise due to them. They’ve got my vote for best in the industry. ■ 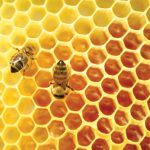 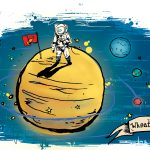