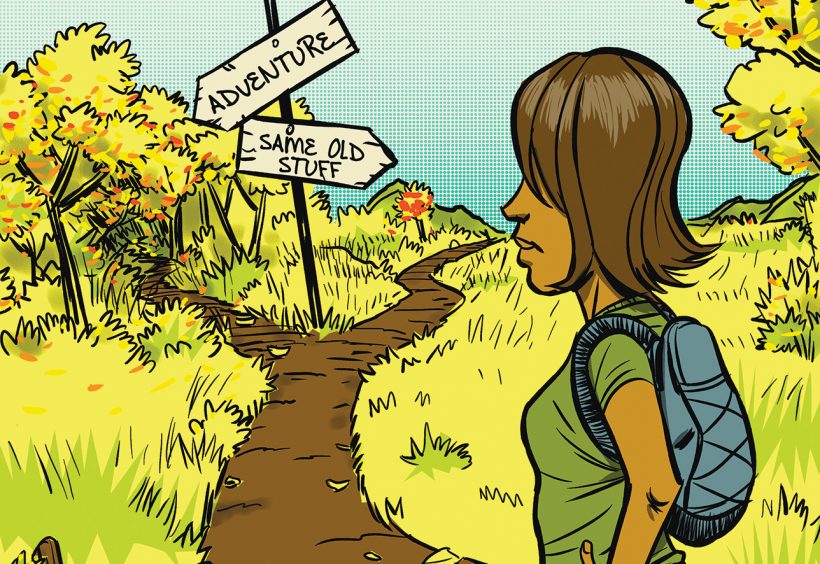 Classic beer traveling experiences present themselves in all forms: Lager lovers may spend months planning the perfect Bavarian trip, while hop heads settle for a new local brewpub. Regardless of the approach, we can all agree that a little trekking is good for a beer lover’s body and soul.

As someone fortunate enough to make beer travel my business for several weeks each year, I usually fall into the pre-planning camp. I faithfully review BeerAdvocate’s Beerfly section, scroll through brewery websites and peruse brewpub tap lists to find the very best places to visit. As my family can attest, I have a preternatural ability to turn even a trip to the supermarket into a minor beer-inspired adventure. Despite my usual preference for heavily brew-laden destinations, a recent trip provided some great and entirely unforeseen experiences.

In August, I flew to Alaska with my family for two weeks of traveling and hiking, with beer playing a definite backseat role to the primary purposes of our visit. With just over a dozen breweries and brewpubs sprinkled throughout the enormous state, I made early peace with the trip’s itinerary and even managed to wrangle a few beer-focused days in Seattle before heading to Fairbanks in the north of Alaska.

When I travel, I’m occasionally reminded just how spoiled we are, who live and socialize in America’s best drinking cities. Whether you’re from New York, San Francisco or any metro-area in between, your local liquor store’s inventory list likely reads like a United Nations of beer. Here in the Hub, we run into foreign visitors from the United Kingdom, Belgium and Germany who lament that Bostonians can drink specialty beers that they can’t even find back in their respective homelands. (Hey Osakans, having trouble finding the Angry Boy Brown Ale from Baird Brewing in Japan? Try Liquor World in Cambridge, Mass., just down the street from my house.) Dedicated beer lovers have to be careful not to take the amazing selection for granted.

While trips to Portland, Ore., San Diego and Seattle are great rewards for beer geeks, it took a trip off the beaten path to remind me just how far craft beer has penetrated the consumer drinks marketplace. After arriving in Fairbanks and checking into our room, we headed directly to the hotel bar. A little bleary eyed from the long travel day and the mystifying experience of daylight at 11pm, we had to rub our eyes again when checking the tap list. Expecting the familiar red and blue taps of Anheuser-Busch, we saw only the distinctive handles of Silver Gulch Brewing and Alaskan Brewing. Ready to settle for American light lagers, we enjoyed a full-bodied European lager and a German-style Pilsner, as well as several excellent ale offerings.

And so the selection was to be throughout our Alaskan excursion. In every bar we visited, from upscale restaurants to townie haunts, full-flavored craft beer predominated. We expected to find Alaskan and Midnight Sun Brewing, but were pleased to also enjoy small brewery offerings from Anchorage to Denali and further afield, without having to exhaust our options. And despite cocktail napkins proclaiming Budweiser as “Alaska’s favorite beer,” we saw it on draft only a single time in two weeks and in bottles once or twice more.

While surrounded by world-class beer in the Boston area, my enthusiasm for craft beer in recent years has never been higher than when I stumbled upon an apparent dive in Fairbanks. Scouting for a place to have lunch and an Alaskan IPA, I passed through Big Daddy’s BarB-Q’s sketchy exterior to find one of Alaska’s great watering holes and most unlikely beer bars. With 10 Alaskan crafts on tap, including several obscure offerings, Big Daddy’s offers America’s “northernmost Southern barbecue” and anecdotal evidence that craft beer’s influence extends beyond the inclusive environs of major metropolitan beer bars. From hunters to accountants, the crowd was enjoying craft beer.

So whether you spend hours checking out every beer hall listed on the web or you just wander into a place that catches your attention, always try to make time for beer-related travels, big or small. ■ 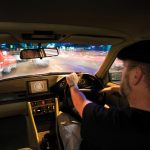 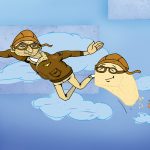