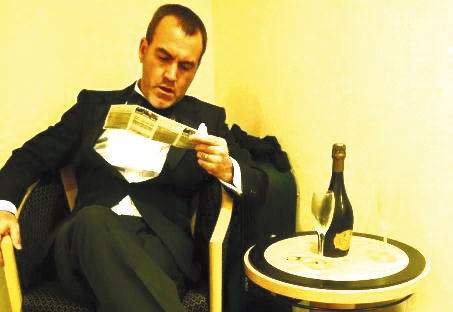 One year ago today, I was clearing out my locker in a traditional brewery in North Yorkshire, England. And for the fourth or fifth time in my career, I was facing the prospect of having to refer to myself as a brewer in the past tense. There’s nothing worse than being someone who used to do something they love.

After that, Martha and I had a work-free month of restful poverty before we boarded the Queen Mary II for a 25 mph drifting across the North Atlantic, which finally took us back to our old home of Cambridge, Mass. At night, we got dolled up in the obligatory black tie (I got mine from a Yorkshire charity shop; Martha wore her wedding dress) and went for dinner with a bunch of friendly co-migrants. “My, you really have a passion for beer,” exclaimed one of the lovely older ladies at our table, after hearing me rocket through another one of my explanations of why beer is so much cooler in the United States. Our table’s sommelier was less than sympathetic, but I didn’t give a damn: We were floating toward my brewer’s fantasyland.

In the afternoons, Martha and I could usually be found out in the sea fog, perched in a hot tub on the windy and chilly bow, like two flies in a teacup on the hood of a big old car. People looked at us as though we were slightly mad, but there’s nothing like floating in a hot tub in the middle of the Atlantic surrounded by the upper middle classes, when you know that when the ship’s horn blows in Brooklyn, you’ll be dragging your suitcases to the Greyhound terminal toward a new life full of uncertainty and probable unemployment. By evening, we were back in our glad rags for a meal, a few abortive attempts at a waltz and then over to a dark table where any pocket of silence would have me blurting about starting a new beer “project.”

The probability of our “project” was looking bleak. We had no brewery, no distributor and not much money—only a small drawing I did of a grain of barley called Jack D’Or with a handlebar mustache.

But we made it to Cambridge, and we found jobs between the two of us, and suddenly I was free to try and make it happen. We drew up the paperwork at a donated table in a stiflingly hot, scruffy apartment. We did a test brew in my friend Aaron’s garage. We drank it, we absorbed it through every pore, and then we sunk every last penny we had into grain, yeast, hops and the brewery fees. And so, Jack D’Or was born, bottled and labeled by hand, and sold to a few places—and Pretty Things came into being.

But why am I back, and where does Pretty Things really come from? Did Jack D’Or spring from Yorkshire’s wonderful, rich old tradition, or from Belgian monks and farmhouses, or from American innovation? Well, the truth is that Jack is from New England, but he’s full of the magical authenticity of European beer and brewing. He’s more than a label; he’s the embodiment of my primitive, earthly understanding of beer. And the ironic thing is that Jack could have no life outside the US beer scene, because the people who drink beer here in the US are just crazy and creative enough to value my take on the whole thing. The greatest thing (and before you ask, there is no worst thing) about the American beer scene is the American beer drinker: That’s why we’re here, and that’s why Jack had a chance to leap from a pencil drawing and from my 4am Yorkshire mornings into a stemmed glass in Allston or Cambridge and beyond. ■ 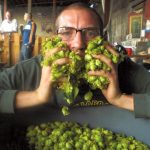 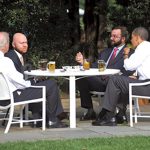