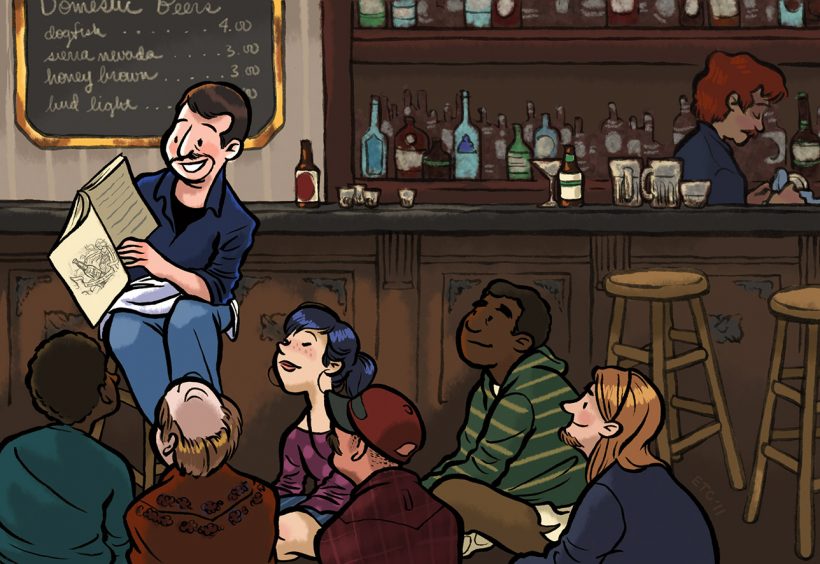 Gather around, fellow beerphiles, for another edition of Beer Story Time.* Once upon a time, the lands that became Germany were not the rigid lager monocultures we know today. There were wild beers, beers that were ales, beers with spices, strong beers and weak beers. Heck, these proto Germans were damn near Belgian-like and not yet completely stamped and shaped by the “sacred” Reinheitsgebot mold.

And in that magical land before time stood a city of the Hanseatic League called Dortmund, where a native beer style reigned supreme before being killed by Munich Dunkels, home-grown variants, Dortmunder Export and, finally, Pils. Adambier, named for the biblical Adam for the visions it would induce,** was a dark, strong, malty and well-hopped ale that would traditionally be aged for a year,  souring slightly like a British Porter.

So potent was Adam that upon arriving in Dortmund, the famously hard-drinking Frederick William IV, king of Prussia, downed a giant mug (or mugs) of beer and passed out for a full day. This king, deeply devoted to images of noble Teutonic knights, was dead to the world after his tipple. Great ad line for a brewer: “The Beer of Promptly Passed-Out Kings.” But sadly, just before the World War I era, Adambier started to go the way of the dodo. Several turn-of-the-century texts make reference to samples, but devote few words to the style.

With no current examples from Dortmund, looking at what remains is the best plan of attack to pull a Jurassic Park. Chief among these: the classic Alt beer, one of the last wheat-free German ales. The cold-fermented beer builds its malt character on a base of Munich malt. The toasted bread provides cover for the burst of Spalt hops that provide bracing bitterness. It may not be a West Coast IPA, but a traditional Alt’s highest OG (original gravity) is in the mid 1.050s, while the IBU range is in the 40s and 50s.

That’s a good start, but even closer to the original are the secret Alts, aka Sticke Alt. Several years back, Zum Uerige began exporting bottles of their Sitcke (5.5 percent) and the stronger Doppelstick (8.5 percent). These holdovers provide the key to understanding the lost species.

So we start with a base of Munich for the body blow. Since I’m a lazy brewer, not feeling the sweat and labor of a decoction, I’ll add a portion of melanoidin malt to provide that decoction-esque kick in the pants. A dose of Special B provides chewy raisins and a bit of roastiness, while Carafa adds darkness.

Due to the beer’s historical origin, the malt would have been smoky from drying. To replicate this, we’ll add a portion of smoked malt. Hair of the Dog uses a portion of peat-smoked malt in their Adam beer, but I loathe peated malt and prefer instead the softer, regionally appropriate Beechwood-smoked rauch malt. All of this yields a burly bugger of 1.100 specific gravity.

Spalt hops, being hard to come by, are replaced in my version by a bittering charge of Magnum and flavor additions of Spalt. When the German ale yeast gets through with the wort, we should have a rich, pleasantly smoke-tinged glass, worthy of giving a king sweet dreams.

* The stories told during Beer Story Time are in no way, shape or form guaranteed to actually be true. Think of them the same way you think of your buddy’s wild adventure tales told over a couple of pints.

** I completely made this up, but it sounds good! 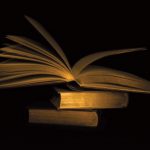 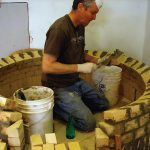