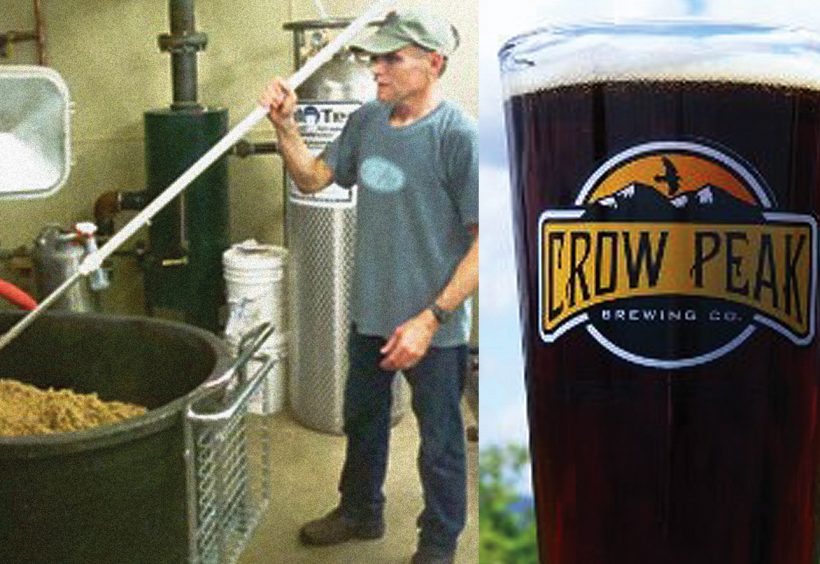 There was an elysian time in this country when just about every region of the United States was served by a local or regional brewer. National breweries existed, and business practices weren’t necessarily progressive, but there was plenty of beer. Then, somewhere between Prohibition and the fall of the Berlin Wall, beer got boring. Pockets of beer culture survived and reemerged to launch the craft beer movement, but much of the country was left wanting. States like South Dakota saw their options dwindle to a handful of major brewers and even fewer craft options from each coast.

However, the denizens of the Black Hills region of South Dakota were not doomed to wallow in mediocre beer choices forever. In the true pioneering spirit of the West, brewer Jeff Drumm brought beer to a place it hadn’t been in almost 70 years when he opened Crow Peak Brewing Company in Spearfish, S.D., in 2007. Thanks to Drumm, South Dakotans have been drinking beer brewed in their home state for the first time since 1942.

What’s That?
Drumm, a former military kid who grew up all around the country as well as in Germany and England, and his wife, Carolyn Ferrell, realized that their move from San Diego to Spearfish would be fraught with unexpected challenges when they found themselves in need of a beer at a local bar.

“We went into a bar one time and asked for an IPA, and the bartender didn’t even know that was,” Drumm says. So later, when it came time to brew his own beers, Drumm says he was “scared.” “I was initially worried about brewing an IPA because I didn’t know how well received it would be.”

The lack of beer knowledge outside of what television commercials propagated was both frightening and encouraging for Drumm. On one hand, the locals might be scared off by bitter or dark beers. On the other, tourists from the nearby Sturgis Motorcycle Rally were always looking for locally brewed beer when in town. That could be just enough of a hook in the niche market to get started.

Drumm decided that South Dakota had gone long enough without a local brewery, and brought craft beer—including his flagship 11th Hour IPA—to South Dakota with Crow Peak. “I just kind of saw the opportunity,” Drumm explains. “I went into a liquor store and all they had for craft beer was Sierra Nevada and Red Hook … it was fairly limited. Just talking to some of the people around here, I realized that there was some acceptance of craft beer, it was just growing slowly. I thought it would be a good niche to fill. So I took that gamble, and it paid off.”

Crow Peak—which draws its name from one of the Black Hills peaks that’s visible from the brewery—started as a small operation, as Drumm was brewing on a 5-barrel system that did just enough to keep the beer flowing at the brewery’s taproom. Then along came investors Josh and Tanya, along with Shayne and Stephanie Orth, who joined Bob and Jan Ferrell in providing the capital to boost Crow Peak into a full-fledged production brewery.

The brewery now boasts a 30-bbl brewhouse and, since 2010, a canning system that allows Crow Peak beers to find their way to store shelves around the Dakotas. Plans are in the works to expand into Nebraska and western Wyoming later this year.

If You Want Something Done Right…
Drumm doesn’t pretend to be a messiah. He did not go to South Dakota to save the people of the Black Hills from themselves—that sort of self-righteous attitude doesn’t get a man very far out there, and that’s exactly why he and his wife decided to move there.

Ferrell was born and raised in the region, and the couple liked the slower pace and community values of the people in the area. It was something they found to be lacking amid the hubbub and sprawl of San Diego. The pair decided to move back to Ferrell’s home state to raise their young family in a friendlier environment. Unfortunately for Drumm, he found South Dakota to be lacking in one element San Diegoans have in abundance—beer.

“When I came here and there were so few craft beers here when I was visiting from California, I thought, wow—if we are going to move here, I need to have some good beer to drink,” Drumm says. “South Dakota is behind the times in the craft beer market, but I can see they’re catching up … just going to the grocery and seeing the increased amount of craft beers you can buy now, as opposed to what I saw when I first visited here, it gives me encouragement. San Diego has a great craft brewing culture, and I would like to bring that up here to South Dakota as well.”

Since there were no local breweries for him, and there hadn’t been since the closing of the Dakota Brewery in 1942, Drumm decided to build his own. He was an avid homebrewer during his former life as a biomedical researcher, and decided that it was time to take his hobby to the next level.

“Growing up in Europe, I got a sample of a wide variety of lagers and ales available there,” Drumm says. “When I moved back to the States, I decided I wanted to try the hobby of homebrewing. I started with the kit like most homebrewers do. I enjoyed it a lot and progressed on, started developing my own recipes and moved on to all-grain homebrewing. I did that progression, and I always enjoyed the new challenges that came with each step. That’s when I realized it was something that I would love to do on a professional level.”

Good, Local Beer
Drumm isn’t exactly bringing San Diego to South Dakota. A tongue-ripping Double IPA dry-hopped three times and then pumped through a tap line filled with hops may get Southern California beer geeks hot and bothered, but would likely be met with skepticism at best in his new home state. Instead, Drumm keeps his focus simple. “My philosophy is to brew the best beer that I can and share the passion I have for beer with the patrons that come into my place or buy our beers off the shelves,” he says. “I really want to show people that there are alternatives to the big boys. … I’m taking pride in an alternative that is fresh and local.”

Of course, like any good craft brewery, Crow Peak does brew an IPA—11th Hour—and it is the brewery’s biggest seller. And although San Diego hop addicts may not be burning up internet trading forums with requests, the beer packs a punch at 70 IBU, from a generous helping of Cascade and Amarillo hops. Crow Peak’s other big seller is a robust Porter dubbed “Pile O’ Dirt Porter.” It bursts with coffee and chocolate flavors, and proves to any doubters that beer doesn’t have to be pale and bubbly. Pile O’ Dirt Porter and 11th Hour IPA are both available in six-packs and on draft, while the rest of Crow Peak’s beers can be found at the brewery’s taproom.

South Dakota will probably never look like Southern California in a lot of ways, but that’s part of what makes the state so appealing—that, and intrepid breweries like Crow Peak.

What’s On Tap
Pile O’ Dirt Porter: Robust Porter with chocolate and coffee notes. A very dark beer with a tan creamy head – 6% ABV
11th Hour IPA: Amber-colored beer with caramel malt flavors. Hopped to 70 IBU with Amarillo and Cascade hops – 6.5% ABV
Canyon Cream Ale: Light in body with low hop bitterness, and just a slight fruity note to it – 5% ABV
Spearbeer: A Pale Ale named after the brewery’s hometown. Hopped with Cascades – 6% ABV
Chili Beer: Brewed with locally grown Anaheim and jalapeño peppers, with an Irish Red Ale as its base. The peppers add a good amount of spice, but not a ton of heat – 6.5% ABV

What He Said
“It was just something that I wanted to do. It was a passion with me. South Dakota is kind of a desert—or, it was a desert—for craft beers, so I was also trying to bring craft beer here.” —Crow Peak founder Jeff Drumm, on starting his brewery ■ 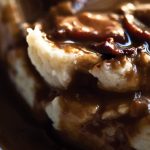 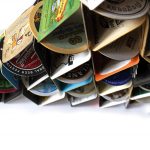