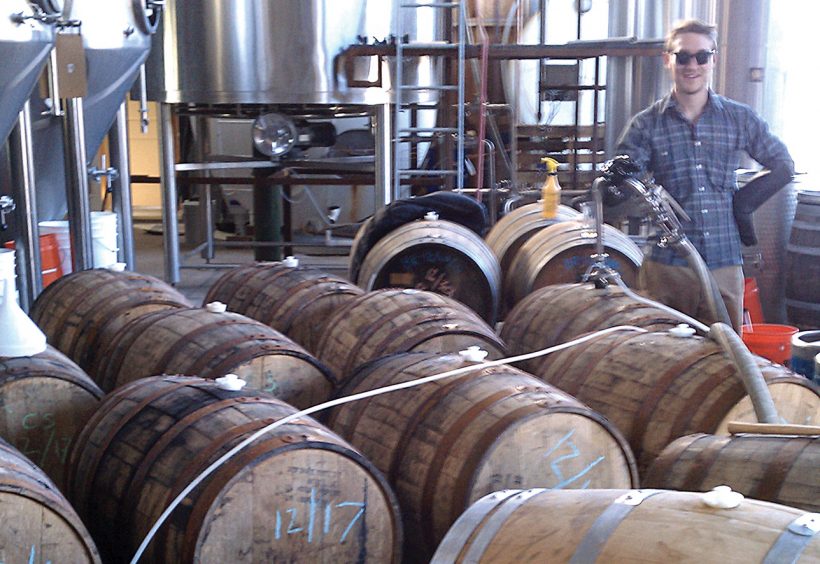 Is there a certain way that brewers go about doing business? Once a brewer has put in the effort and made a quality product, how much energy do they have left to fight the larger battles? And what happens when sitting idly by doesn’t seem like the right thing to do? That is the situation that Austin’s Jester King Craft Brewery finds itself in, as it has taken the Texas Alcoholic Beverages Commission to federal court, alleging that the Texas ABC is violating Texas brewers’ 1st and 14th Amendment rights. Meanwhile, Jester King is producing some of Texas’ most intriguing beers in a style that seems more suited to Belgium than the American Heartland.

Fed Up
Texas brewers have been working toward revising the state’s restrictive alcohol laws for years. Breweries want to change labeling laws that require beer sold in Texas to be labeled as “ale” if it is over 4-percent alcohol by weight, and “beer” if it is below 4 percent (care for a nice English Mild beer, anyone?). They also want to be able to tell customers where their beer can be purchased, and to provide descriptive language on their labels that refers to the strength of the beer (e.g., Belgian Strong Ale), and to sell beer directly from the breweries—just as wineries in the state can. They also want brewpubs to be allowed to distribute their beer.

Essentially, brewers want the same freedoms granted to the Texas wine industry (and wines imported to Texas). The previous plan of attack was to go through the Texas Legislature, which meets every two years, with bills aimed at easing these regulations. The bills have always gained a good deal of attention, but have yet to pass for various, frustrating reasons.

“It’s been something of a Groundhog’s Day,” says Michael Steffing, one of Jester King’s three managers/owners, along with his brother Jeffrey Stuffings and their partner, Ron Extract. “The Texas Legislature meets every two years, and by the end of that waiting period, all the brewers are getting optimistic, and it leads up to a lot of disappointment every two years … going through the courts is our next option.”

According to Extract, the original idea for the lawsuit began with Jim Houchins of Authentic Beverages, a distributor and co-plaintiff in the case along with the bar and restaurant Zax Restaurant & Bar, who wanted to get as many plaintiffs as possible to sue the state commission. “When we were approached by this, we hoped to build consensus and have it as a Texas craft brewers’ action and not just a Jester King action,” Extract says. “Unfortunately, there wasn’t enough of a consensus for that to happen.”

At press time, the suit was drawing plenty of media attention, but making slow progress. The plaintiffs have filed a motion for summary judgment, asking Judge Sam Sparks to side with their case immediately, and expecting the Texas ABC to file a similar motion—thus beginning what could be a lengthy and costly legal battle, albeit one that the plaintiffs believe in.

“The simple answer is that there are laws here that we feel are unfair and, in many cases, are unconstitutional,” Extract says. “All other efforts to change them have failed, so a lawsuit seemed like the way to go.”

No Strangers
Extract was a late addition to the Jester King team. He previously worked with Shelton Brothers as a beer importer, and was looking to start his own brewery or get in with a group that was doing the same. He happened to find Jeffrey and Michael, and things progressed from there. “We connected down in Texas,” Michael Steffing says. “It was fortuitous and, knowing that [Extract] worked at Shelton Brothers, there was some respect to what he was doing. They’re bringing great beers into the country.”

Extract’s experience with importing gives him an informed perspective on changing laws that charge hefty taxes on foreign brewers who want to sell their beer in Texas. Such taxes make it very difficult for Texans to enjoy the kind of beers that sparked the brothers’ curiosity.

Jeffrey Stuffings is also well versed in the complex and convoluted workings of the legal world, as he spent the earlier portion of his professional life as a public defender. Although he found the work rewarding, a higher calling seemed to be lurking in the form of tiny bubbles popping around in a three-piece airlock. “I enjoyed that work, but friends of mine introduced me to homebreweing, and it kind of became an addiction, where it was all I wanted to do was brew,” Jeffrey says. “It was kind of a situation where I’d spend time at my old job just fiddling around on Promash instead of working. I just felt it was something I had to do.”

Michael, who had been spending his days crunching numbers for an investment bank in Chicago (where he was very familiar with Shelton Brothers and the work they did), eagerly joined his brother in an endeavor to build a new brewery. With Extract on board, the plans began to take shape, and the brewery was built.

Texas Terroir
The original plan was to build Jester King in an industrial part of Austin, but when a local farmer just outside the city contacted them and offered his 200-acre farm as a brewery site, the three managing partners accepted. Not only is it a picturesque location in the Texas Hill Country, but the nearby orchards lend a strain of wild yeast that find their way into Jester King’s beers.

Portions of the brewery’s interior look like a scene out of Breaking Bad, as the floor is littered with carboys filled with bubbling yeast experiments. Jester King uses an open fermentor, kind of like a small coolship, filled with wort, and lets the wild yeast do its work. From there, samples of the fermented product are sent to a lab, where the beneficial strains are isolated and sent back. Those strains then find their way into Jester King’s wild beer, as many of their labels undergo a secondary fermentation in secondhand whiskey or wine barrels.

“The idea of terroir is very important to us in having the flavor profile of our beers be reflective of the land and atmosphere that we exist on,” Jeffrey Stuffings says. “In addition to the way we use yeast … we don’t use city water. We could if we wanted to, but instead we use it from a Hill Country well on our property, which has a unique mineral character that is one of the signatures of our beer.”

“Unique” is an apt description of Jester King, which ferments its Farmhouse-style ales in an actual farmhouse, using a Franco-Belgian Saison yeast as its house strain, followed by a secondary fermentation for many of its beers in the oak barrels. It is a painstakingly slow process, one that is just now starting to reap commercial benefits as the young brewery begins to open those barrels, some of which have held beer for over a year, and bottle their blended contents.

“I think at the most fundamental level it was just wanting to brew beers that were very unique—not only to Texas, but really to the South,” Michael says. “We don’t know of any beers being brewed like this down here. … As we say on the bottles, we brew what we like. In our case, it happens to be beers that really only reach a level of expression over a long period of time. It’s just a result of brewing what we like.” The next step for Jester King will be calling their beer what they like, and telling their customers where to get it. That, however, remains a decision for a federal judge. And like a good Wild Ale should, that too will take time.

What He Said
“It’s not so much just hops and malt being the axis on which we chart the flavors of these beers. There’s also a vital, and perhaps more important, yeast component—a third axis that we like to describe our beers along.” – Jester King co-owner Michael Steffing on the off-beat flavor profile of his beers ■ 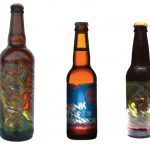 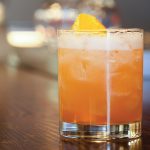