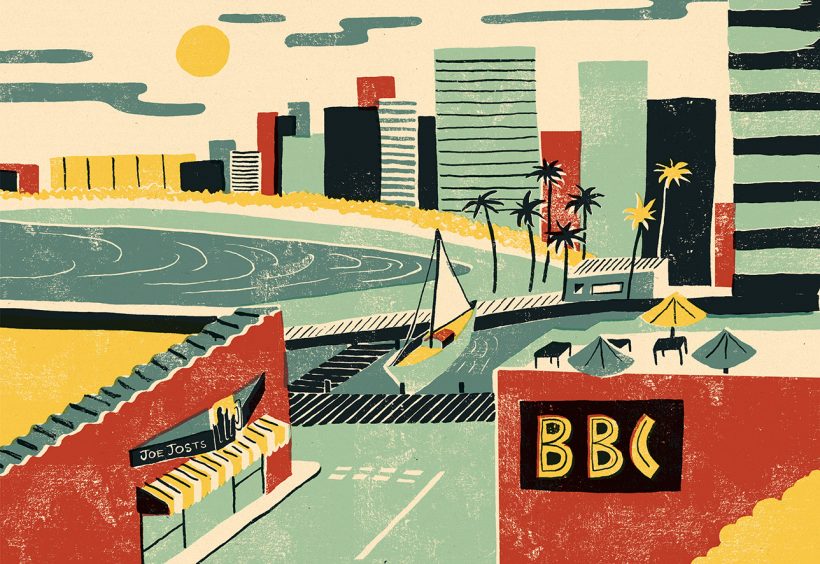 Locals like to claim that the city of Long Beach, Calif., only exists to those who live there, a statement that for most people reading this—fans of rapper Snoop Dogg or ska-punk band Sublime aside—is probably true.

Only 20 miles south of downtown Los Angeles, however, the autonomous port city of a half-million people is worthy of note, if not for its status as the most ethnically diverse city in the country, then for its recent growth into one of Southern California’s newest craft beer hubs.

While an up-and-coming craft beer community on the West Coast might not sound very original, Long Beach sits on some interesting industry history. It is home, for example, to Joe Jost’s—one of the oldest continually operating taverns west of the Mississippi (since 1924!)—and Belmont Brewing Company, Southern California’s oldest-operating brewery. Long Beach is also the birthplace of Yard House—a restaurant chain notorious for its 100-plus tap list—and Stein Fillers, Los Angeles’ eminent homebrew supply store.

In the last two years, taphouses have opened in the revitalized downtown, dive bars across the city have added craft beer to their lineups and local liquor stores now stock bottles from around the world. And in July 2011, Beachwood BBQ—one of BeerAdvocate’s top five places to drink beer in the country—chose downtown Long Beach for it’s second brewery location, which, along with Congregation Ale House next door, has turned a once-dilapidated stretch of the Promenade into a destination for local beer geeks.

Not quite LA and not quite Orange County, the LBC occupies prime real estate between these two reputable beer communities. And with its laid-back beach vibes and a slew of beer-converted neighborhoods, this sometimes-forgotten city is an urban oasis poised to bridge the gap.

Congregation Ale House
Haters say the stained-glass logo and Catholic schoolgirl uniforms here are sacrilegious, but someone above must be looking out for them because their endlessly rotating tap and dizzyingly long bottle lists are some of the best in Greater LA. The food is cheap, too, and there are good deals on many domestic and international beers (it’s the only place in the city to find all of the available Trappist beers).

Benson’s Liquor
Unlike most bottle shops in town, Benson’s reserves more than half of its cold storage for craft beers, which regularly includes Dogfish Head 4-packs and rows of Stone bombers. And don’t be afraid to ask the clerks what they’re hiding in the back—this is the type of place where Pliny the Elder and Kern River bottles are given out (one per customer) by request only.

Belmont Brewing Company
BBC has been hosting beer-lovers in Long Beach since the beachfront brewpub opened in 1990. An outdoor patio stretches onto the sand toward the Pacific Ocean, and a shiny 7-barrel system churns out five year-round house beers, like the Long Beach Crude—a dark, roasty Stout that pays homage to the area’s oil-rich beginnings—and Strawberry Blonde, the only Long Beach-brewed beer that is bottled and distributed outside the city.

33 Degrees [closed]
33 Degrees is the only useful establishment in Shoreline Village, a boardwalk-style tourist trap that thrives mostly on the summertime sales of funnel cake and “Long Beach, CA” T-shirts. A steady beer lineup and an imaginative food menu are pluses here, but attention from the waitstaff is intermittent, so stick to the bar for liquid service.

The Abbey
Until recently, The Abbey in neighboring Seal Beach was the only place for Long Beach drinkers to get a good Belgian-style beer on draft. Nothing too obscure, though, just a reliable list of favorites from Unibroue, Chimay, Affligem and the like. There are several options for European beer closer to home these days, but this is still a worthwhile stop-off spot on the way down Pacific Coast Highway.

Beachwood BBQ and Brewing
This newly opened sister location to the beer-geek favorite Seal Beach haunt offers 24 rotating guest taps, just like the original location, but also includes a number of solid house beers, brewed on site by homebrewer-turned-headbrewer Julian Shrago. In its first five months, Beachwood released four different West Coast-style IPAs—but Shrago can also mix it up, churning out a repertoire of approachable and adventurous brews. Look for more on Shrago and Beachwood in this issue’s 9 Steps column (pg. 18).

The Factory
When The Factory opened in 2009, its taps were the only ones in the city carrying California breweries such as Green Flash and Firestone Walker. There are only nine handles here, but they are usually home to interesting seasonal kegs—such as New Belgium’s La Folie and Cismontane’s Double Rainbow IPA—and the owner also offers beer dinners and events with local brewery reps.

Stein Fillers
Long Beach has long sustained a huge homebrewing community, and at its nucleus is the supply store Stein Fillers. Not only does the airport-adjacent shop sell everything from starter kits to professional kegging systems, but it also provides recipes and classes, and is the home base for the very active Long Beach Homebrewers Club.

Tavern on 2
Surrounded by clothing boutiques, upscale ethnic restaurants and college-catering sports bars, Tavern on 2 is an anomaly on Belmont Shore’s Second Street. The beer list does not attempt to top its signature dish—a decadent oxtail poutine with duck fat fries—but instead provides a small-but-stable selection of complementary beers from La Trappe’s Quadruple on draft to Houblon Chouffe in the bottle.

4th St. Vine
2142 E. 4th Street, 4thstreetvine.com
Technically, 4th St. Vine is a wine bar, but it’s obvious the owners of this intimate space care about beer too. Well, at least they care about strong beer. There are only a few taps and maybe a dozen more beers in bottles and cans here, but Pilsners and Pale Ales are definitely in the minority. Most of the brews are high in alcohol, like North Coast’s Old Rasputin and Oskar Blues’ Gubna, both of which feel surprisingly appropriate for a wine bar that doubles as an art and music space.

The Pike
Named after Long Beach’s former waterfront amusement park, this restaurant-slash-dive-bar is frequented by the local tattooed cool kids and has a nautical-tinged punk aesthetic that no doubt comes from the owner, a member of local band Social Distortion. Once known for its stiff well drinks and Pabst Blue Ribbon specials, The Pike’s recently upgraded draft selection now includes craft favorites such as Lagunitas Pilsner and Stone IPA. They’ve even begun pouring specialty beers in tulip glasses, an upgrade from the place’s former all-pint philosophy.

Rock Bottom
Even after Rock Bottom streamlined their company’s beer recipes last year, brewmaster Hayley Shine has managed to fight the corporate taste by continually pushing boundaries with her monthly “Brewer’s Choice” beers that satisfy both geeky locals and out-of-towners spilling over from the nearby convention center. ■ 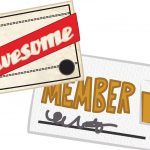 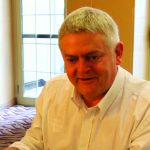