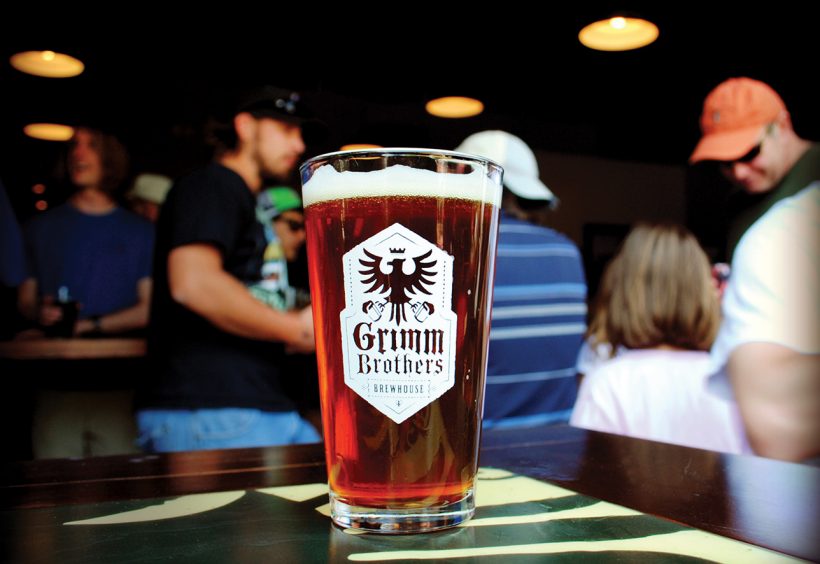 Once upon a time, in a distant land known as Northern Colorado, two homebrewers decided that 5-gallon batches weren’t enough. They’d brewed together, and knew that they had similar ideas about what good beer should taste like. So, with a little knowledge and a lot of courage, the duo set out on an adventure destined to change their lives … Maybe making the leap from hobbyist to professional brewer isn’t exactly the stuff of fairy tales, but it was a pretty big deal for Don Chapman and Aaron Heaton, two homebrewing partners who founded Grimm Brothers Brewhouse in Loveland, Colo., in 2010.

Brewing Chemistry
Chapman and Heaton come from different professional backgrounds—Chapman, Grimm Brothers’ president and head brewer, is an electrical engineer and still works his “day job” a couple times a week, while Heaton, the vice president and business manager, recently left his job managing corporate finances to focus on the brewery full time. However, they have one thing in common: a love for beer.

“We were just very passionate about beer,” Heaton says. “There’s a lot of people who like beer, but maybe they aren’t passionate about it. When we were brewing or trying new beers, we were always trying to figure out what ingredients we were tasting and which part contributed which flavors or aromas. We were trying to figure out what is coming from those components. That’s something we always have, is that drive and that passion for the industry.”

Not only did they share a general passion for beer, but as active members of northern Colorado’s homebrew club, the Liquid Poets Society, Chapman and Heaton discovered that they had compatible tastes, too. As active members of northern Colorado’s homebrew club. “We used a lot of the same grains,” Heaton says. “We were very similar to each other, and we had similar palates. It’s good to have things in common. I always like that we can go back and forth with recipes and tastes.”

The duo also shares a strong ambition. Although the brewery is still in its infancy, they have big plans for the future. “I always say that I won’t be satisfied until we can go to Germany and buy our beer off the shelf,” Chapman says. “That’s our goal is to start distributing farther—first, to more states, then eventually, internationally.”

No Fairy Tale
Chapman and Heaton decided early on that they would brew German-style beers, but had trouble finding a name for the brewery. “About three years ago or so, we were sitting in my living room and trying to come up with a name for a brewery,” Chapman explains. “My wife, who is a grade-school teacher … came up with the idea. We knew we wanted to be a German brewhouse, and my wife mentioned the Brothers Grimm. We both thought it was a stupid idea and too childish, but then we started reading the fairy tales, and we got into it.”

Once Heaton and Chapman started reading the often macabre stories from the Grimm Brothers, they decided that the moniker would only be childish if they took on the Disney versions of the stories—something they couldn’t do anyway because of the likely possibility of lawsuits. But there are no copyrights on stories old enough to be considered part of the public domain, so they embraced the Grimm Brothers image.

The result is a portfolio of beers with fairy tale-inspired names and label art, often with some of the darker imagery that makes the Grimm fairy tales so compelling in the first place. “It works out really well because we can tell stories about our beers, and the beers can have a background story of their own,” Heaton says.

True to Roots
The decision to brew German-style beers was primarily a business move. Chapman says that both he and Heaton brewed a little bit of everything as homebrewers, but recognized a dearth of German-style beers in northern Colorado. This explains how an Alt-style ale like Little Red Cap, which took a gold medal for German-style Altbier at the 2011 Great American Beer Festival, became the brewery’s flagship. It is traditionally clean tasting, although, like the axe-wielding heroine on the beer’s label, it packs a surprise—a burst of American hops.

“We still play around with fun styles,” Chapman says. “We say we’re German-inspired, with American freedoms.”

Chapman and Heaton approach new beers like true homebrewers. That innovative and experimental attitude led them to brew experiments like their bock beer aged in a barrel with Brettanomyces, plus beers like Snow Drop and Master Thief. Both represent old styles—Köttbusser and German Porter, respectively—that fell out of favor in Germany, but have found new life at Grimm Brothers.

Chapman and Heaton take pleasure in resurrecting old styles, like the Köttbusser, an ale made with honey and molasses that was outlawed after the passing of Reinheitsgebot. Another example is the Grätzer: a small, hoppy Polish beer brewed with heavy doses of smoked malt that Grimm Brothers will release as part of the brewery’s Fable Series.

For Chapman and Heaton, the opportunity to bring back old styles and play with new ones is all about having fun. “I’d say it was selfish,” Chapman says. “Not necessarily money selfish, we just have the opportunity to push these beers that aren’t produced anywhere, and it’s fun to do. That’s why we brew in the first place, because we like making beer. It gives us a chance to play.”

The way Chapman and Heaton talk about having fun at work, perhaps the Grimm Brothers moniker was a little childish after all. But as Heaton points out, enjoying what you do isn’t a bad thing. “Plus, you get to drink at work,” he says. “There’s nothing wrong with that.”

What’s on tap
Little Red Cap: A traditional German Alt, except for the addition of American hops. This is Grimm Brothers’ most popular beer, and it took a gold at GABF.
Snow Drop: A resurrection of an old German style Köttbusser, Snow Drop is brewed with oats, honey and molasses.
The Fearless Youth: A traditional Munich Dunkel.
Master Thief: A German Porter that boasts more chocolate than roasted flavors, as it employs dehusked German malts for its grain bill.
The Griffin: A traditional Hefeweizen.

What He Said
“You see the bigger guys are starting to experiment with German-style beers as well. We saw there was a market in northern Colorado, that there wasn’t a lot of German-style stuff. It was a good niche to get into, and we love those beers as they are.” —Aaron Heaton, Grimm Brothers Brewhouse vice president and business manager ■ 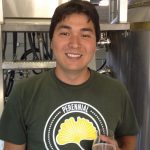 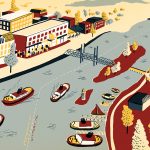