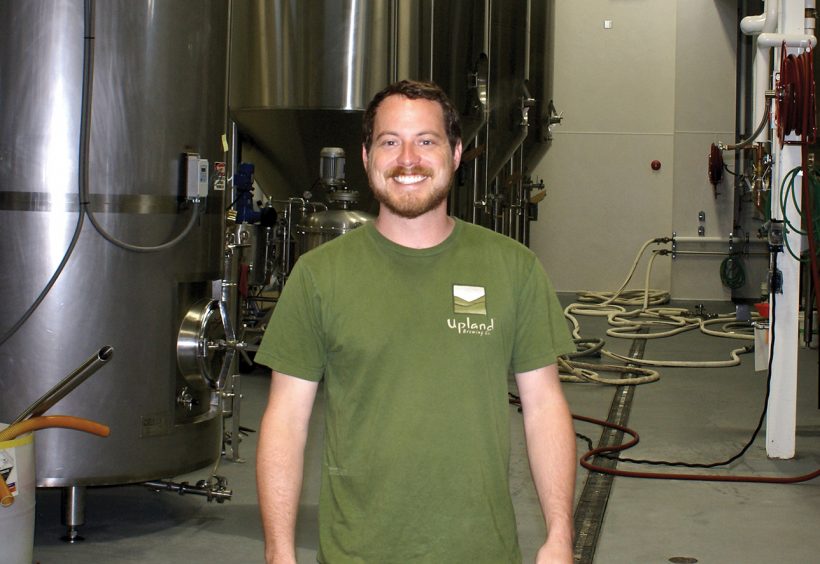 “Do you want to replace the ape on your website?” That’s the line that landed Caleb Staton his first job at the Upland Brewing Company. Out of brewing school and in need of a job, Staton noticed a photo of a chimpanzee next to the title “cellarman” on Upland’s website; he cold-called the brewery, and parlayed the chimp joke into a job washing kegs and cleaning tanks. Staton worked his way up the ranks at Upland. He’s now head brewer at the Bloomington, Ind., brewery. And there’s a picture of his own face on Upland’s website, not some ape’s, to prove it.

1. Drink your homework
Caleb Staton studied chemistry in college, and fooled around with homebrewing on the side. His science background connected him to the technical side of brewing—the biology, enzyme reactions and water chemistry that turns wort into beer. Plus, Staton’s friends enjoyed what he was making, and he didn’t mind drinking his mistakes. Staton didn’t want to wear a tie and sit in a cubicle when he graduated; instead, he shipped off to brewing school at UC Davis.

2. Come home
Staton is an Indiana native (born and raised in Muncie), but he says that when he got out of Davis, “I didn’t have Upland in my sights, by any means.” He quickly realized, though, that California wasn’t his speed. Staton cold-called a Davis grad at Upland, and talked his way into a job in the brewery’s cellar. “I said I’d stay at Upland for five years, hell or high water,” Staton recalls, “and after, I’d sit down and reevaluate, did I go to school for the right thing?” He made his years and then some, working his way up from the cellar to helping out with Upland’s bottling line, then working in the brewhouse and eventually landing the brewery’s top job.

3. Play both sides
At Upland, “we have a jump on both sides of the track,” Staton says. The brewery wins new craft drinkers with restrained, balanced recipes, then wows the geeks with high-gravity ales and barrel-aged sours. In a market like southern Indiana, Staton argues, where the craft segment runs far behind the macros, it’s important to do both. Two approachable flagship beers—a Belgian-style Witbier and a balanced IPA—have fueled Upland’s rapid growth. And their success has enabled the brewery to challenge drinkers with big Stouts, Tripels, Black IPAs and Lambics.

4. Make the leap
Upland recently completed an expansion that increased the brewery’s square-footage nearly seven-fold. At Upland’s old brewhouse, tanks protruded from the brewery roof, and the parking lot doubled as a warehouse staging area. “The way we’ve been growing,” Staton says, “the need for space is never-ending.” Staton’s crew walked a fine line for more than six months, building up inventories in anticipation of shutting down for the move, while still managing shelf life. “We were trying not to get too overextended. I’d like to think we planned for the expected problems, and dealt with the rest. We did set off a sprinkler head above the new brew kettle. That was the first batch we lost, and hopefully, it’s our last.”

5. Divide and conquer
While Upland’s new facility pumps out flagships and seasonals, Staton is converting the original location into a brewhouse dedicated to brewing sours. For years, he worried that sour microorganisms would contaminate Upland’s conventional brewhouse. “We never got dinged, but it’s always been a huge fear.” Separating the brewhouses eliminates that worry. Staton brews a variety of Lambic-inspired beers, as well as a Flanders-style Red and a Flanders-style Brown; having a dedicated space will allow a significant expansion of Upland’s barrel program. The logistics involved in moving the main brewhouse caused Staton to mothball half of his 200 oak barrels; now, he can start playing around again. “Each one is unique,” he says. “There are 200 individual fermentations happening, and each one takes on its own character over time.”

6. Bring Brussels home
Lambics are tied closely to the organisms floating around the air in the Senne River Valley. The style is as locally focused as beer gets. So when Staton imported the Lambic style to Indiana, he tried to balance the science behind Lambics with the local spirit embedded in the beer. Staton uses traditional ingredients and methods—unmalted wheat and a turbid mash—and the beer is fermented with a cocktail of yeasts and bacteria that mimic the microorganisms of Brussels, instead of being allowed to ferment spontaneously. He then ages the beer in local wine barrels, and re-ferments it on 3 to 5 pounds per gallon of locally sourced fruit. “Naming aside,” Staton argues, “we’re not making something that’s untrue to our hearts.”

7. Red means go
The Amber Ale that Staton inherited at Upland was a take on an Altbier. Staton scrapped it in favor of a more aggressive, Northwestern-style American Amber. Rad Red Amber Ale is hopped with Amarillo, Cascade, Cluster and Columbus; Staton turns the usual hopping schedule on its head, adding the Amarillo early, as a bittering charge, and dropping the Clusters in late, and in the dry hop. The hops sit on top of a heavy dose of Caramel 60 malt that gives the beer a deep ruby color. “I wish I could get it as red as a stoplight,” Staton says.

8. Show some style
Staton calls Dragonfly, his flagship IPA, “a Midwest IPA. It’s very approachable. It’s not tongue-thrashingly bitter.” The recipe bridges West Coast, East Coast and British interpretations of the style: It’s built on caramel malt and special roast, then hopped with Columbus, Warrior, Simcoe and Cascade. The beer clocks in at only 50 IBU’s, but liberal whole-hop additions in the hopback and dry hopper ensure a vibrant hop presence. “It has good bitterness, that piney grapefruit aroma, a nice sweet malt pleasantness, it’s attenuated,” Staton explains. “It all works together.”

9. Stick to your knitting
Upland’s house yeast used to be an English Ale yeast strain. Staton loved the esters it produced, but the yeast made production far tougher than it should be. Off-flavors from diacetyl were particularly worrisome. Staton didn’t want to dump the strain overboard, because “the ester is an important part of our house ales.” Instead, he blended it with Chico. Having Chico in the mix sped up fermentation, increased consistency and tamped down the butterscotch, but Upland was still able to hang on to the English yeast notes that give their beers character. ■ 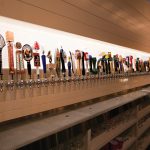 Previous: The Mayor of Old Town in Fort Collins, Colorado 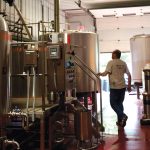