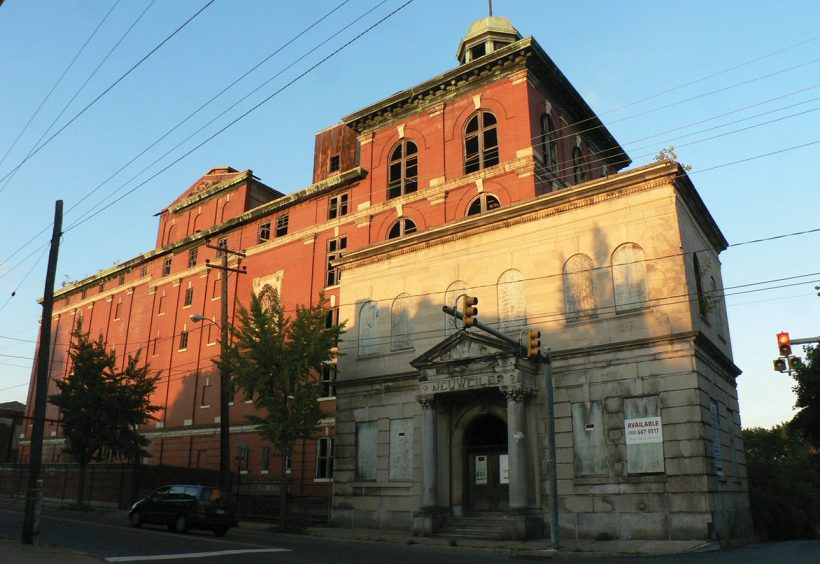 Ruckus Brewing has set its sights on the vacant Neuweiler Brewery building in Allentown, Pa. The New York City-based brewery has submitted a winning $1.7 million bid for the brewery’s 4.6-acre riverfront site. Ruckus is currently contract-brewing their offerings, and this building—which has been vacant since the 1960s—will finally give them their own brick-and-mortar brewing facilities.

Ruckus wasn’t the only party interested in the building; another proposal submitted for consideration included plans to convert the site into a film studio. In the end, Ruckus’ plans won the favor of the Allentown Commercial and Industrial Development Authority because it was viewed to be more in line with what city officials had envisioned as part of their neighborhood revival initiative.

According to city officials, one of the biggest draws to Ruckus’ plans was the production brewery, because many of the estimated 50 jobs provided could (theoretically) be held by neighborhood residents, and would pay well—another important factor, since nearly 25 percent of the area’s families have incomes below the poverty level. Ruckus hopes to have the brewery up and running sometime in 2014. Surly Brewing Company has made significant headway on their expansion plans. Surly had their eyes set on a 7.46-acre site in Minneapolis, Minn., but the site required an investment of approximately $2.5 million for cleanup and decontamination.

To obtain the money, Surly had been applying for state environmental cleanup grants. In early January, Surly was awarded a pair of significant wins from the Minnesota Department of Employment and Economic Development and the Metropolitan Council. The two grants combined secure over $1.5 million thus far.

According to various sources, Surly is also favored to win another $450,000 grant from Hennepin County when it goes to vote on January 29th.

In 2011, Surly, led by founder Omar Ansari, convinced the state Legislature to change the existing laws in order to allow production breweries to sell full pints to consumers, as was their plan for their destination brewery-in-planning. After the legal victory and an extensive search through available properties in the Minneapolis area, Surly decided on this particular location, which will eventually house a brewery, restaurant, beer garden and event center.

In New Hampshire, a proposal to increase the beer tax by 33 percent is drawing opposition from business owners and consumers. State Reps. Charles Weed (D-Keene) and Richard Eaton (D-Greenville) want to hike the tax from 30 cents per gallon to 40 cents, to raise funds for alcohol-abuse prevention and treatment.

Many New Hampshire beer geeks already travel to Massachusetts for the wider beer selection, but the tax hike could further drive business out of the state.

Bert Bingel, owner of Bert’s Better Beers in Hooksett, N.H., says a tax hike would “affect businesses up and down the chain,” from nano- and microbrewers to distributors and retailers. “I think that if they’re going to raise the tax on beer, then it should be equal and they should raise the tax on wine and spirits,” Bingel tells BA.

Democratic Gov. Maggie Hassan has stated that she will reject the bill if it makes its way to her desk. The increase would make New Hampshire’s tax the highest in New England; Maine’s rate is set at 35 cents per gallon, Vermont charges 27 cents and Massachusetts charges 11 cents.  –Courtney Cox Daniel Keeton of Bend, Ore., works at Boneyard Beer Company by day, but when he’s not serving samples to visitors in the Boneyard tasting room, he’s likely enjoying a brew with his dog, Lola Jane. Keeton’s not trying to get his pooch pal inebriated with an IPA—he’s pouring her a pint of Dawg Grog, a special non-alcoholic brew he crafted specifically for dogs.

“I had the idea about five years ago, while working in Bend as a bartender,” Keeton explains to BA. “[Bend] has a deep love for their dogs as well as for their craft brews. I wanted to put these two loves together and make a healthy treat for my own best friend, Lola Jane.”

Dawg Grog is billed as “a nutritional liquid treat for your best friend.” It’s made using leftover wort obtained from Boneyard Brewing, liquid glucosamine and organic vegetable broth. The popularity of Keeton’s brew has skyrocketed in the last month, with orders coming in from not just around the US, but across the globe. Keeton is shipping to all 50 states, but not yet overseas. “We are focused upon keeping momentum and delivering a quality product to all. … We would love to expand our business to be able to cater the requests we have been receiving—domestically as well as abroad—this will come in due time.”

A six-pack of pints goes for $36 (including shipping costs).

Bobby Mason, founder of the now-defunct Michigan Brewing Company, has seen better days. His brewery shuttered last spring after 17 years in operation. All its assets, naming rights and equipment were auctioned off in the summer. Now, the former brewery owner is facing another problem that won’t seem to go away: a $327,000 tax debt.

MBC received support from numerous financial backers, including Mason’s family members, who all ended up losing their investments. On a search for answers, the investors convinced the State Department of Licensing and Regulatory Affairs to conduct a securities investigation. The situation is made all the more peculiar by the fact that MBC was enjoying brisk beer sales—up to $100,000 of beer was sold per week in 2010.

Mason has communicated to the media that he’s not willing to discuss the reasons behind MBC’s closure just yet, and that he’s working on clearing up his tax debts, but he told the Lansing State Journal, the debt “will be over my head for a long time.” ■ 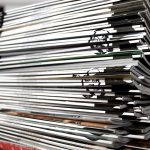 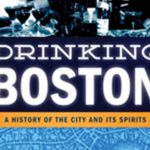