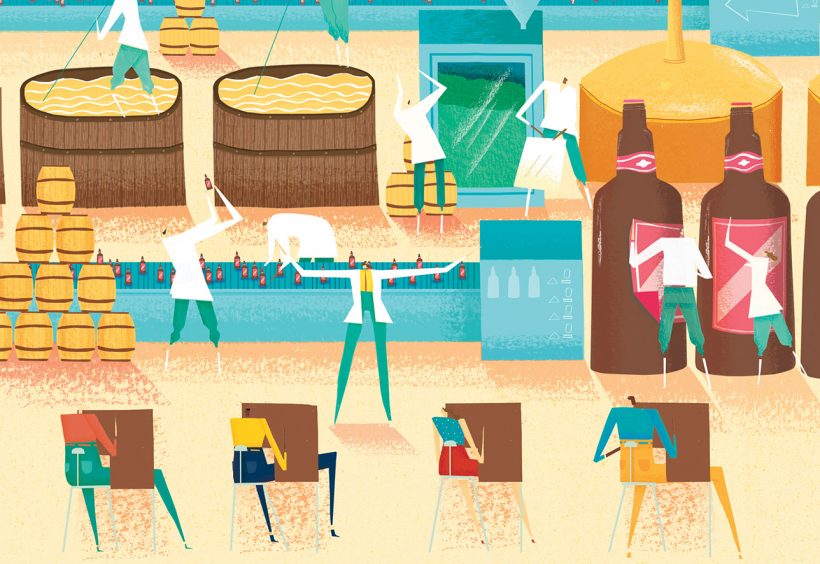 In 2010, Vilija Bizinkauskas graduated from Framingham State College with a degree in food and nutrition science. Her plan was to become a licensed dietician. A year later, she had achieved her goal, but wasn’t in a rush to find a full-time job in the field. In the summer of 2011, she snagged an internship at Cape Cod Beer in Hyannis, Mass. Bizinkauskas was elated—her favorite diatetics class was the microbiology course that covered fermentation science.

After spending the summer leading tours and tastings, helping the production crew fill and wash kegs, and cleaning a tank here and there, Bizinkauskas was ready to change gears and pursue a career in beer. And so, after a second internship at Blue Hills Brewery in Canton, Mass., where she learned the ins and outs of brewing under founder and head brewer Andris Veidis, and subsequently landing a full-time gig as a production assistant at Cape Cod in January of this year, Bizinkauskas decided to go back to school for brewing science. Currently, she’s enrolled in Vermont’s American Brewers Guild 22-week Intensive Brewing Science and Engineering course, a distance program that requires watching 10 hours of lecture material on DVD every week.

Bizinkauskas is joining the ranks of a growing group of people who are pursuing certificates and degrees in brewing science. It’s no mystery that craft beer sales, diversification of the market and enthusiasm for the industry are at an all-time high. As a result, already-established brewing programs continue to update their curriculums, and universities all over the country are stepping up to the plate by adding new programs and degrees in fermentation science.

When it comes to higher education in the beer world, Chicago’s Siebel Institute of Technology and UC Davis in California are the Ivy League schools of the industry. Siebel has offered brewing science courses since the late 1800s, and continues to add niche offerings (like a soon-to-be-offered cider class); UC Davis has offered a specialized brewing program through its extension school since 1958, as well as on-campus courses for curious undergraduates.

Another major player is Oregon State University, which has offered fermentation science as a field of study since 1995 and added specialized, professional development courses in May. Then there’s the American Brewers Guild in Vermont, which has offered both a distance-learning program and their hands-on, Craft Brewers Apprenticeship program, since 1995. The academic scope of instruction is wide ranging. Undergraduate and graduate programs, as well as specialized short courses are offered, while the cost can range anywhere between $300 and $18,550 or more for an advanced program.

But for all the diversity in offerings, one thing many schools have in common is a long wait list, particularly for Master Brewer programs like those offered at Siebel and UC Davis. Keith Lemcke, vice president of Siebel, explains that a significant uptick in application numbers started about five years ago. So, what caused the surge? “If you look at the contraction in the economy,” says Lemcke, “it means kids out of college are looking at getting a job in their field of study. In many cases, those jobs aren’t there or don’t pay well. And they say, I can get a job I studied for that I hate, or I can make beer for a living.”

In addition to those already working in the industry and wanting to beef up their brewing experience, like Bizinkauskas, many students are making career changes. Steve Parkes, the owner of the American Brewers Guild in Vermont, says he sees a lot of this.

“These are people who wake up one day and say, I want to do something different with my life,” Parkes says. “We’ve had veterans who’ve called us from Iraq saying the idea of coming home to brewing school is what’s keeping them going. We’ve had the student who discovered brewing in college, just graduated, and wants to take another year to learn. We’ve had retirees. And we have dozens of people who just can’t take it anymore. They get up in the morning and think, I hate this, why am I doing this? I want to do something I enjoy instead. That really is the signature feature shared by everybody that comes through the school at some level.”

Enter universities like Colorado State University in Fort Collins, Blue Ridge Community College in North Carolina, Auburn University in Alabama, and South College in Knoxville, Tenn. All have added courses or curricula centered around fermentation or brewing science degrees in the last year in order to meet the industry’s growing need for undergraduate and continuing education.

Some schools, like Colorado State, already had a brewing science course or two, but solidified a new degree option by adding classes. CSU’s new Fermentation Science and Technology major, modeled after the existing curricula from Siebel, UC Davis and Oregon State, includes new courses like Brewing Processes, Fermentation Microbiology, and Refining and Packaging Technology. The school is also in the process of building a brewery and adjoining classroom in the campus student center that will serve as a teaching lab.

Dr. Todd White, the program director of the newly developed Professional Brewing Science Certificate Program at South College in Knoxville, Tenn., created a 22-week program with the help of Marty Velas, the brewmaster at Smoky Mountain Brewery. White recognized a major need for a brewing science program in the South after realizing that the only other options were hundreds of miles away. For the first half of the program, which launches at the privately owned university this fall, students will spend the majority of their time in the classroom, taking the requisite microbiology and chemistry courses, as well as business courses that touch on marketing and branding. For the second half, students learn all the specifics about brewing—like malting, sparging, hop selection and quality control—on-site with Velas at Smoky Mountain Brewery, before capping off the course with a detailed, on-site technical case study at local breweries in the area.

Having found a lot of support from the local brewing industry thus far, White is optimistic that the program, also modeled after those at Siebel and UC Davis, will be successful. “Of course, the proof will be in the pudding, and time will tell,” he says. “Like anything else, there are programs that will last and some that won’t.”

But with all these new programs available, is anyone worried about flooding the market with highly educated brewers all looking for jobs? This is a concern that Steve Parkes, owner of the American Brewers Guild, as well as the staff at UC Davis and Siebel, have taken into consideration. “We have to be careful about what the market can bear. And maintaining the integrity of our programs depends on not turning ourselves into a diploma mill,” Parkes explains. He adds that having a wait list of two years or more for these programs is necessary to avoid a deluge of eager, qualified brewers into a market that isn’t ready to take them.

“Our biggest concern is the number of people trying to get into the industry, and starting up their breweries without any experience, knowledge or comprehension of what it means to be a professional brewer. That’s where we’re swimming against the tide, trying to educate people and give them a better chance of not producing bad beer, which is going to affect us all,” says Parkes.

Lemcke points out that jobs are plentiful in the industry right now: “About five years ago, I would see on average three or four jobs posted on the Brewers Association forum per week,” he says. “Now it’s like six per day. But anyone wanting a career in brewing needs to have some academic gravitas behind them.”

That gravitas is precisely what Bizinkauskas wanted. “I want to be a good brewer,” she says. “I don’t want this to just be a job, I actually want to understand it. Going to school was the next step. I think I’m a better employee because of it.” Bizinkauskas adds that being young and female has also created certain challenges. “A 25-year-old brewer is unusual, at least in this area,” she says. “I feel like I need that knowledge to help back me up and for people to take me seriously.”

And it’s an edge that helps, one that’s becoming increasingly important to those making the hiring decisions. At large breweries like Lagunitas—which is brewing at a pace of about 500,000 barrels per year and has more than doubled its employee count in the last two years—a formal beer education is something the people in charge prefer in new hires, says Ron Lindenbusch, the brewery’s chief marketing officer.

“If someone spends four years in college learning to brew, you can be sure they’ll hang around for a while, be ready and understand what it’s all about,” Lindenbusch says. “It proves a dedication to the industry.” He notes that, more than once, they’ve hired passionate homebrewers who don’t fully understand the nature of the work that goes into commercial brewing, and wind up quitting.

Charlie Bamforth, a highly accomplished brewer, researcher, writer and professor at UC Davis, takes the same approach with his master’s students. “I’m looking for people who are bright, talented, but have the right passion, enthusiasm and attitudes. I’m not necessarily looking for the next academic superstar. I’m looking for people I know are going to embrace the industry, and that means they’ve gotta have a good sense of humor but also [be] willing to work hard, [because] 99 percent of brewing is not sexy.”

As to whether or not a specialized degree in brewing science will eventually become de rigueur, much like an undergraduate degree is for most industries these days, time will tell. Parkes, for one, certainly hopes a brewing degree will become “the minimum standard an employer will consider when deciding who to put in charge of their mash tuns.”

What’s clear is that right now, the winning combination for successfully breaking into the industry is education and experience. And ultimately, educated brewers make better beer, which benefits everyone. “Can anybody brew beer? Yeah. It’s not rocket science,” says Bamforth. “But to produce it efficiently, consistently and excellently, a brewing education is important.” ■ 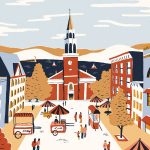 Previous: Where to Drink in Burlington, Vermont 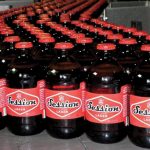