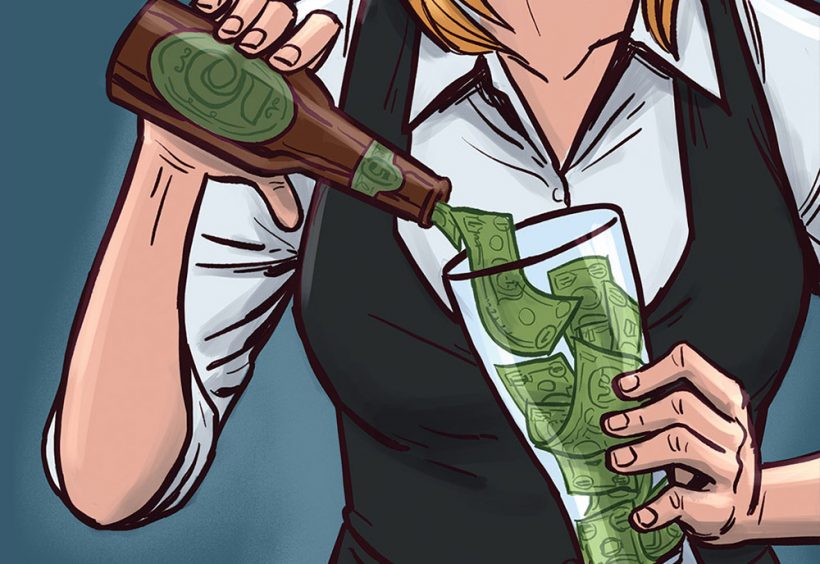 A little more than 10 years ago in these pages (issue #2) I warned of a new phenomenon, one I believed to be counter to the ethos of craft brewing. I worried that it would damage flavorful beer’s name and growth prospects. That it threatened the “egalitarian beverage.” This great foe had a name: price creep.

Ten years later, the source of my concern—a $10 six-pack of beer—now seems remarkably quaint. Ten dollar six-packs, if not four-packs, are routine today. Many likely even view them as a steal compared to the $18 or $22 four-packs that we also regularly find in breweries and stores.

The increase in prices corresponded to an increase in both the production volume and total number of craft breweries. Once scraping by on low margins and sales, the higher prices helped fuel growth for hard-working craft brewers. They were able to secure new tanks and build out bigger production spaces. They invested in taprooms, which became a huge hit with consumers. The higher prices also offered a further point of distinction between themselves and the mass-market domestic beers that were once only a buck or two cheaper. The perceived value of “craft beer” rose and the public started to take it seriously.

Ten years removed from the first beer pricing apocalypse, we find ourselves on the cusp of a new and potentially more destructive pricing wave. As pricing for craft brands reaches its outer limits, with $18 six-packs of Ballast Point’s Sculpin on convenience store shelves and $20 or $30 four-packs of rare cans in breweries, growth is starting to slow and the public is seeking value in other beverage alcohol categories.

In Boston, home to some of the most expensive beer pricing I have personally seen in this country, breweries and beer bars are even starting to drop their prices in hopes of spurring drinkers to linger for more than a pint. Some bar owners are realizing that instead of pours at $1 per ounce, consumers want value. They’re starting to take a closer look at the value brands in distributors’ portfolios. Instead of buying $300 half-barrels or $200 sixtels, inevitably causing consumer sticker shock, they’re looking at more reasonable keg prices to keep pint costs down.

As large regional and national craft brands start to see their growth trends flatten or even retract, they’re also starting to contemplate and embrace competitive pricing practices. These breweries are releasing more 15-, 18-, and even 20- and 24-packs of beer, often at substantially reduced prices per bottle or can as compared to six-pack offerings. This is a slippery slope, however, as such practices may threaten the reputation gains that small brewers have achieved. When craft pricing barely exceeds that of mass-produced domestic brands, consumers may become confused as to whether there is really a difference between the two options.

At the same time, many consumers want value from craft breweries. We need to find a happy medium. There are plenty of places in this country where bar and brewery owners make a good living charging 4, 5, or 6 bucks a pint. And while there is no parity between the costs of doing business in rural Montana versus Boston, pricing in big cities often seems way out of whack. The conversation about the future of beer pricing will be ongoing. Expect me to weigh in more than once a decade. ■ 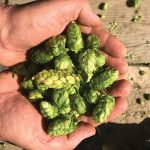 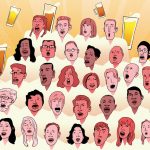 Next: All Together Now: Beer Choir Unites Drinkers in Song
Tags: Pricing, Six-Pack