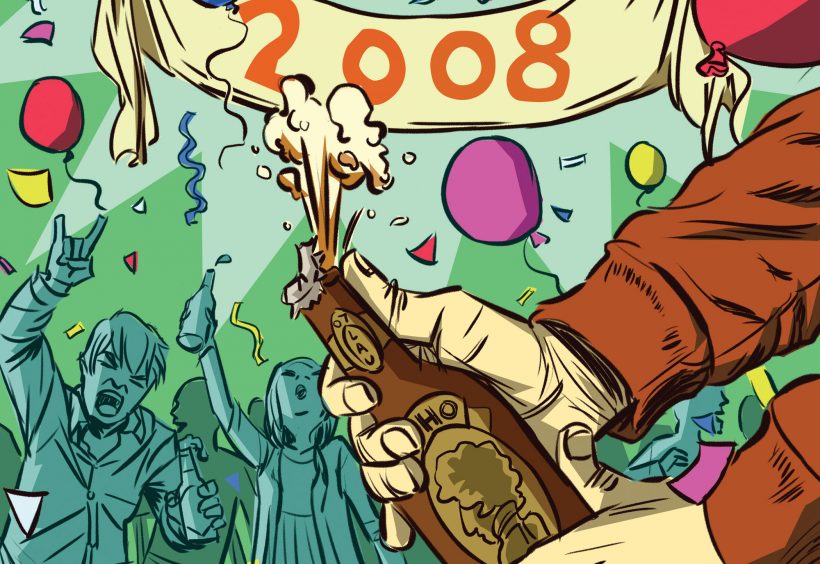 The end of the year is always a time for self-reflection, a time for people to stop and consider how they’ve lived their lives over the previous 12 months. While pondering whether to quit that crappy job you hate (yes), or spend more time with the family (also yes), it’s also a good time to take a moment to consider your relationship with beer.

Over the last year, I’ve focused several columns on how the beer industry can improve its performance and better treat its customers. To quickly recap: Adopt a standardized system of freshness dating, maintain fair pricing and print up beer menus. Now it’s time to turn the tables and tell beer drinkers how they can improve as patrons of good beer. Here are some beer resolutions to make you a better beer drinker in the New Year.

Drink with an open mind and mouth. Tucked deep down in our personalities, in a place where we don’t like to dwell, we are all stubborn people who hold views that aren’t easily shaken. This year is the time to tackle some of your common beer prejudices. First, try five or 10 examples of a style you think you hate. Every beer drinker, no matter how hardcore, has a few styles they can’t stand. I’m not a coffee drinker and don’t particularly enjoy roasted flavors, so I once avoided Porters. A few years ago, however, I forced myself to try Porters when they were available and something changed. While I still don’t drink coffee, I’ve come to adore Berkshire Brewing Company’s Coffeehouse Porter and believe it to be one of New England’s best beers. The experience gave me a newfound respect for this classic style.

Let your palate be your guide and don’t judge a beer by who brews it. Bashing the big brewers is a tired and outdated way of thinking. While big brewery representatives sometimes defensively sniff that craft beer is a fad, their operations can be forces of good that spread the word of better beer. It’s hard to argue that the Coors Brewing Company’s Blue Moon Belgian White product has not brought regular beer drinkers into the outer folds of the better beer segment. And when a brewery like Coors treats its flavorful beer products with respect, it’s a win-win for better beer fans. With this said, it is equally important that consumers and writers be ready to take big breweries to task when they don’t treat beer with respect.

Don’t (exclusively) worship at the altar of big beers. Big can be beautiful but it is not always better. There is no question that the extreme beer phenomenon has led to a gradual shift in the collective palates of beer drinkers. Alcohol levels on average—even in flagship pale ales and ambers—have slowly risen in recent years. While beer geeks are crazy for hop, malt and alcohol bombs, their rise in popularity has caused a loss of perspective. There is much beauty and complexity to be tasted and appreciated in smaller session beers that don’t ruin your palate after a few sips. Make a point to try the lowest alcohol beers at your local pub and see what you’re missing.

Travel is important. With very few exceptions, beer is best enjoyed closest to where it’s made and in the presence of the kind souls who make it. While your local beer store probably carries products from around the world, don’t let complacency set in. Arm-chair beer drinking, while relaxing, is no substitute for experiencing beer at the source.

Don’t be a ticker. Far from a solitary beverage, beer at its heart is a social drink that calls out for the company of fellow comrades. Note taking is fine and can help build your vocabulary and shape your knowledge about tasting. But remember, it’s OK to occasionally lift your head out of your notebook and clink glasses with your friends.

Don’t let beer websites or competitions tell you which beers you enjoy. As a corollary to the ticker resolution, beer-rating websites, including BeerAdvocate.com, and judging competitions, including the Great American Beer Festival, are not the final word when it comes to beer. If beer judges or fellow users don’t like your favorite beer, don’t sweat it. These helpful resources, and others like them, are not the Bible, they are merely tools to use on your beer explorations. And remember, not all competitions are created equal. Every brewery can dust off a medal or award somewhere. As always, let your own palate be your guide.

As we look back on 2007, it’s clear that craft beer’s reign of terror continues and will not “fade” anytime soon, as SABMiller CEO Graham Mackay suggested this past summer. But consumers, as the foot soldiers of the better beer movement, need to do their part to ensure that flavorful, fresh pints keep flowing freely from the taps. Happy New Year. ■ 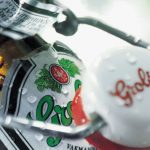 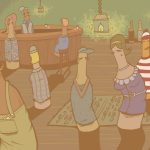