BeerAdvocate has hosted over 70 beer events since 2003. Our last one was Extreme Beer Fest on Jan. 31 and Feb. 1, 2020 at The Cyclorama in Boston, Mass. We were forced to scale the event down from 12,000 to 2,250 attendees, which took everyone back to our early beer fests; more intimate, focused, and curated. It was an awesome gathering of people and beers, but in the middle of one of the sessions I received an alert that the first confirmed case of COVID-19 was reported in Boston. Back home in California, my wife heard the news and sent me a message: “Please don’t touch your face or shake hands with anyone. Use hand sanitizer.” I took the advice. But when I passed the advocate to friends at the fest, and concerns that this feels like it’s going to get much worse, they laughed and shrugged it off as the flu.

We all know what happened next.

As for beer fests, it doesn’t look like we’ll be allowed to host any form of mass beer gatherings until at least the third quarter of 2021. I hope I’m wrong, but I’m firmly in the “better safe than sorry” camp and right now I have little faith in our collective ability to get our shit together any time soon. Regardless, there are still too many unknowns with the pandemic and its impact on events. Even if we can safely host beer fests again, how many venues will still be in operation? How will any lingering social distancing guidelines restrict venue capacity? Will enough people want to attend? How many people will be able to afford a ticket? How many will travel to the event? I could go on and on and have by mapping out nearly 100 unknowns.

Not being able to host beer fests might not seem like a big deal for some of you. I get it. There are far more important things to be worrying about and some of you simply don’t care for them. But for me, beer fests are an integral part of the beer industry, its community, and our business. For example, our Belgian Beer Fest would’ve happened in June, Extreme Beer Fest: Brooklyn in September, Extreme Beer Fest: Los Angeles in December, we were exploring a fourth fest, and our entire 2021 in-person event schedule is in limbo. Losing this revenue has been significant for us.

Then there would’ve been the thousands of people traveling to our fests, who also book flights and hotels, take public and private transportation, eat at restaurants, drink at beer bars and brewery taprooms, do that touristy thing, etc. On the service side, we’ve got venues and staff, beer distributors, food vendors, security, and many more who both support and rely on events like ours. And since our first beer fest in 2003, we’ve been committed to paying brewers for the beers poured at our fests; millions of dollars over the years.

But the loss is much deeper than financial.

Whenever anyone stops me at one of our beer fests and asks if I have any favorites, I motion to the thousands of people around us enjoying good beer and remind myself that “there’s more to beer than beer,” which was the slogan for Art of Beer Festival; our first fest held on May 24, 2003 in Boston, Mass. Beyond the liquid, brewing it, and its long history, there’s that unique social connection that occurs at beer fests that I sorely miss; meeting and thanking attendees for their support, shaking hands, free hugs and high-fives, hanging with our fest crew (who are like family), catching up with brewers (many of whom I call friends), and making some new friends. Beer is the social lubricant that makes it happen, but it’s really all about people.

So yeah, I miss beer fests. I’m also tired of predicting when our next one will be, and I can’t wait another nine months to see what happens, which is why we’re hosting our next Extreme Beer Fest in Cyberspace! It won’t replace an in-person event, and it’s not meant to, but I’m really looking forward to co-hosting with my good friend Sam Calagione from Dogfish Head, hanging with guest brewers, and exploring some new extreme beers (shipped to your home via Half Time Beverage) with thousands of you on Friday, Feb. 5 and Saturday, 6, 2021. 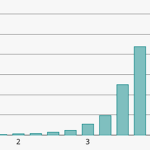 Previous: The Year in Beer: Breaking Down 2019 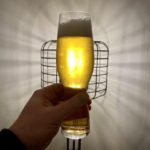