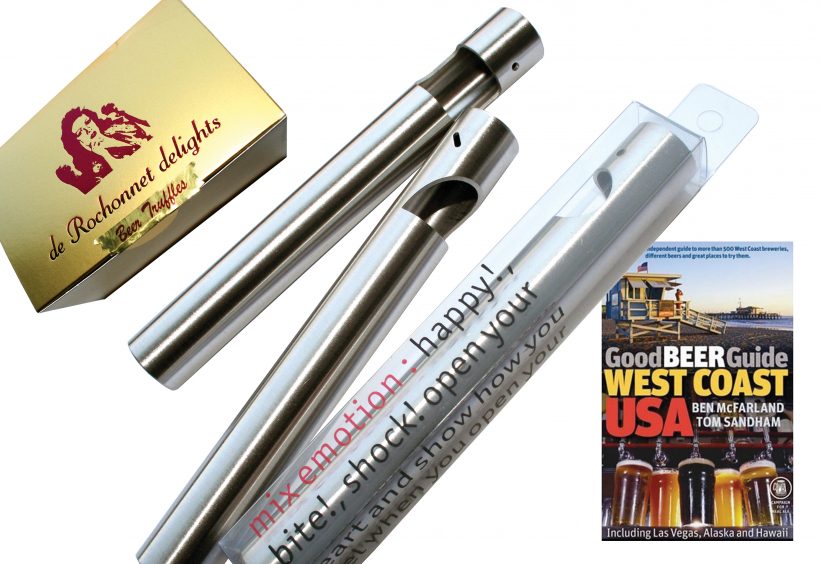 Mood Bottle Openers
The California-based design collective Poketo, who had ratcheted up a cult following with their unmistakable limited-edition vinyl wallets, also stocks their graphic-arts-goodies arsenal with boldly printed T-shirts (one emblazoned with a “Friendly”-labeled beer can was designed in tribute to “a friend of mine [who] once made a curtain out of 100 empty Tecate cans and a spool of fishing line”), colorful paper goods and kitschy homewares—which, I’m happy to report, includes these bottle openers.

Available individually or as a pack of three, the stainless steel tools seem at first to be almost identical. All come long and thin, shaped roughly like robotic cigars, with a nice heft in the hand that is heavier than expected but sensually balanced. And then it hits you—the tools sport subtly different expressions on their faces. One’s angularly-cut jaw befits a smile, another’s straight “AAAH” conveys utter shock and you can almost hear a livid bellow rushing from the third’s downturned piehole (poor guy). The open mouths, of course, do the dirty deed. You feel a bit cruel jamming a bottlecap in their faces, but you’re soon uplifted by the effortless grace of the opening mechanism. They also happen to make great makeshift puppets. [Available for $14 each or $41/set of three at poketo.com]

Good Beer Guide West Coast USA: Including Las Vegas, Alaska and Hawaii by Ben McFarland and Tom Sandham
Published by UK’s Campaign for Real Ale, this deftly designed travel guide—breweries, barrooms, pubs… seeing the sights, eh?—is not only notably comprehensive in breadth with some serious attention to detail, but is a most humorous (or is that humourous?) read. Your tour guides, Ben McFarland and Tom Sandham, are painfully handsome devils, as evidenced by the Blue Steel poses they strike on the inside back cover. Freelance journalist McFarland became the youngest ever recipient of the British Guild of Beer Writers’ “Beer Writer of the Year” award in 2004 (and proceeded to win it again in 2006), and drink writer Sandham serves as editor of CLASS magazine (a bar trade periodical) and is particularly well-traveled. There is something about the British wit flourishing about the page that enraptures the reader, with nuggets like, “The guy who served us claimed that martial-arts maestro and lethal Hollywood killing machine-cum-superhero Chuck Norris used to tend the bar here—a man so hard that when he does a press-up, he doesn’t lift himself up, he pushes the earth down” and “craft brewing epitomises innovation, localism, distinction, flavour and an overwhelming desire to place a grenade down the underpants of big and bland beer.” Hear, hear. [Available for $20.48 at beerbooks.com]

International Beer Truffles
Talking on the phone with Jeanne-Louise Womble, master chocolatier at de Rochonnet delights in Midlothian, Va., makes you hungry. With intense training in Europe including Valrhona’s Ecole du Grand Chocolat and Barry Callebaut Chocolate Academy, she’s incredibly proud of her smooth, sweet art. As part of de Rochonnet’s “party” collection, the International beer truffles arrive as tiny geodesic domes coated with 64 percent dark French chocolate and stuffed with a smooth ganache infused with one of four beers: Guinness, Young’s English Stout Double Chocolate, St. Bernardus Abt 12 and Celebrator Dopplebock. With an indulgent mouthfeel, the outer shell shatters satisfyingly around the thick, silky filling. It’s a more grown-up alcoholic bon-bon, where the beer is more a distinctive essence rather than an artless liquid squirtage of the cheap liquor-filled variety. To the delight of other alcohol advocates, Womble also creates wine truffles infused with Cabernet and cocktail truffles infused with flavored vodkas. Chococheers! [Available for $7.50/set of four at derochonnetdelights.com] ■ 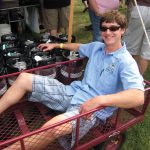 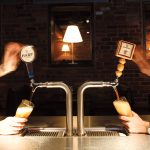