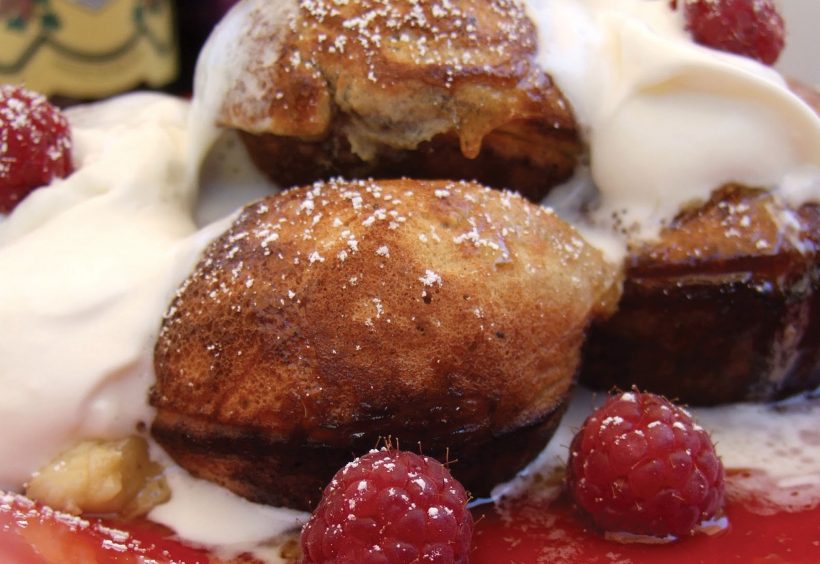 If the most important meal of the day is breakfast, then why aren’t there beers for breakfast? Why hasn’t Betty Crocker adapted at least one recipe for a beer-something? With raspberry beers, Oatmeal Stouts and coffee Porters, why not play up the first meal of the day with what we love? Brunch is the perfect way to enjoy a leisurely weekend morning/afternoon: good food, good beer and good friends.

Oatmeal Stout Aebleskiver (Danish Ball Pancakes)
Ever seen a strange-looking pan at a gourmet cooking store or a garage sale and wonder what it’s for? This cast iron “monk’s” pan looks like a lunar landscape with its seven indents, but what this odd pan does to pancake batter is incredible, making round, donut-hole shaped pancakes.

Directions:
In a large metal bowl, beat egg whites until stiff peaks form, set aside. In another bowl, add yolks, buttermilk, Stout and butter, and mix well. In a third bowl, sift the flours with DME, baking soda, baking powder and salt. Pour the yolk mixture into the flour mixture and lightly stir together, leaving a few lumps of flour. Do not overmix. Stir 1/3 of the beaten egg whites into the batter: This will loosen the batter. Fold in the next 1/3 of the whites and then the last addition, being gentle with the folding, keeping as much air as possible in the batter.

Heat the pan over medium heat. Using the squeeze bottle, add a few drops of oil to each inverted dome. Take a folded paper towel and wipe each hole to coat evenly. Add about a 1/4 cup of batter to each hole. After about 1 1/2 minutes, using a skewer, loosen the aebleskiver by running the tip between the pan and the pancake, then flip each pancake over and cook another 45 seconds to a minute. Test to see that the heat is right: a nice golden crust on the outside and almost like a thick waffle on the inside.

Store batches in a preheated oven at 200˚F. To serve, set up a buffet with bowls of seasonal fruit (macerated in a fruit beer), malted whipping cream, beer jelly, local honey, bourbonized maple syrup and raspberry beer syrup. Remove the aebleskivers from the oven, dusting lightly with powdered sugar.

Variations:
Fill the pan with slightly less batter and add a 1/2 teaspoon of raspberry/cherry/beer jelly/jam and top with a teaspoon of batter for filled pancakes. Or add shaved chocolate to the batter to make chocolate chip aebleskivers. 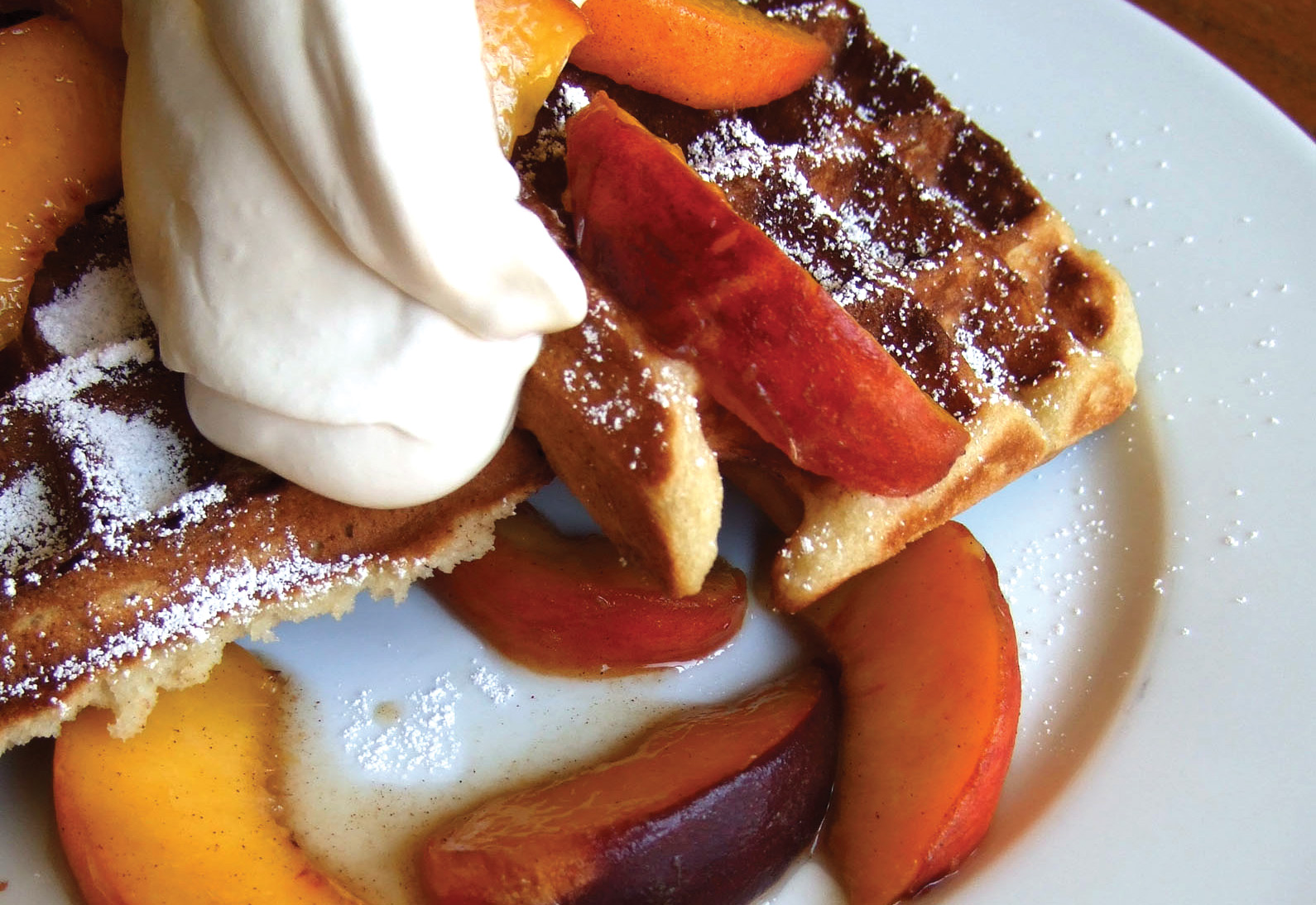 True Belgian Waffles
If you’ve ever walked the cobblestone streets of Brugge, you surely have smelled the bouquet of a Belgian waffle. Little huts on the side of the street turn out the most amazing gridded breakfast snack of all time. After years of research and development trying to replicate these breakfast treats, this recipe brings me back to the mother country.

* To make vanilla sugar, take 3 vanilla pods, slice them lengthwise in half, place in a large jar and fill with sugar. Let the sugar sit for three weeks, shaking each day. It is perfect for baked goods, coffee or even using the sugar when brewing a Tripel.

Directions:
In a medium bowl, add milk, yeast and 3 tablespoons of sugar; mix to combine. Let sit while the rest of the ingredients are gathered. Yeast should proof in about 10 minutes. If not, start again with fresh yeast.

In a large bowl, add flours, sugar and salt, mixing well with a whisk. In a small bowl, add beer (and yeast sediment), yolks and vanilla extract, whisking until combined.

In a copper bowl, whisk egg whites to a stiff peak. Add the yeast mixture and the beer mixture to the dry ingredients, stirring to barely combine. Mix in 1/3 of the whites, then fold the remaining 2/3. Place a damp towel (large enough for the batter to double in volume) over the bowl  and let sit at room temperature (70˚F) for about 1 hour.

To cook the waffles, first spray iron with a nonstick spray, place 2/3 cup batter evenly over the grid, setting the thermostat to medium-low heat, sprinkling the top of the batter with the Turbinado sugar (optional). Cook each waffle for 3–4 minutes or until golden brown. Store in a preheated oven set to 200˚F while the remaining waffles are being prepared.

Brewer’s Granola served with Malted Milk
By deconstructing the flavors of a Belgian ale and applying homebrewing know-how, a beer is transformed into a breakfast cereal. Perfect for breakfast or brunch during the week, this malty granola is great with malted milk or just some plain yogurt.

Directions:
Prep fruit as described and place into a sealable container, topping off with decanted beer. Let this sit overnight to help infuse flavor and soften the fruit.

Preheat the oven to 250˚F. Place malts onto a large cutting board. Using a rolling pin, crush the malt to crack the husk, but not pulverize it. Add to a large mixing bowl, combining with oats, rye, flaked wheat, wheat germ, flax seed, cinnamon, salt and nutmeg, mixing well.

In a medium-size pan, add LME and maple syrup. Warm to 150˚F over low heat. Add remaining beer from the soaked dried fruits, mix well and pour over the mixed grains. Toss to coat evenly and place on parchment or Silpat-lined baking sheets, spreading out thinly, using about two baking sheets. Place in the oven and cook for 45–60 minutes, stirring each batch with a spatula every 10 minutes, to help brown evenly and avoid burning the sugars. The kitchen should have a wonderful aroma, similar to the end of mashing, and the oats should be golden in color. Pour each tray into a large bowl, adding the drained dried fruit. Toss well to evenly distribute the fruit and re-clump the granola. Will last two weeks in an airtight container or three months in a sealed bag in the freezer.

To serve, mix the milk and DME in a blender until frothy, pouring over a bowl of brewer’s granola.

Feeling adventurous? Try mashing half of this recipe into a Stout for a perfect breakfast beer. Use a Belgian yeast for fermentation.

Beer-Infused Breakfast Toppings
Anyone can buy syrup or a can of whipping cream. But do they taste this good in the morning?

Raspberry Beer Syrup
Perfect over waffles, pancakes, French toast, crêpes or to use in a beer cocktail.

Directions:
In an 8-quart pot, over medium heat, add beer, DME and sugar. Stir to combine, being careful of a large head. Bring to a boil and reduce heat to simmer the syrup. Cook until the liquid has reduced by half, about 25 minutes.

To store, pour syrup into a sanitized bottle and cool completely before capping. Store refrigerated for up to three weeks.

Malted Whipping Cream
By replacing traditional vanilla extract with the English Brown, the malt flavors, with the slight touch of roast, help add depth to this updated topping.

Directions:
In an ice cold bowl, add cream, DME and ale. Using a whisk, beat until the cream forms soft peaks. Do not overbeat, or the cream will turn into butter.

Directions:
Place ingredients into a bowl and mix well. Form into the shape of a bottle, placing on a small dish. Chill until ready to use.

Beer Soaked Seasonal Fruit
Complements any breakfast treat, whether on top of a waffle or aebleskiver, or as a side dish.

Directions:
Prep the fruit of the season and place into a bowl. Add beer, sugar and salt, mixing carefully so as not to damage the fruit. Let sit for at least 1 hour to macerate the fruit, pulling some of the natural sweetness out, creating a luscious syrup.

Limey Watermelon: 1 can of 21st Amendment Brewery’s Hell or High Watermelon Wheat with an ounce of fresh lime juice added to the glass

Raspberry Twist: Fill a goblet with a Belgian Strong Golden and pour 1-2 ounces of raspberry beer syrup into it. Or add to a Berliner Weisse.

De Struise Breakfast Drink: Take one egg yolk and mix with 3 tablespoons of sugar, whisking until the yolk is pale yellow. Mix in a Stout, pour into a pint glass and serve. ■ 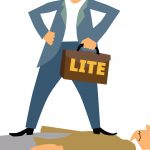 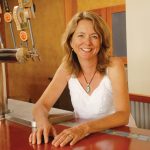