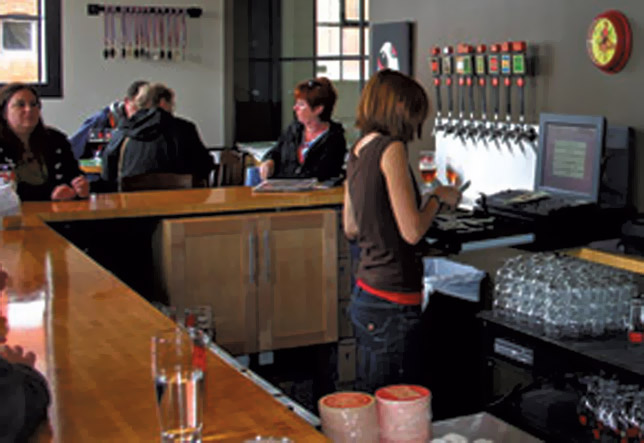 In many ways, the Denver/Boulder region is the capital of the modern craft brewing renaissance. It’s the organizational hub of the beermaking movement, thanks to the Brewers Association, the American Homebrewers Association and Boulder’s Charlie Papazian. Every autumn, the Great American Beer Festival floods Denver’s convention center with the country’s best beer. Whether in their kitchens or their brewhouses, the brewers of the area have been pushing craft beer forward for more than three decades.

That enviable tradition shows in every glass the region’s brewers make. So let’s taste what they’re up to now. These are the best beer destinations in Denver and Boulder, as ranked by the BeerFly users on BeerAdvocate.com.

Denver began as a railroad depot and jumping-off point for miners chasing gold, silver and coal in the nearby Rockies. Today, 19th- and early 20th-century brick warehouses sit alongside a sprawling, modern metropolis. In some instances, such as with the Museum of Contemporary Art, the King Performing Arts Center and the Denver Art Museum (featuring a new wing by Daniel Libeskind), the grand, modern gestures work quite well. In others—like the terrifyingly demonic bronco sculpture that greets airport arrivals—it falls short. But the intent is clear: These are no longer the ramshackle streets that Neal Cassidy and Jack Kerouac terrorized.

Growth is particularly pronounced in the streets surrounding Coors Field. At one time, the neighborhood was full of abandoned warehouses and little else. Then the ballpark opened up. Now, baseball fans have much more than watery yellow beer to look forward to: They’ve got Wynkoop Brewing, Great Divide Brewing, the Falling Rock Tap House, the Denver ChopHouse (built in an old Union Pacific depot), the Breckenridge Brewery’s Blake Street Pub and Blue Moon’s in-park brewpub, the Sandlot. Across town is Cherry Creek, a bustling neighborhood that’s home to art galleries, fine shopping and a beloved 50-year-old dive, the Cherry Cricket.

Much of Denver is difficult to navigate without a car. So, as long as you’ve got one, why not drive a half hour north to Boulder? The old mining town, sitting at the foot of the foothills, is full of great people—and even greater beer. It has, in all likelihood, more brewpubs per capita than any other town ever. Pubs we can’t even get to in this space include the Walnut Brewery, BJ’s, the Redfish New Orleans Brewhouse and Twisted Pine. Visit for a day. Or five. You might never leave.

Here’s a snapshot of the town’s brewing pedigree. There’s a photo from 1979 sitting in the Boulder Beer Company’s Wilderness Pub. It’s of Boulder Brewery’s first brewmaster sitting and drinking beer with Charlie Papazian and Michael Jackson. There’s some rather excellent facial hair featured. And the beer? It looks tasty.

Today, it tastes better than ever. Both Boulder Beer and Avery Brewing are world-class breweries with great tasting spaces for locals and tourists alike. And the Mountain Sun pubs, havens for hippies and hopheads alike, show that greatness comes in any size. Just ask the gold medals hanging on the walls.

Blue Moon Brewing Company at the Sandlot
This is where Coors lets their Blue Moon brewers come out and play. They’ve responded by creating a compelling alternative to the gametime beer—and won an armful of medals in the process.

Bull and Bush Pub and Brewery
Lots of dark wood and copper, and house brews that exude testosterone—Justice and Man Beer IPAs, Stonehenge Stout and Pimp My Rye are among the best.

Cherry Cricket
The loud, easygoing Cricket has clung to its divey roots, even as gentrification has seized the surrounding neighborhood. Rotating taps from local heavyweights Great Divide, Oskar Blues, New Belgium and Odell pair with one of the greatest burgers you’ll ever enjoy. Bonus: Elvis pinball!

Falling Rock Tap House
Denver’s best beer bar draws well over a hundred exceptional beers from across the Rockies and the West Coast, including rarities from Russian River, Stone and Dogfish Head.

Avery Brewing Company
Avery’s father and son team cranks out a portfolio that is ridiculous, peerless and entirely worthy of any other breathless adjective you care to toss out. ■ 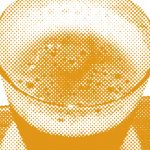 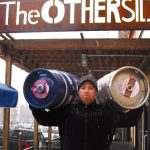