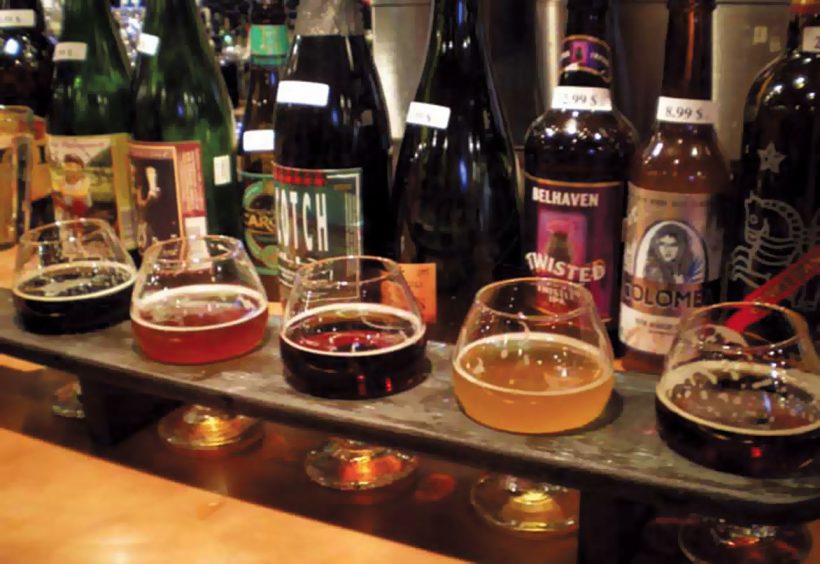 Montreal is big. It stays up nights. Montreal likes to party. That much we know. But move beyond the strip clubs and the discos and the mobs of drunken American teenagers and the packs of tourists gawking at the mimes (seriously!), and you’ll find a warm, cultured town that’s immensely proud of its heritage and its future. And, increasingly, that pride is centering on the region’s burgeoning brewing scene.

Mondial de la Bière, Montreal’s massive annual celebration of the world’s great beer, has certainly helped things along in this regard. We’re not about to tell you to wait until next June, when the festival touches down again, to visit. The city’s sprawling streets are peppered with small breweries and brewpubs churning out unique creations. Most aren’t shy about sharing tap space, so a trip to a few should cover nearly all the highlights from Quebec’s brewing community. An ever-growing number of beer bars are also featuring taps from the sprawling province’s best brewers.

A word on orientation: Montreal is laid out on an island that stretches north to south along the St. Lawrence River, though the city unfolds on an east-west axis, sandwiched between the river and the city’s eponymous mountain, Mont Royal. The hill is topped by a park originally designed by Frederick Law Olmsted, and it provides sweeping views of the city skyline.

Three of the city’s brewing gems—Le Saint-Bock, L’Amère à Boire and Le Cheval Blanc—are clustered below, between the McGill-student-dominated Plateau and the historic (and crowd-choked) Old Town. This is the Quartier Latin, a great walking neighborhood lined with shops and restaurants. Have a pint or two at each, then swing by the Société des arts technologiques, a government-funded digital art gallery that doubles as a swank lounge and pickup spot. Dieu Du Ciel, the city’s best brewpub, deserves a special shout-out. It’s in the middle of nowhere, and that’s kind of the point. It takes a concerted effort to make it to a barstool, and it’s absolutely, unquestionably worth the trouble.

Two manageable beer-centric road trips are worth keeping in mind. The first is to L’Assomption, a tiny city to the north that’s surrounded by farmland, and which is home to one of Quebec’s most adventurous breweries, Hopfenstark. Its Saisons are absurd. That’s a complement. The second off-island trip is to nearby Chambly. It’s home to a nearly 300-year-old fort, and to Unibroue, Canada’s leading exporter of craft beer culture.

Dieu Du Ciel
Montreal’s preeminent brewpub bowls ’em over with Péché Mortel, a black, near deadly Imperial Stout that’s bursting at the seams with a coffee aroma. If you manage to tear yourself away from it, try Dernière Volonté, their Belgian Pale, as well.

McAuslan Brewing
McAuslan’s St.-Ambroise Pale has been a local standout for two decades now, but beer advocates flock to the brewery’s Oatmeal Stout.

Le Saint-Bock
A long, slick room crowded with overstuffed leather, and the brews to draw you inside: Twenty taps that rotate through the best of what the brewpub, and the rest of the province, have to offer.

Brasseurs RJ
RJ is the North American brewer of Brasserie d’Achouffe’s Blonde and Brune ales. Seeking a taste with origins closer to home? Steer away from the brewery’s macro lagers, but try Coup de Grisou, an intriguing Amber brewed with buckwheat and coriander.

Hopfenstark
Big beers are brewing in this little brewery on the plains. The standbys—Alt, Blonde and IPA—are all worth seeking out, but the real magic happens when Hopfenstark rolls out a crazy one-off batch of Saison. Previous versions have been bittered, soured and brewed with rye.

Bily Kun
Slick, Czech-leaning bar in the Quartier Latin—why not? There’s no reason to quibble with a place that rotates taps of regional favorites, and serves them with daily jazz and nightly DJs.

Hurley’s Irish Pub
With other pubs in town, the draw is the selection of local rarities. Not so at this place. It’s all atmosphere—good people sprawled out over a maze of small brick rooms, sipping glasses full of the black stuff.

Bistro du Terroir
The city’s foremost beer bar is where locals gather to sip on Quebec’s finest micros. Which, of course, makes it a magnet for scores of out-of-town beer pilgrims.

Unibroue
The Montreal region’s most famous brewery needs no introduction. That’s because it makes some of the world’s finest Belgian Ales. 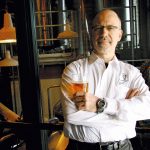 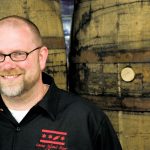