How the Other Half Drinks 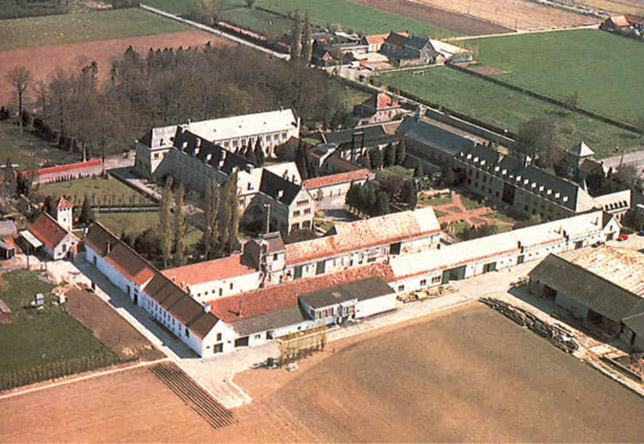 After a week of extraordinary sights and tastes, nothing has amazed me more than the sight of two unemployed stall minders trying in vain to sell the “world’s best” Westvleteren and De Struise Brouwers’ ales at knocked-down prices, at an otherwise bustling and successful beer festival.

There is no accounting for human nature.

I am back in West Flanders, which is preparing to commemorate the fallen soldiers of the Great War on its centennial. With me is the godfather of British beer writing, Roger Protz. We’re taking a most agreeable tour of some of the finest breweries in the north of Belgium.

We were the privileged guests of the Abdij St. Sixtus, near Westvleteren, where three hand-crafted ales have become the icons of old-guard brewing. Here, I discover what I should have known for a decade: that monks who brew—the workforce here is 50 percent brothers—absorb their skills from others, having no formal training and little exposure to the products of commercial brewers.

On Friday, we visited Alvinne, where Glen Castelein and Davy Spiessens play around creating beers with increasing confidence using oak aging, high hop content, lengthy cellaring and special yeast strains, but no longer, thank God, do they use those spices that ruin so many Flemish ales.

Next morning, we could be seen ducking into the cellars beneath the Dolle Brouwers with owner Kris Herteleer, rescuing a 30-year-old bottle of Steenbrugge Abbey beer made by Costernoble, the brewery that he and his two brothers bought accidentally back in 1980. Then we sampled what Calvados and Bordeaux casks, single-strain and mixed-microflora cultures do to the same beers.

Finally, we met Urbain Coutteau and Carlo Grootaert at the schoolhouse in which they will start brewing next spring as part of the careful (r)evolution of the Struise Brouwers. Next to their impressive range of regular and experimental brews with double-figure alcohol percentages, sit bottles of competent but plain Blonde, Amber and White ales.

Given that they are pushed to meet orders for beers like their “Royal Belgian Stout,” Black Albert (“because it’s not Russian”), I ask why they bother to make such mundane brews. Carlo gives the first clue: “It is for the local people.” Urbain is more direct: “They positively dislike our strong beers and will not drink them.”

We are also the guests of Guy and Beatrijs, who run Poperinge’s annual Karakterbier Festival in the old theater they accidentally uncovered at the back of the small hotel they ran for 20 years. By the time we arrive, the tables have filled up with a largely local audience enjoying the 120 beers that come exclusively from West Flanders’ breweries.

I am not mobbed so much as kept in conversation. The newly elected young burgemeester (town mayor), who remains popular despite turning the market square into something resembling Flanders Field 1916, welcomes the crowd in three languages—Dutch, then English, then French.

I fall in with Graham, the Englishman who first put the idea of a town beer festival into Guy’s head in 1995 and for whom Pops is a home away from home. “Why is nobody drinking the Westvleteren or the Struise Brouwers?” I ask him.

“Local people don’t know those beers. They never see them,” he says. “It has taken a lot to wean people off lager and simple ales. Even at the Hoppefeest, they only have Stella, you know.”

The Hoppefeest is Poperinge’s thrice-yearly international hoolie for hop growers. I had not appreciated that it was only allowed to sell small beer. I determine to raise the matter with my new friend the mayor, but he is gone.

I make a note to search for my bayonet. ■ 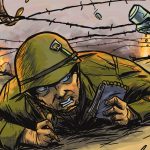 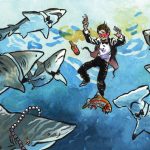