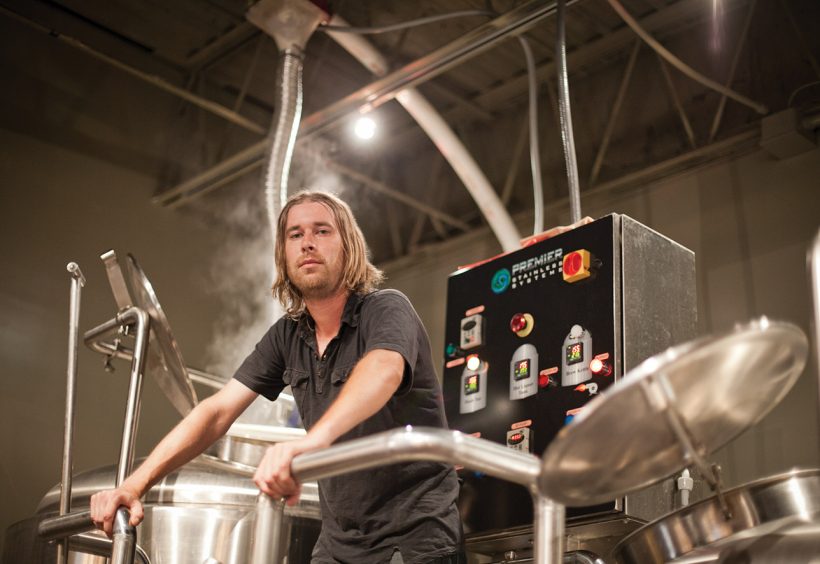 Ryan Michaels runs brewing operations at McKenzie Brew House, a small chain of brewpubs in suburban Philadelphia, but beer drinkers across the country seek out his work. That’s the beauty of the industry: Michaels churns out beers for a local audience, but he can go online, know that somebody in California has gone to great lengths to get his stuff, and know they’re enjoying it, too.

1. Start somewhere, even if it’s midstream
When Ryan Michaels landed his first brewing job, he’d never touched a bag of grain or a can of extract at home. He came into brewing through the restaurant side of a brewpub, where he’d worked as a server and a bartender, eventually landing the assistant brewer position. “They trained me for a month, and then threw me in,” Michaels says. He learned to brew by reading every brewing book he could get his hands on, and then making trial-and-error runs in the brewhouse.

2. Be a craftsman
Michaels draws a sharp line between the mechanical side of brewing and the crafting of recipes. At his first pub job, “I was doing what I was supposed to do, rather than really thinking about it. It was all following the manual.” Michaels learned the art of brewing when he began working under Scott Morrison at McKenzie. “He was renowned for his Belgian styles,” Michaels says, “and I learned all the nuances from him, the difference between making beer and making good beer. It was about learning the ingredients. You have to use every hop and every malt before you know exactly what you’re going to get out of them. It takes time. You can read a book, but it’s not the same.”

3. Do what’s natural
McKenzie’s seasonal recipes are primarily plays on Belgian styles, while Saison Vautour, McKenzie’s highly regarded Farmhouse Ale, was a seasonal that crossed over into year-round production. Michaels says the emphasis on Belgians is less philosophical than it is a play to his brewing staff’s strengths: “It’s just what comes naturally to us and the people we’ve hired,” he says. “Dialing in an IPA has been a battle for me, but I could always make a good Belgian. There was a romantic side to Belgians, particularly toward Saisons, and I wanted to learn more.”

4. Don’t mess with success
The recipe for Saison Vautour hasn’t changed since the first time Michaels brewed it. That’s because that first batch won a gold medal at the Great American Beer Festival in 2007—and then won gold again, two of the following three years. Michaels dove right in with a heavy dose of rye (it accounts for 25 percent of the grain bill), which was unusual for him. Usually, if he’s using a new ingredient, he’ll be cautious and ease in slowly; with the Vautour, he went big right away to see just what the rye would bring to the Saison, and the payoff was huge.

5. Keep cool
Michaels ferments Saison Vautour at far cooler temperatures than most Saison brewers are comfortable with. “It’s a matter of taste,” he says. “There are people who want to ferment Saisons in the 90s, and we’ve made it both ways. We just liked it better [cooler]. I’ve given my yeast to a friend who does it in the 90s, and it’s a great beer, it’s just a different Saison.” Lower temperatures yield spicier notes; Hallertau and Goldings hops lay down some bitterness without crowding out flavors from the yeast. “It all gives the impression of dryness, which is something I really love in a Saison,” Michaels says.

6. Welcome a challenge
McKenzie just added an IPA to its year-round tap lineup. That’s partly because Michaels wanted to challenge himself by moving beyond his Belgian comfort zone, and it’s partly because he’s been drinking a lot of IPAs lately, and he wanted one to call his own. Michaels describes his Application IPA as “a pretty traditional East Coast IPA—not crazy, not over the top.” Application marries Maris Otter malt with Columbus and Cascade hops, and a traditional English Ale yeast. “If you do traditional beers well, beer geeks are happy with that,” Michaels says. “I wanted to save the West Coast-style IPAs for our seasonals. This one is solid. It fits our demographic.”

7. Move forward
Beer geeks outside southeast Pennsylvania primarily know McKenzie for the brewery’s sour-heavy barrel-aging program. Batches of Saison aged with Brettanomyces draw comparisons to Fantôme. Tristessa, an IPA aged on Brett, was brewed to defy anyone who doubted the wisdom of funking up a hoppy American beer. Michaels recently bottled a Belgian Quad that sat in sour wine barrels for two years. He’s scaling back McKenzie’s wild barrel program, though. Many of McKenzie’s wild barrels went with former brewer Gerard Olson when he struck out on his own, and Michaels is trying something new—aging big American and Belgian styles in clean barrels.

8. Taste matters
The drop-off in barrel aging coincided with the opening of McKenzie’s third brewpub, and the ramping up of production there. Michaels and his two assistant brewers rotate through each location, so the three brewers are making beer for all three pub locations. At the same time, each McKenzie outpost has its own brewhouse, so the same base recipes will turn out differently, depending on where they’re brewed. “It’s consistent enough to know that it’s good,” says Michaels, but otherwise, he’s not concerned with variations in flavor. “I don’t treat the water trying to get it to taste like it does at the other places. I treat the water to make it taste good, and that’s about it. As long as the beer’s good, I’m fine.”

9. Welcome converts
McKenzie doesn’t have the same kind of client base it would if the brewpubs sat in downtown Philadelphia. For Michaels, that’s a fact that should be embraced, because he’s able to win craft beer converts every day. “We’re a gateway,” he says. “A lot of people haven’t had Dupont. Our Saison is their first. We’re getting people into different tastes. It’s one of the best parts of the job. Our more extreme stuff doesn’t sell as well as the light stuff, and we acknowledge that and do something for everybody.” ■ 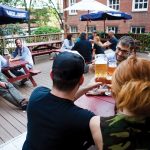 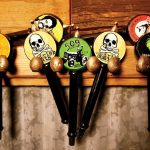