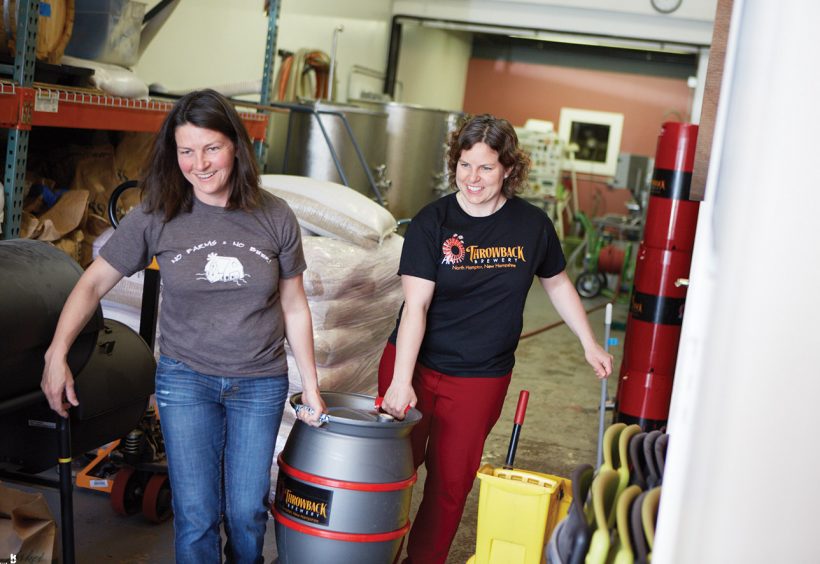 Somewhere along a Maine back road, Annette Lee and Nicole Carrier were on their way back from purchasing a fruit tree—not exactly the kind of commodity typically sought by brewery owners. The fruit tree is headed toward a nearly 30-acre New Hampshire farm, down the road from the industrial park where the nanobrewery was founded.

“We always wanted to have the brewery on a farm,” says Carrier. “It’s where we want to take the company, but when we opened we realized, boy we do the vast majority of our business when we’re open and people come to fill growlers. We were worried that nobody would come visit us in the boondocks if we got a farm. But sort of serendipitously, this farm that is literally a quarter of a mile from our existing brewery went up for auction.”

Local Fruit
The farm, known as Hobbs Farm, had been in the Hobbs family since the 18th century. Lee and Carrier purchased 12 acres in June 2012, at a price of $900,000; the purchase included a 5,000-square-foot homestead, where the team plans on building an improved tasting room and brewery in the basement by the summer of 2014.

Located in North Hampton, N.H., Throwback strives to source as many of its ingredients from local farms as possible. That includes using locally grown hops, malt and adjuncts. “Our vision is to try and get all of our ingredients within 200 miles of the brewery,” Carrier says. “Depending on the beer, we’re about 65 to 90 percent there. I guess a lot of people are interested in local and in supporting the community. Keeping local helps jobs and reduces our carbon footprint.”

Business and environmental responsibility are important qualities to Throwback, but they aren’t defining ones. Lee and Carrier also want to showcase the flavors of the Northeast in what Lee calls “beeroir.” While some brewers strive for consistency despite the raw ingredients, Lee, who serves as Throwback’s head brewer, embraces the natural variations.

“I haven’t been able to necessarily pinpoint a specific flavor trait,” Lee says. “I try to embrace the notion of terroir in the variations from season to season. One year, wheat might be a little different than the wheat last year. I try to use that and sort of educate our customers that the wheat can be different.”

Community Minded
Like so many members of the modern American beer renaissance, Lee and Carrier were not always headed toward the path of owning and operating a brewery. Carrier was a software marketer, a job she still holds, and Lee was an environmental engineer. “I think Annette was really the impetus for [starting the brewery] in terms of being at a point in her career where she wanted a new challenge,” Carrier says. “We both fell in love with brewing, and we started as a way to combine our passion for brewing with eating local and supporting local farmers and wanting to do something within our community.”

The longtime friends built their business—which also involved Lee constructing much of the brewery herself—and then set out to change the way their community consumes beer.

New Hampshire allows breweries to run tasting rooms; however, giving away free sample after free sample would be detrimental to a small operation like Throwback. So they (and many others) helped pass the Nanobrewery Law, which, among other benefits, allows them to sell 4-ounce pours out of their tasting rooms. Thanks to other nano-friendly legislation in New Hampshire, Throwback is also allowed to sell beer in bottles and growlers at local farmers markets.

“We actually do pretty good business there,” Carrier says of the farmers markets. “It’s because customers really love what we’re doing, I think.”

Of course, Carrier and Lee fit in well at the farmers markets because they treat their neighbors as more than just suppliers. “We just came from a farm where we bought some fruit trees for the farm that we’re going to move the brewery to, “Carrier says. “Some guy was wearing a T-shirt that says, ‘Chefs are only as good as their farmers.’ I laughed because that’s sort of how we feel. A lot of times, I think brewers are only as good as some of the ingredients that they use.”

Local Flavors
As Lee says, Throwback’s beers don’t necessarily share a signature flavor. The “beeroir” doesn’t present itself the same way terroir does in wine. But that doesn’t mean the beer isn’t influenced by the local elements. “In terms of trying to focus on what I can get locally, a lot of the recipes have been designed around that—especially when it comes to hops,” Lee says. “My IPAs use some of the traditional hops that might be used, like Centennial and Cascade. We don’t really use a lot of the patented hops like Citra and Amarillo just because they can’t be grown here. That’s definitely been an influence for me.”

Throwback also features locally harvested grains that get malted by Andrea Stanley at Valley Malt, in Hadley, Mass. Stanley’s unique versions of heirloom barley and rye differ from the hybridized versions of mainstream maltsters. Using local grains also means that a lot of Throwback’s beers include wheat, because it is abundantly available to the brewery.

And while Lee makes a traditional Schwarzbier, Hefeweizen and Bohemian Pilsner, she certainly isn’t afraid to stray from the Reinheitsgebot in order to feature local ingredients, like the jalapeños in Spicy Bohemian, or maple syrup and wheat malt in Maple-Kissed Wheat Porter. “I just really enjoy mixing the food flavors with the beer- and food-inspired beers,” Lee says. “I love to eat, so that’s part of it too. What can I do with the beer to go well with the food? It’s a mix. I try to balance the more to-style beers with some of the more funky ones we play around with on flavors.”

Another example is a Stout made with fennel flower. “That came about from one of our farmer friends,” explains Lee. “He came over with these flowers that come from the fennel molting. They’re these tiny yellow flowers, but if you eat them, they burst with fennel flavor. We dry-hop our Stout with those flowers and it makes an amazing, almost licorice flavor, but it’s from a local flower.”

The hyper-local focus espoused by Throwback Brewery might not be for everyone, but that’s kind of the point. Throwback isn’t intended for mass consumption—just local appreciation.

What She Said
“We get all our local malt from Valley Malt in Hadley. Andrea [Stanley] is malting this older style Pinto Rye that is really great. It’s a different kind of rye than a lot of the malt from other maltsters. She’s also working on different types of barley that aren’t so hybridized. She’s able to play around with that, and that’s going to help us come up with more New England flavors.” –Throwback brewer and co-owner Annette Lee ■ 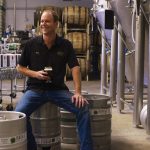 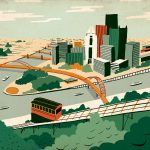