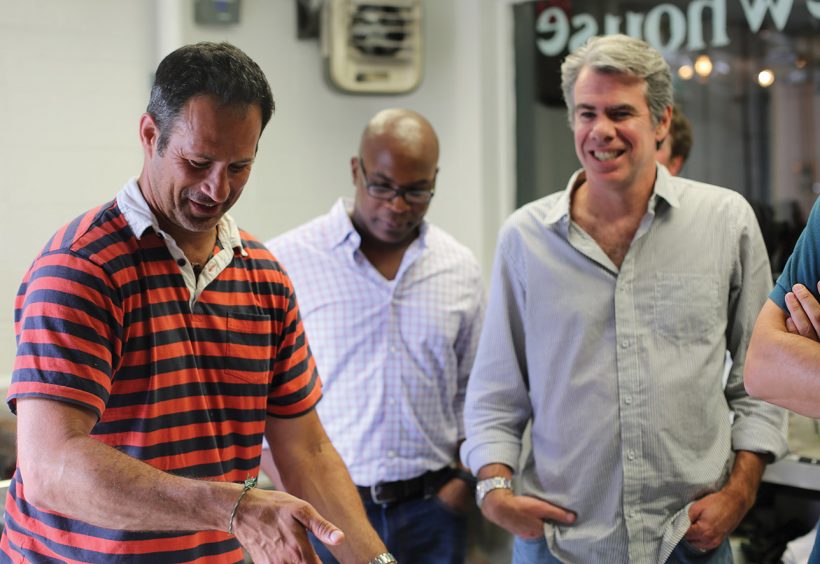 Dogfish Head was one of the first breweries to experiment with musical collaborations. With each installment in their Music Series, Dogfish attempts to make the beers “taste how the music sounds” while “trying to convey a marriage of emotions,” as Calagione puts it.

The series has included hits like Bitches Brew, a parti-gyle of three threads of Imperial Stout and one of Ethiopian honey wine, which reflects the rich layering of Miles Davis’ album of the same name; Faithfull Ale, a Belgian-style Golden Ale, is a tribute to Pearl Jam’s 20th anniversary.

“You learn so much more about beer working with people outside the industry,” Calagione says.

In 2012, Dogfish Head partnered with Dan the Automator of Deltron 3030 to release Positive Contact.

“We sent Dan almost every beer we make and had him take tasting notes. He sent us free-form notes on the different beers, colors and ingredients that he liked, and then we produced a recipe. He took a test batch and then did remixes to the beer,” Calagione says. The result was a beer-cider hybrid brewed with Fuji apples, faro, cayenne pepper and fresh cilantro. Cases of the beer included a Deltron 3030 EP and recipes inspired by the music.

“I feel with Del, you get a lot more treble than bass,” Calagione says of the Positive Contact beer. “It’s more operamatic.”

This October, Dogfish Head is set to release their fifth beer in the Music Series. American Beauty, named after the Grateful Dead album, will be an Imperial Pale Ale brewed with granola. To design the beer, “we asked [The Dead] what the base beer should be, and then had Dead Heads and Dogfish Heads select the ingredients,” Calagione explains.

“The Grateful Dead has more bass. It’s earthy, organic. We used the granola to add that earthy quality.”

For Calagione, a self-professed music geek, there is a personal payoff for these beers. “Some of my favorite moments are sitting with friends, putting on the record and seeing how well the liquid goes with the music.”

For Brian Strumke, the founder and brewer of Baltimore, Md.-based Stillwater Artisanal Ales, brewing music-inspired beers is a continuation of his first career; he spent 10 years producing electronic and dance music before becoming a brewer. His original escapades with brewing served as a “creative outlet,” he says. Now, Strumke expresses creativity through Stillwater’s Sensory Series, a line of beers that partners Stillwater with musicians, like Small Black and Lower Dens. On top of the beer itself, each bottle is equipped with a QR code that links to an exclusive live performance of the song.

In the Sensory Series, Strumke is creating a “liquid interpretation of the song,” he explains, likening the designing of recipes to producing music. “The intent is to create my own artistic rendition of the collaborating artist’s work in my own medium (beer) and, when paired together, [create] a full sensory experience—taste, touch, see, hear, feel.”

“Being a gypsy brewer is similar to working with the music business in general. In essence, in [the music industry], we’re all collaborating with each other.”

The Sensory Series is connecting the similarities of music and beer industries but, Strumke says, “you have to be very respectful when combining two art forms. There is a mutual admiration between us. I don’t want to work with a band who doesn’t enjoy my beers and the other way around, as this project is not just a cross-marketing gimmick, but rather a true artistic collaboration.”

The third beer in the series will be with Denver-based duo Tennis, and will be released near the end of this year. As the Sensory Series continues to develop, it “is still open to bigger and broader concepts. I have plans to work with a variety of artists,” Strumke says. “I just like to work with people I get along with and have similar passions and vision. There’s no set rules as to what the series is about, but there obviously needs to be a visual and audio element.”

In September, Ommegang Brewery partnered with HBO to release Take the Black Stout, their second of four Game of Thrones-themed beers.

“With the Game of Thrones series, we are tying the beer with specific characters and events,” says brewmaster Phil Leinhart. With Take the Black, he says, “We wanted a big, substantial brew, something that would stick to your ribs and sustain you through long nights at watch on The Wall.” The 7 percent-ABV Stout was brewed with Northern Brewer hops, Midnight wheat, roasted barley, and chocolate malt, and spiced with licorice root and star anise, Leinhart explains.

Mike McManus, Ommegang’s innovation manager, created the beer. “Like their lives, the beer is dark, complex and bold,” he says of the characters “heroically standing watch at The Wall.”

The series’ first beer, Iron Throne, was based on the cold, calculating Queen Cersei Lannister: The crisp Belgian-style Blonde references Queen Cersei’s icy style. “She has a sweetness on the outside, so we added a little bit of honey malt,” explains Leinhart. Lemon peel and grains of paradise emphasize the sharp attributes underlying her warm façade.

“Not every avid Game of Thrones fan is a beer drinker, so this series can help introduce craft beer to a whole new audience,” says Leinhart.

Macrobrews and multimillion-dollar ad campaigns have made the craft beer drinker wary of branding and advertising, and some have seen this as a promotional tool. But for Leinhart, “it is inspiring. Some people say it is a sellout, but from our standpoint, it’s not that at all. We are not repurposing our beers, but rather creating everything from scratch. Contrary to selling out, it allows us to be more creative and generate new ideas.” A September screening of “Mad Max” in Burnside Brewing’s parking lot was the last event of the Brew Masterpiece Series season. | Photo by Anna Campbell

At the historic Hollywood Theatre in Portland, Ore., beer is being created in a new light. The Brew Masterpiece Series, now in its second year, is a collaboration between the theater and Portland’s Burnside Brewing Company. The project helps raise funds for the nonprofit theater. Several times each summer, a beer is produced that captures the flavors of a film, and then the two are served alongside one another at a free screening in Burnside’s parking lot.

The idea for the series originated between Justen Harn, the theater’s director of programs and community engagement, and Burnside Brewing’s sales manager, Ryan Brentley, who has volunteered at the Hollywood Theatre for nearly seven years.

For Harn, it was a natural fit. “We are always trying to figure out: How can we make the movie-going experience more of an event? How do you get people to come out and get excited about the movies again?” he says.

Screenings have included such pairings as Henry Jones Jr., a session IPA, with Raiders of the Lost Ark, and the light, peppy Fizzgig, a marionberry Berliner Weisse, named after the small, furry sidekick in The Dark Crystal. Then, for Mad Max Beyond Thunderdome, they brewed Thundarr Dome, a Weizenbock. “We wanted something strong and hearty to go with the movie,” says Brentley.

The series offers beer drinkers a chance to experience a familiar movie in a new light. Harn adds, “Never again are they going to taste this beer. And then to have the brewer describe what the beer was inspired by beforehand. … [It’s] an added layer of engagement. People get so excited, and rightfully so.” ■ 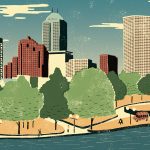 Previous: Where to Drink in Indianapolis, Indiana 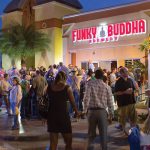