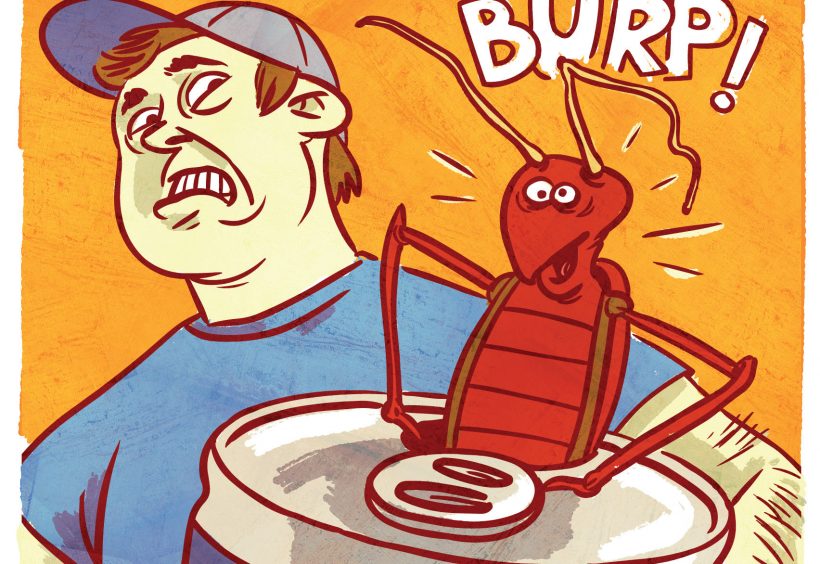 I love beer. It’s my favorite drink ever. Tonight, while finishing up a six-pack, I felt something as I was downing the last of my Icehouse in the can! It was a big roach! A cockroach! What would you do? —Sissy in North Carolina

First, you can’t love beer that much. I mean, c’mon, you’re wasting your time drinking Icehouse.

As far as finding a cockroach in your can of Icehouse… personally, I think you’re a liar. But I’ll give you the benefit of the doubt and entertain your claim and question. First, Miller actually brews Icehouse. So despite it being a waste of ingredients, we can assume they have the same incredibly high standards of cleanliness found in other large breweries, thus the chances of a cockroach climbing into a can just before it was filled with beer and sealed are ridiculously slim. Second, cockroaches like beer—it’s a fact. My guess is that you opened your can of beer, put it down for a bit, and while you weren’t looking a cockroach crawled in for a taste, wasn’t able to get out, and drowned.

What would I do? If I were you I’d clean my house.

A while ago I picked up a six-pack of Guinness bottles and to my astonishment … one bottle had a Bud Lite cap on it! I didn’t drink it—too creepy in that respect. When I thought about it I imagined a Lamborghini with Ford interior. Just couldn’t do it. Its five stepbrothers were gone fairly quickly though. So it’s been sitting in my closet, alone and feeling like a failure. Have you ever heard of such a thing? —Melanie, Thirsty in Cleveland

I’ve heard of this sort of thing before, but never had a case where we could solve part of the mystery. Here we do, so I’m excited. Now, there are two ways that this could have happened:

1.) Someone messed with the six-pack on purpose and you were the victim of their amusement. Maybe this happened at the brewery, where someone dropped in a Bud Lite cap into the mix? Or maybe someone swapped caps after bottling. You can test this by simply opening the bottle. If it was done at the brewery, the widget will take effect immediately on opening—hissing and releasing nitrogen. No widget action would indicate the shenanigans took place post-bottling, and you might even see an indented circle on the top of the cap which would indicate someone providing too much pressure when re-capping the beer with a hand-capper.

2.) The Guinness conspiracists are right!

I’m leaning toward theory #1 though. Do the test and drop me an email with the results.

I love beer, especially lager. My doctor says I must avoid nitrosamines, commonly found in beer. I’m not having that. Are any beers low or no nitrosamine? I believe it comes from the kiln firing of the malt and an indirect firing reduces the nitrosamine levels. What would be a healthy pint for me? —Jonny in the UK

Nitrosamines, some of which are known carcinogens, are compounds formed during direct-fire drying of barley during the kilning process required to produce one of beer’s main ingredients, malted barley (nitrosamines are also found in cured meats, scotch and tobacco products, among others). But thanks to scientists and improved malting processes, the amount of nitrosamines has been cut down to 1 to 2 percent of what it was in the ’80s. N-nitroso studies in the ’90s concluded that the miniscule amounts of the carcinogen N-nitrosodimethylamine found in beer were highly unlikely to present a significant health risk with moderate drinkers, and the non-carcinogen N-nitrosoproline posed no health risks at all. Though the industry has yet to get rid of them entirely, we’re talking less than 1ppb in most cases. Exceptions could be darker beers, which are kilned at high temperatures, and some studies indicate that certain foreign beers have higher levels due to less advanced processes—China comes up often as the biggest offender. To answer your question: The vast majority of beer contains extremely low levels of nitrosamines, but no beer is free of them—yet.

Have a question for the Beer Geek? [email protected] ■ 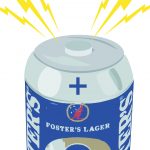 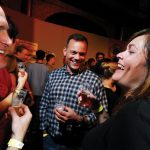