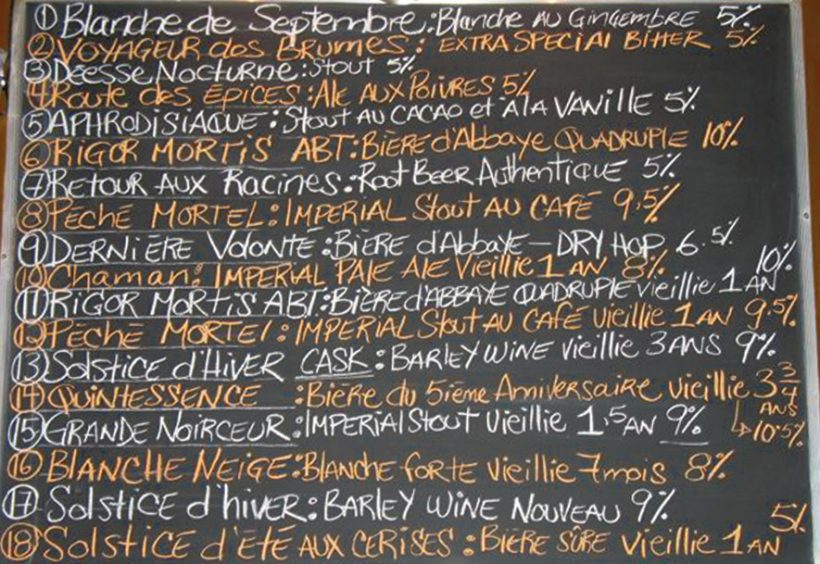 Quebec is an anomaly within North America. With its large French-speaking populace, this Canadian province has a distinctly European mindset for all things gustatory. Whether it is great food, great wine, or most importantly, great beer, they are passionate about all!

The nickname for Quebec is “La Belle Province” and for the tourist, once past the minor language issues, it really is a beautiful province. Anyone going to Quebec for the first time must see Quebec City’s old town, as it is an UNESCO World Heritage Site that has all the charms of the walled European cities. Quebec City is one of the oldest cities in North America and just celebrated its 400th anniversary. From a historic perspective, the founding of Quebec City predates the Mayflower’s landing on Plymouth Rock by 12 years.

One can’t write about the Quebec beer scene without writing about Unibroue. For 18 years, Unibroue has been making affordable and very drinkable, Belgian-styled ales. This company has a knack for doing things right, and the tutelage of its newest (and first Canadian) head brewer, Jerry Vietz, began at Unibroue under a former Liefman’s brewmaster and continued under a former Chimay brewmaster, making for quite the Belgian-brewing education.

With the Quebec microbrew-scene bar being set so high, I can’t imagine the pressure a new brewery would feel growing up in the shadow of this global stalwart. How does a new brewery, 1) top Unibroue, and 2) gain its market share when the competition brews such great beers? An intensely proud and focused Quebecois youth brewing movement is doing just that, and brewing some great barley, hop, yeast and water creations. Some of the breweries and brewpubs are also making inroads in the global market.

Ironically, this trip to Quebec starts in Chambly, just down the street from Unibroue, in one of the wackiest brewpubs and beer museums this writer has ever been to, Bedondaine & Bedons Ronds. Its name is a play on words and makes fun of a Quebecois cartoon as well as the brewer’s beer belly (“bedon rond” means “round belly,” and “bedondaine” is someone with a round belly). The beers here are amazing, and the number of taps is immense, with 17 beers, and there’s so much beer memorabilia that it will warm the heart of any beer drinker. The owner’s wife told us that the brewmania on site only represents a small portion of Nicolas’ collection. That’s all cool, but the beer is the real reason to go here.

Not as crazy as Bedondaine & Bedons Ronds, but also just outside Montreal, in Brossard, is Les Trois Mousquetaires. “The Three Musketeers” epitomizes the extremely focused youth brewing movement.  These guys brew some good ales, but lagers are what rock this brewery the most. Beers I sampled from these rising stars included an amazing Rauchbier that embraced all the smokiness of Bamberg, an equally stunning Doppelbock that made me yearn to attend Starkbierfest and an Oktoberfest that was better than anything I had the year I made my pilgrimage to the real thing.

A couple hours northeast of Quebec City lies the touristy Charlevoix region. The area is a haven for skiing, hiking and mountain biking. In its town of Baie-Saint Paul is the great gastro brewpub Le Saint-Pub; the place is always crowded and demands a reservation if visiting. They brew under the region’s name, “Charlevoix,” and the beer is a good as the food here, with a wide range of brews, from delicate Milk Stouts to big Belgians and the hugest IPAs.

Charlevoix has recently moved from being just a brewpub to opening a new brewery. At the time of our visit, the place smelled more like a new car than a brewery. Unlike most new breweries that are opened on a shoestring budget, Charlevoix attempted to do things right, and everything from the building to the bottling line, brew house and tanks is brand spanking new. On an interesting note, Charlevoix purchased a Champagne riddler from France and plans on doing some méthode Champenoise-conditioned beers, including a secret I can’t wait to try.

At the halfway point between Baie Saint Paul and Montreal, in Shawinigan, lies Le Trou du Diable. Literally, “The Devil’s Hole,” the name describes the whirlpools near the town’s hydroelectric dam and is a nod to local legends. To accurately describe this brewpub, I have to go back to my high school math. This place is the perfect equilateral triangle: The food, the beer and the ambience are all equal parts. This place is every bit as great as Belgian restaurants like Erasmus or the Hommelhof from a cuisine perspective, but to one-up the others, this place brews its own great beer.

This place is like an art nouveau walk through Antwerp, and every foot of the place is thoughtfully designed down to the finest details borrowed from Victor Horta himself. The crowning touch, if you go in the evening, is the light feature in the brew house that makes the brew kettle look as if the smoke of hell is rising off it.

I would be remiss if I didn’t mention the great meal I had here. I am still dreaming about the devil’s ribs, “côtes levées du diable.” These juicy ribs are beer boiled in the brewpub’s own Stout and then a reduction Stout barbecue sauce coats the ribs. The meat just falls off the bone. This is just one of the items on their incredible menu. Trou du Diable’s appeal is evident by the cross section of age groups that frequent this establishment.

L’Assomption, just outside Montreal, would be one of those sleepy, pass-it-by burgs if it wasn’t for Hopfenstark. It is hard to believe this is a one-man operation; Frédérick Cormier does it all, from brewing to deliveries. I am not sure when he sleeps. The ambience of the taproom attached to the brewery is a cross between a Bela Lugosi movie and a Kraftwerk video, making for a sparse, industrial feeling. For anyone who has been to East Berlin, you may recognize the brewery’s symbol: It’s the Communist party member in a brimmed hat featured on the walk sign on the street-crossing lights.

Hopfenstark is just making inroads into the United States with draft beer for the Eastern Seaboard. The bar staff is knowledgeable here, as you are dealing with the brewer, who enjoys telling the stories behind the names of his brews, and to say the man is intense might be an understatement!

Some will argue that Montreal’s Dieu du Ciel! is the best brewpub in the world, and from the numerous treks I have made, I am not going to disagree. The name roughly translates to “Oh my God!” and god I wish this brewpub was in my hometown. DDC brews fantastic beers and first gained a global reputation through their stellar coffee-infused Imperial Stout, Péché Mortel (“mortal sin”).

On the US importer’s website it says that head brewer Jean-François Gravel has no formal brewing education. However, he trumps those with more formal training, as he is very intuitive and has an ability to think inside and outside the box when it comes to making great beer. Gravel and president Stéphane Ostiguy met in a lab doing research on a particular fungus while one was completing his doctorate in biology and the other, his master’s degree. Sounds like the biggest part of a brewmaster’s degree to me—after all, yeast is a fungus.

The iconic brewpub in Montreal is the destination for most beer lovers. The pub usually has 16 of their beers on tap; they occasionally have casks and sporadically, they pull out bottled house ales from their own cellar. I would recommend a visit to the new brewery and taproom in St. Jerome just outside Montreal. The benefits of this taproom are smaller crowds, an opportunity to talk to the brewers and to see the amazing artwork that DDC’s house artist does for all their labels. 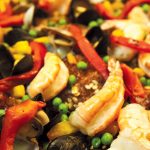 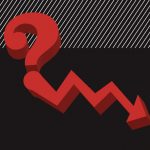