Back to Basics: Part Two 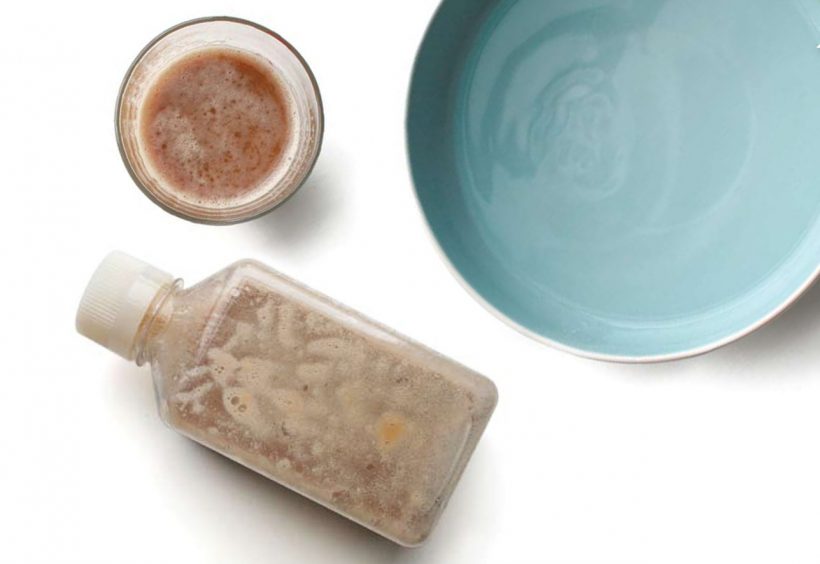 Beer has certainly worn many hats over the years—social lubricant, religious sacrament, refreshing libation, nutritive sustenance. But perhaps its most outstanding quality is its ability to showcase four basic ingredients and the artisans who transformed them. When you boil it all down, beer is little more than four simple ingredients—malt, hops, water and yeast. Join us as we close our two-part series on taking it all back to basics.

Water and Yeast for Dummies
Last month, we delved deep into the superstars of the beer world—malt and hops. But, just as no movie could be made with one overpaid actor and no NBA championship could be won with only a few stellar players, beer cannot exist as only malt and hops. Sure, every worldly element needs its standouts, but the support team is the only reason they are able to thrive. That’s where water and yeast fit in, adding their own touch and flavor, but also carrying the bigger players onto your palate.

H2O, Yeah!
Water may not seem like it has much to do with the outcome of the bottled beer, but ask any brewer, and you’ll hear quite a different story. Mineral content, pH levels, dissolved solids and all sorts of other terminology come into play with water chemistry.

Pure H2O, or distilled water, does not exist in nature. Having a completely neutral pH of 7, and devoid of any additional minerals, pure H2O just cannot be found. It can be manufactured, but it is not of much use to the brewer, or to our bodies, for that matter. Water’s properties in the brewing process have to do with the amount of minerals that are picked up as water travels through soil or rockbeds, which add subtle nuances to an otherwise flavorless liquid and give the great beers of the world much of their character. I’ve Got My Ion You
OK, so maybe you had a terrible high school chemistry teacher, just like I did. But we’ll get through this together, I promise.

Have you ever paid extra for bottled water from some exotic island because your tap water tastes chalky? Had trouble getting your soap to lather, or maybe you’ve got that damn white build-up on your shower head? These problems can be explained by the levels of minerals in your water. Water with higher levels of calcium and magnesium is called hard water—the culprit behind your lack of lather and shoddy showerhead.

Many minerals exist in water, but there are only six that are of major concern to our friend at the kettle (see table). Monitoring levels of these ions is crucial to a successful batch. It’s not that soft water or hard water is universally advantageous over the other; it’s just another component that brewers must take into account and adjust for according to their style.

Brewers must also be leery of levels of iron or copper often leeched from city pipes, and they must filter out the chlorine that is added by most municipal water facilities.

And Up Through the Ground…
Long-established brewing cities have adapted to their water supplies; since until the advent of reverse osmosis filtration, there really wasn’t much of a choice. Pilsen, birthplace of the Pilsner, is home to remarkably soft water, which naturally lends itself well to such a style.

Conversely, Dublin’s water is quite high in bicarbonates, which are quite alkaline and take a heavy hand of dark, roasted malts high in acidity to balance them out (this explains their affinity for making opaque Dry Stouts). Munich’s darker Dunkel and bock beers also owe a nod to the bicarbonate levels of their water. The sharply bitter India Pale Ale found its calling in the high-sulfate waters of Burton-on-Trent.

Now, of course, empowered with this knowledge and special equipment, brewers are able to filter out much of what they deem undesirable and add in water salts as they so desire, making it possible to brew a diverse range of beers from the same location.

…Came A-Bubblin’ Crude
While water comprises upwards of 90 percent of a beer, yeast constitutes but a small percentage of the formula, and is even filtered out altogether after fermentation in some recipes. And while the amount of yeast added might not look like much, there are usually between 30-100 million cells slaving away in each teaspoon of freshly spiked wort.

Yeasts are introduced to feed on the sugars present in the malt and convert them into alcohol and carbon dioxide. While there are several different yeast strains of interest to the brewer, the two most common are Saccharomyces cerevisiae (“Saccharomyces,” derived from the Latin for “sugar fungus,” and “cerevisiae” from the Latin for “beer”), and Saccharomyces carlsbergensis (named after Denmark’s Carlsberg brewery, where it was first successfully isolated).

Besides producing alcohol and carbonation, yeasts also synthesize a whole variety of flavors and aromas of their own, ranging from good to bad to ugly. Bottle-conditioned beers, with the layer of yeast left at the bottom of the bottle, also provide a host of B-vitamins, amino acids and minerals to the lucky imbiber.

“Yeast is absolutely one of the biggest opportunities to create flavor differences,” insists Tomme Arthur, head brewer at The Lost Abbey/Port Brewing Company. “We use three different yeast strains for our five year-round Lost Abbey beers because we’re committed to the flavors each produces for the range of beers we’re making. Too often, breweries produce a large range of beers using one yeast.”

Saccharomyces cerevisiae, often referred to as “ale yeast” or “top-fermenting yeast,” does its bubbly work at the top of the mash (as the nickname implies), thrives in warmer temperatures and tends to produce fuller-flavor compounds that can often be fruity or spicy in character. More robust strains can also produce fusel alcohols, which in excess carry a heavy solvent taste, but in proportionate quantities can add complexity and a slight warming effect to the palate, as found in stronger Belgian Ales and Russian Imperial Stouts.

Saccharomyces carlsbergensis, often referred to as “lager yeast” or “bottom-fermenting yeast,” tends to prefer cooler temperatures and produces cleaner, crisper flavors for the most part. Lager strains can also produce nitrogen and sulfur compounds, which, in correct amounts, can increase fullness and roundness of flavor. Dimethyl sulfide, or DMS, is one such component that is desirable in lagers, but in excess, has a characteristic taste of creamed corn.

We Want the Funk
Outside of the controlled world of Saccharomyces and single yeast strains, there exists a small but growing list of brewers willing to subject their brews to whatever Mother Nature throws at them. Spontaneous fermentation can be risky business— leaving the wort exposed to oxygen in long, shallow “coolships” and letting whatever microorganisms present in the air have their way with it.

These brews rely on a symbiotic fermentation both from ambient yeast and bacteria. Yeast strains such as Brettanomyces bruxellensis or Brettanomyces lambicus (“Brett” for short) are often implicated as spoilage or contaminants in most beer or wine recipes, but for Lambics, Gueuzes, Flemish Reds and certain other styles, they add a layer of sensory overhaul that is, if nothing else, polarizing—you either love it or hate it. These strains produce barnyard flavors, usually described as being “goaty” or like a wet horse’s blanket. To make things more interesting, varieties of Lactobacillus and Pediococcus bacteria often drop by the party to produce lactic acid, which adds a touch of sour pucker to your sudsy science experiment.

Many American breweries have begun exploring these alternate yeast strains, always trying to push the envelope and challenge the conventional. Walk into the tasting room at The Lost Abbey and you’re immediately greeted by the entry to the cellaring room, brimming with aging barrels and proudly displaying the motto, “In Illa Brettanomyces, Nos Fides” (“In Brettanomyces, We Trust”).

Arthur explains, “The Brettanomyces quote was something that I developed to show everyone who stepped foot in our brewery that we’re not afraid of Brett and that it’s a mystical and enjoyable part of the process. When I thought of the Old World Latin over the entrance, it made the doorway a much more contemplative arch, as in this room is where all the magic and voodoo takes place.”

Last but not Yeast
While beer can be described as just four basic ingredients, we beer advocates should always seek out and appreciate that element of magic and voodoo, that certain “je ne sais quoi” added by a mix of the brewer’s touch and the mysteries of science. It’s what keeps beer interesting, and personally speaking, it’s what keeps me thirsty for more. ■ 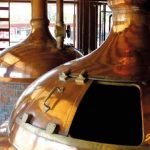 Previous: The Brewery at the Border 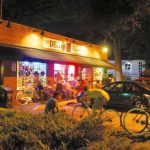