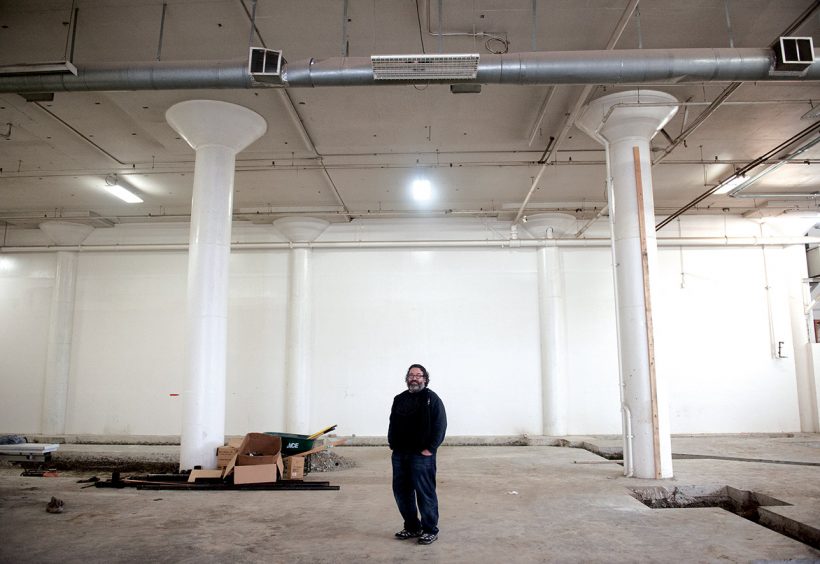 Dave McLean of Magnolia Pub & Brewery stands amid the construction of their new production facility. | Photograph by Michael Harlan Turkell

In 1982, Bert Grant established the Yakima Brewing & Malting Company in what was the former Opera House in Yakima, Wash. Success came fast, and soon people were stopping by to drink his beer, so he put out chairs for them to sit on, welcoming them into what became Grant’s Brewery Pub. It was the first brewpub to open in the United States since Prohibition.

Bert Grant’s Brewery Pub ran out of space soon after it opened in 1982, so he moved into the town’s old train station. By 1991, the brewery had grown into a packaging facility, filling kegs and bottles for distribution, while also supplying the pub.

The first brewpub since Prohibition was also one of the first to add a production brewery to enable growth, keeping the pub as a place to sell the beer. Since then, some of the best-known craft breweries have built production and packaging facilities alongside their brewpub—Deschutes, Dogfish Head, Flying Dog, Rogue, Oskar Blues, Bear Republic and Elysian, to name a few. And breweries continue to do it: The Alchemist did so in 2011, Fat Head’s in 2012, and Moylan’s and Marin Brewing Co. are jointly planning a production brewery in 2013.

There are now over 1,000 brewpubs in the United States, making up nearly half of the total number of craft breweries, according to the Brewers Association. And as these brewpubs reach capacity, they’re following the same path that brewpub pioneers laid out for them 20 years ago.

“I felt drawn toward a brewpub because of both the control afforded with maintaining beer freshness and quality, controlling all aspects of the guest experience, the context in which they interact with one’s beer, and the community-building aspects of a good pub as a social institution,” says Dave McLean, who opened Magnolia Pub & Brewery in San Francisco in 1997.

The current Magnolia setup has been at capacity for the last five years, and the 7-barrel system, capable of annually producing 1,000 barrels, is so overstretched that Magnolia has had to contract-brew to keep up with demand. So across town from their Haight brewpub, in the Dogpatch neighborhood, McLean is currently building a production facility, explaining: “We need this new facility just to keep the existing pub supplied with beer.”

The new brewery, scheduled to open in April 2013, will be a 30-barrel system with an initial annual capacity of 5,000 barrels, plus room to grow. The brewpub will remain, allowing “more small-batch innovation and experimentation” alongside bigger-volume brewing at the production facility.

“More beer!” is why McLean chose to grow Magnolia, plus “not running out of everything all the time, being able to say yes to the enquiries that come in from local bars and restaurants, and more room to experiment.” There will also be bottled beer in the future. “I’ve always thought of Magnolia as a brewery that happens to sell its beer mostly at its own pub/restaurant rather than a ‘brewpub,’ so it’s a logical next step,” says McLean.

Magnolia is expanding because they can’t physically make enough beer to keep up with the orders, and they can’t add more tanks where they are.

“Many brewpubs only have a limited capacity based on their brewing system because they are also operating space-wise as a restaurant,” says Julia Herz, craft beer program director at the Brewers Association. Add to that that there’s “more demand than supply for craft brewed beers from the small and independent breweries,” and busy brewpubs come to face a question: Can they continue as they are, or do they need more beer?

“We need more beer!” says Gina Marsaglia, co-founder and chairman of Pizza Port Brewing Company. “We have such a small capacity at each of the pubs that we are limited in creativity and really want to keep up with the hoppy beer demand.” So they are in the process of building a production brewery at Bressi Ranch, in Carlsbad, Calif., to support the four brewpubs. Brewing higher volumes of the core products at the production facility will allow for more innovation in the brewpubs. They aim to open Pizza Port Bressi in spring of 2013; the plan involves a restaurant, two bars and a party/meeting space, plus the Bressi kitchen will produce pizza dough and sauces to be delivered fresh to the brewpubs each day, alleviating their current need to rent storage units for extra space.

Pizza Port Bressi will also include a canning line. “Evolving into a packaging facility is a helpful extension and a way to expand further,” says Herz, but not many brewpubs have the ability to package their beers in anything other than a growler thanks to space limitations, so growth plans regularly include the ability to bottle or can beer. 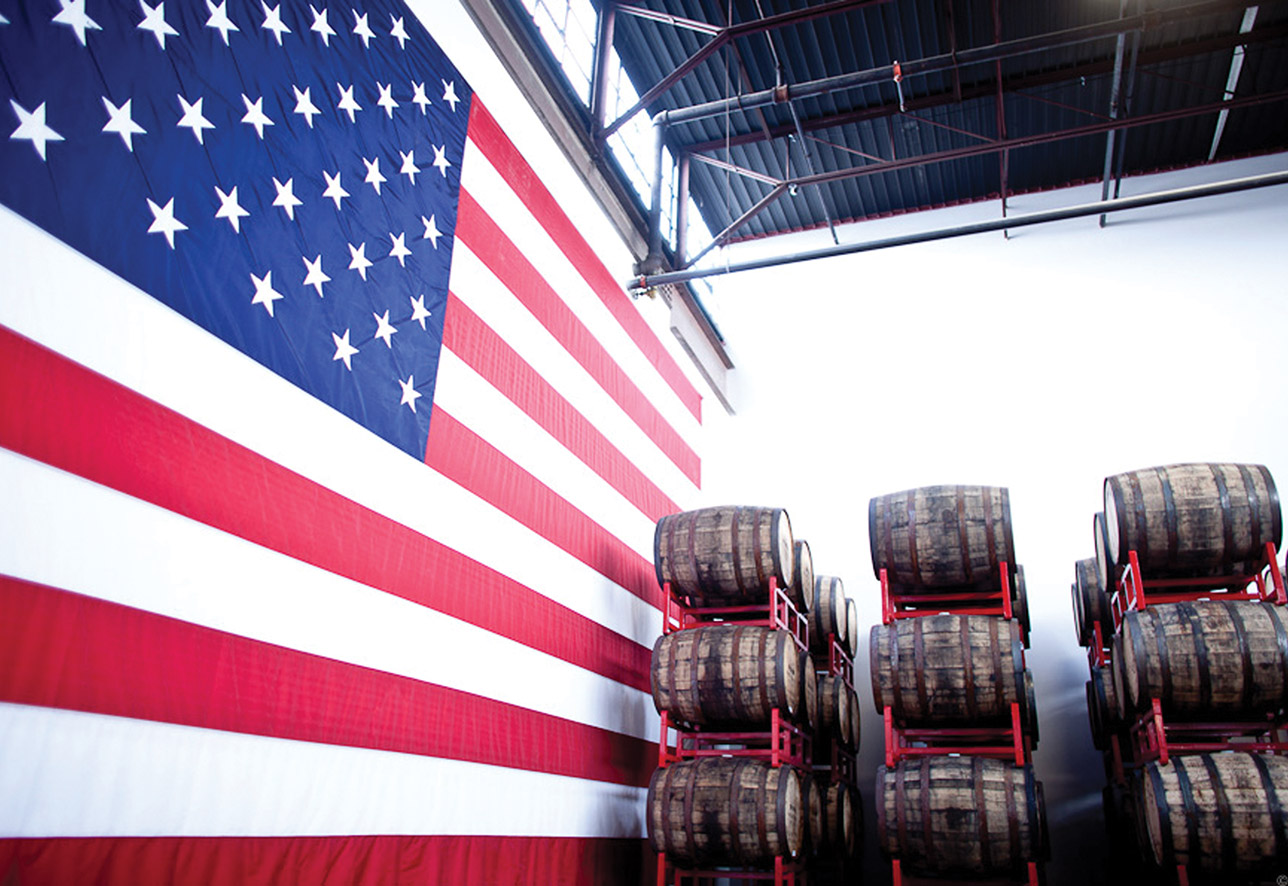 “Much of the general public think that it’s just as simple as bringing in a bottling machine to the pub,” says Josh Deth, managing partner of Chicago’s Revolution Brewing, which opened in 2010. “We were getting tight on restaurant space already, even after an expansion of the brewpub a year after we opened,” he says, adding that they couldn’t bottle beer or increase volume to meet demand. So in 2012, Revolution added a production brewery in a manufacturing district of the city.

Now, the two locations are mutually supportive: The brewpub focuses on food and small-batch beers, while the production brewery will make beers in larger volumes, allowing local and, eventually, interstate distribution of bottles and draft beer.

With benefits including more beer, more flexibility in the pubs, the addition of packaging facilities and the ability to distribute further, what challenges do these growing brewpubs face? Having already built a brewery, brewpub owners have an expectation of what happens when they build another, though there are always issues. New challenges might include scaling up recipes and brewing them on a new kit, hiring new staff, growing logistics and operations, managing the expectations of drinkers and selling beer to more than one venue, which means working hard on distribution.

For McLean at Magnolia, “The overarching challenge is to keep the great thing we have going here at the original location and make sure we don’t do anything to change the way people feel about us.”

But is part of the local appeal of a brewpub inherently lost if it expands? “I don’t think brewpubs are always locally focused,” says Deth, “nor do I think that production breweries aren’t local by nature.”

Chain brewpubs, such as Karl Strauss, BJ’s, Iron Hill and Rock Bottom, have also shown how well restaurant-breweries can work in numerous locations. And importantly, when a brewpub chooses to grow, it is an addition to the pub. The complementary nature of production volume and brewpub variety sees them working together in different roles, simultaneously satisfying the demand and desire for distribution and expansion, while improving the local option by offering a wider selection of beer. By enabling greater freedom and innovation in the restaurant brewery, the idea of a brewpub being a creative place with regular special beers is allowed to flourish. ■ 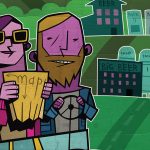 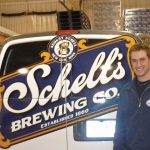