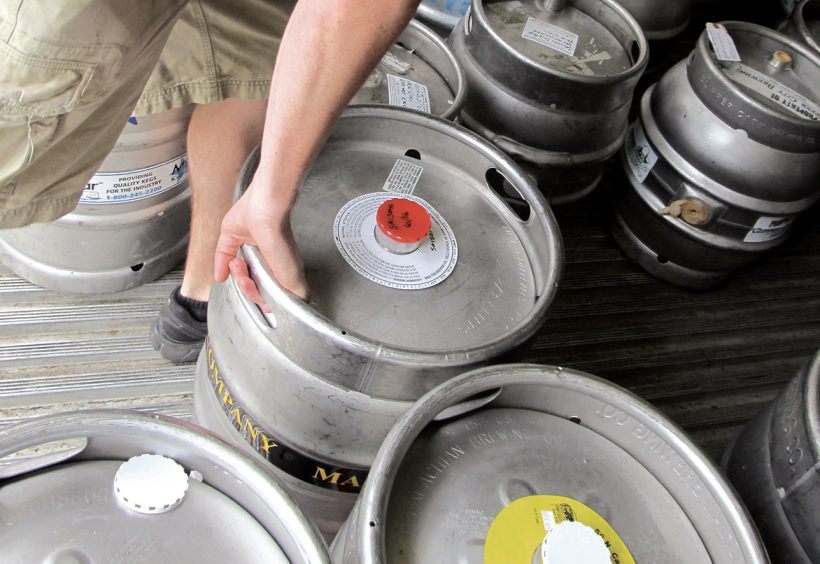 The Massachusetts Brewers Guild and an increasing number of state representatives are attempting to modernize the state’s beer distribution laws. House Bill 999 aims to make it substantially easier to let a brewery sever a distribution contract if they feel the distributor isn’t adequately promoting their brand.

With 44 breweries and 16 distributors in the state, supporters of the bill hope to “level the playing field” for small brewers, as Rob Martin, president of the Massachusetts Brewers Guild, has put it. Under the new law, if a brewery decides to find a new distributor, their dispute would head to binding arbitration. Then, the brewery would need to financially reimburse their original distributor for resources the distributor has invested into the brand.

The bill is openly supported by several local breweries, from smaller upstarts like Night Shift and 3 Beards to larger market presences like Boston Beer Company. Rob Burns, co-founder of Night Shift—which currently self-distributes—tells BA, “[We] are growing, and self-distribution is becoming more challenging. But we are very nervous and tentative to sign any contracts with distributors. … Signing with a small boutique distributor might be the perfect match for our small brewery, but in five years, when we are a larger brewery, they might not have the ability or network to distribute our beers.”

The last time Massachusetts adjusted its beer distribution laws was in 1971, when only one production brewery was operating in the state. Breckenridge Brewery has announced a $20 million plan to relocate brewing operations from Denver to the nearby suburb of Littleton, Colo. When the new facilities are complete, Breckenridge’s brewing capacity will more than double to 120,000 barrels per year. Further production enhancements include 76,000 square-feet of brewery/warehouse space, 2,000 square-feet of which will be used as a barrel-aging cellar.

The new 12-acre site will house its tasting room in a farmhouse, which will offer growlers to go, a retail store and barbecue restaurant complete with a beer garden. The facility will be located on the Platte River, along a bike path that extends south all the way from Denver, some 12 miles away.

Todd Usry, Breckenridge brewmaster and director of brewery operations, tells BA, “The vision was to build a farm-style brewery. It speaks to our culture, our heritage. We’re Colorado born and bred. We started with a cool place up in the mountains, and we wanted to stay humble in our design and our image.”

The new production brewery will also be equipped with a host of green features, including energy recovery systems for heating water, solar tubing to provide enhanced natural light and various water reclamation systems. Once the new brewery is complete, Breckenridge will sell their existing brewery to another brewer and relocate all operations to Littleton. The new facility is slated to open in fall 2014, bringing 60–75 jobs to the town.

Usry adds, “We feel that Colorado has been real good to us, and … we’ve got no plans of moving out of state. We’re real content to stay put in Colorado and invest here.”

In June 2012, Anheuser-Busch InBev announced its planned $20.1 billion deal to purchase Grupo Modelo, the Mexico-based producer of top-selling import brands like Modelo and Corona. However, those plans were stalled on January 31st, when the US Department of Justice (DOJ) filed suit to block the transaction from taking place.

In the suit, the DOJ alleges, “The transaction … threatens competition by combining the largest and third-largest brewers of beer sold in the United States.” The claim continues, “The proposed acquisition would eliminate this competition by further concentrating the beer industry, enhancing ABI’s market power, and facilitating coordinated pricing between ABI and the next largest brewer, MillerCoors, LLC.”

The DOJ listed other points of contention, such as comparing Modelo’s tactic of keeping prices low to ABI’s tendency of being the first to raise prices, and how the sale of Modelo’s 50-percent stake of Crown Imports to Constellation Brands was constructed to create “a façade of competition between ABI and its importer … that transforms horizontal competition into vertical dependency.”

After the DOJ suit was filed, ABI revised the deal, offering to sell a Mexican brewery as well as the rights to Corona and other Grupo Modelo brands to Constellation for $2.9 billion. The DOJ is considering the new plan, while stating that they are still preparing for litigation.

As part of an ongoing process to become a more environmentally friendly operation, Alaskan Brewery has announced they are now using their spent grains as the sole source of fuel for their steam boilers. Alaskan, which claims to be the first craft brewery in the world to use spent grains in this fashion, says the move will cut the fuel oil consumption of their brewing process by upwards of 60–70 percent. Taking existing growth estimations into effect, this equates to approximately 1.5 million gallons saved over the next 10 years.

The brewery began its journey to become greener back in 1995, with the installation of a spent grain dryer. Most brewers feed spent grain to livestock; since there are no livestock in Alaska, the machine prepared grains for shipment to farms in the lower 48 states. In 2008, they installed a mash filter press. Finally, the end of 2012 saw the completion and installation of a $1.8 million, custom-constructed spent grain steam boiler.

Alaskan co-founder Geoff Larson states via press release, “Reducing our energy use makes good business sense, and good sense for this beautiful place where we live and play.” Pennsylvania Gov. Tom Corbett has unveiled plans to privatize the state’s liquor system. An estimated $1 billion in revenue from the sales of more than 1,200 wholesale and retail licenses, and over 600 locations, would be poured into the state’s public education system over four years.

Some of the biggest changes for consumers will include being able to buy wine and beer at grocery and convenience stores, and being able to buy six-packs from a distributor outlet (instead of having to buy whole cases). In an official statement, Gov. Corbett explains, “The state will no longer be a marketer of alcohol; instead, it will now focus on its role as a regulator. It also creates an unprecedented opportunity for economic expansion for private sector employers while remaining revenue neutral for the state.”

While polls indicate overall support for the plan, criticism centers around the loss of an estimated 3,200 government jobs. The one-time injection of cash into public education is also problematic, according to critics. Leigh Maida, co-owner of multiple craft beer pubs in Philadelphia, explains to BA how this shift could seriously affect her businesses: “We expanded our bar [Local 44 in West Philadelphia] to include a bottle shop, carrying exclusively craft beer. The combined idea of more distributor licenses being created, these same distributors being able to suddenly sell in smaller quantities, which has always been the terrain of bars and shops like ours, and these licenses [costing] a fraction of what our license cost us is a pretty big thing to ask retailers like us to swallow.”

Maida continues, “To get into business in the first place, we’ve had to play by the state’s current rules. … We’ve put it all on the line to open the small businesses that we have, and suddenly the rules might be totally different, making our long-term strategy for profitability far less stable. … This privatization plan really undermines everything we’ve been working hard to build.” ■ 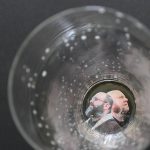 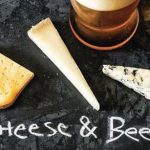