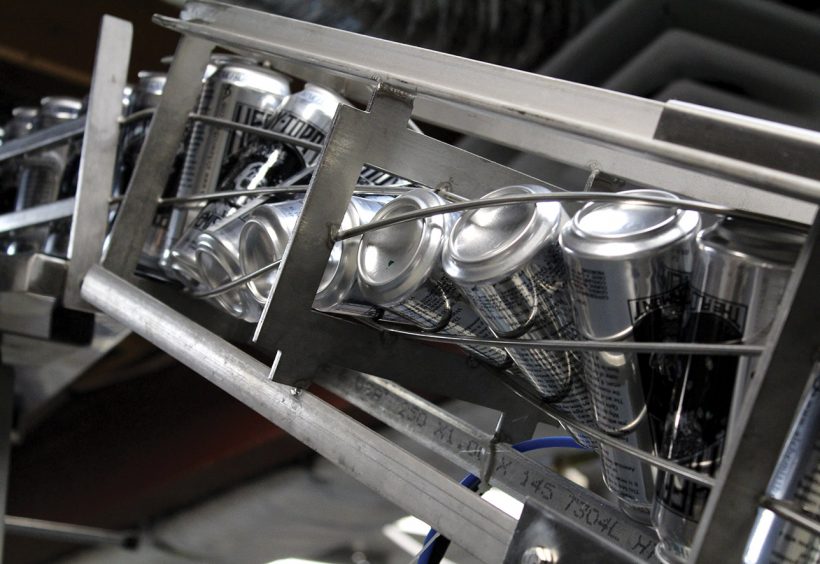 Heady Topper fans can breathe again—after The Alchemist announced the closing of the retail shop at their cannery in Waterbury, Vt., where consumers could line up to purchase cases of Heady (if it wasn’t already sold out), the brewery followed up with news that they’re working to open a new, larger store nearby, “hopefully before Christmas.”

Alchemist co-owner John Kimmich cited “growing pains” as the motivation behind the decision to close the current shop. In an AP report, Kimmich noted neighbors’ complaints of excessive driveway-turnarounds, traffic concerns on nearby Route 100 and a lack of maneuverability for their own delivery trucks during busy periods.

The November 5 announcement of their closing confused and even angered some of The Alchemist’s fan base. On the brewery’s Facebook page, user Cale Miller posted: “The cannery was the *only* reliable place to buy [Heady Topper]. Stores sell out fast and are not dependable enough to make the drive for. If the beer sucked, we wouldn’t care. Unfortunately, people are passionate about it. When something you are passionate about is no longer available, you get pissed.”

The Alchemist responded to some Facebook posts by asking for consumers’ patience, which they indeed received from many fans. “I just didn’t really understand why they would make one of the world’s best beers even less available, especially with the recent announcement to start filling growlers,” BeerAdvocate user DrinkSlurm tells BA via direct message. “After more thought, I can see that it must have been a tough decision but they (hopefully) have a good reason and something big is coming.”

The follow-up announcement on November 12 that The Alchemist is working to secure a new retail space was welcome news for many fans. DrinkSlurm writes, “As long as there is someplace where you know you can get the beer you want, it’s a win. I would have been even more apprehensive about driving all the way up there to search every supplier/store in the area to piece together a case.” Analysts Believe Time is Nigh for SABMiller / AB-InBev Merger

The two biggest brewing entities in the world, SABMiller and Anheuser-Busch InBev, have long been bitter rivals. In the past decade, each company has seemingly been buying as many breweries as they can. After talks of a merger fizzled in June 2012 with ABI’s purchase of Grupo Modelo, Reuters reports that the time may be right for the companies to make their move.

While the merger may sound too big to be true, analysts point out why it makes sense: There are very few markets across the world left untapped by either brand, and acquiring another regional brewery would be too expensive and have too little an impact on either corporation’s overall sales. Such a deal would not come cheap, either—the buyout value of SABMiller is estimated to be around $100 billion.

If the merger were to take place, US regulators likely would not approve of one company (AB-InBev) holding such a large market share, so some assets would need to be sold off—the most likely of which being SAB’s Miller stake to MolsonCoors. One of the other potential hurdles would stem from the combined entity controlling such a large market share in China, where SABMiller dominates with Snow, one of the top-selling beers by volume in the world.

Each corporation’s soft drink bottling entities also come into play. ABI bottles Pepsi products in Latin America, and SABMiller bottles Coca-Cola. A combined corporate umbrella would have to choose one brand over the other to continue producing.

Perhaps unsurprisingly, both ABI and SABMiller have declined to comment on the subject. While some might say imitation is the sincerest form of flattery, it seems BrewDog isn’t quite sure what to make of it. On a recent trip to China, co-founder James Watt happened to photograph an evidently phony BrewDog storefront in the southern province of Changzhou. The store’s sign—which displays a virtually identical font and familiar dog logo—promises “great beers” to passersby.

While the number of BrewDog pubs has been growing steadily, and the Scottish brewery does distribute their beer in China, they do not operate any retail storefronts. “I am bemused, kinda happy, a bit flattered and simultaneously terrified. Like a French foie gras goose,” Watt tells BA.

No plans have been made to pursue legal action at this point; obtaining the cooperation of Chinese authorities to pursue the matter would likely prove difficult.

New Beer Laws On Tap for Ohio, Michigan and Georgia

A wave of new beverage laws are working their way through the state legislatures in Ohio, Michigan and Georgia that could impact the beer industry in those states.

In Georgia, brewpubs are fighting for the right to fill growlers for take-home sales. A state Senate committee recently heard testimony from brewpub owners on the matter, and plans to issue a report by the end of the year so the General Assembly can consider a bill when it resumes in January.

Consumers and pubs are both in favor, and pubs have agreed to charge more for growlers than stores do in order to reduce competition, but beverage retailers and wholesalers are still against the change.

Michigan’s legislature recently passed a bill defining a pint as 16 ounces, and another allowing for take-home sales of 64-ounce growlers at pubs, but they’re not content to stop the reform there. Three bills are about to go up for vote in the House: House Bill 4709 intends to change the definition of a microbrewer by doubling the barrel limit from 30,000 to 60,000. HB 4710 would allow brewpubs to hold an interest in up to five additional brewpubs, so long as combined annual production is under 18,000 barrels. Additionally, HB 4711 permits breweries to sell their beer for consumption on-site at two brewery locations instead of one.

Several additional bills have also been approved by Michigan’s state Senate. Senate Bill 505 allows pubs to serve in branded glassware (if the glasses are purchased through a wholesaler). However, SB 505 prohibits alcohol-related branding on other objects, including signs and coasters. Finally, SB 650 and 651 permit brewers producing less than 1,000 barrels to self-distribute in areas where they have not already granted rights to a distributor.

Ohio is currently evaluating Senate Bill 116, an open-container bill that would give several cities and towns the option to allow consumption of alcoholic beverages on the street. Some cities, such as Las Vegas, Memphis and New Orleans, already allow it.

The bill would allow towns of over 50,000 citizens to designate up to three “open container districts,” based on their total population.

The bill’s outlook is good. It has received bipartisan support, and is being hailed by lawmakers as a way to spur local economic development. A vote is expected either late this year, or when the General Assembly returns in March 2014. ■ 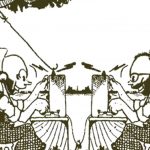 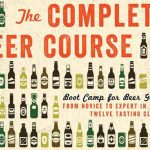