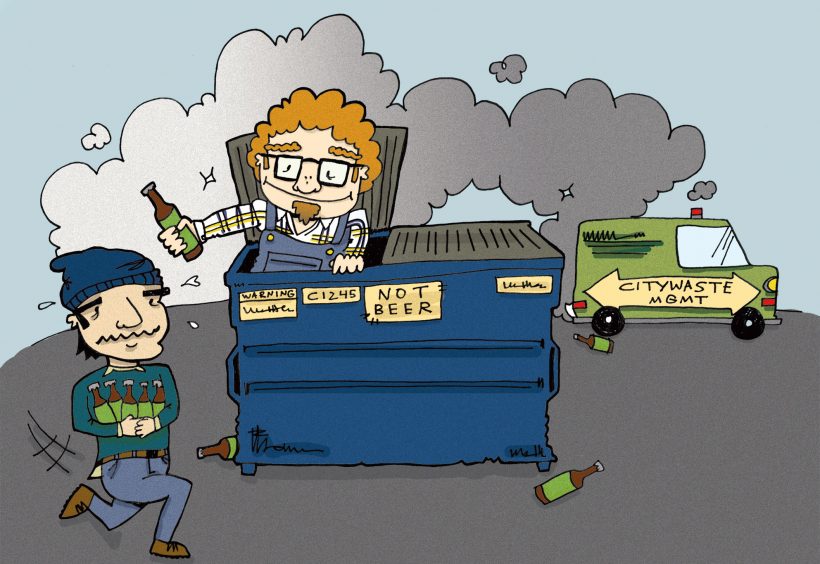 On April 1st, local distributor Scheppers dropped off roughly 1,500 cases of the beverages to be disposed of because they were past their expiration dates. The two unnamed workers saw the beer to be destroyed, loaded the boxes into a city truck and headed home.

However, the workers weren’t just taking garbage—law in the city of Columbia states that once an item is in the dump, it becomes city property, and using the city’s vehicle to haul it away only made the situation worse. The two workers were identified in the act by surveillance cameras, and have been issued charges including loitering on site, having alcohol on site and using city vehicles for non-work-related activity.

Other charges may follow, but city officials are still investigating the incident. One of the two workers has since resigned.

Hoping to greatly reduce a $2.8 billion budget deficit, the state of Washington has passed a new set of tax hikes that aim to bring in nearly $800 million in additional yearly revenue. This means inhabitants of the Evergreen State will pay more for soda, candy, bottled water and beer.

But there’s a catch. The tax only applies to macro-breweries—those which produce over 60,000 barrels per year. This means companies like A-B InBev and MillerCoors will face tax hikes, but brewers such as Gig Harbor’s 7 Seas Brewing Company and Seattle’s Baron Brewing Company will be exempt.

Critics of the tax hike (and its microbrewer exemption) argue the bill favors drinks for “yuppie liberals,” and not the average working-class citizen. At a news conference on April 13th, Washington Gov. Christine Gregoire defended the package, stating that the exemption is not for “some highfalutin beer… It’s because they’re Washington state jobs, Washington state beers.” While many colleges would go to great lengths to keep from being associated with alcohol, Louisiana State University Chancellor Michael Martin has unveiled a proposal to build an on-campus brewery within the next two years.

The proposed facility would add an array of educational capacities, such as a laboratory for food science majors and a training facility for future brewers, and it would be housed in the LSU-owned Lod Cook Hotel & Conference Center.

Furthermore, an official LSU brewery could contribute to the school in numerous ways. Having the capacity to formally train brewers will attract a wider range of students, and revenue generated from the sale of the beer could be used to fund various campus programs and organizations.

However, the project is still in the very early phases, and must contend with some legal and logistical obstacles before it can begin construction. The brewery requires large start-up capital, which would require sponsorship. According to Martin, though, local A-B InBev distributor Mockler Beverage has signaled an interest in supporting the venture. Despite these challenges, students and faculty alike remain optimistic for the opportunities the new facilities would bring.

Denmark-based Carlsberg, the fourth-largest brewer in the world, was one of the last major breweries to allow its employees to consume alcohol while on the job— at least, until April 1st. Then, a new policy was enacted, which reduces the number of brews the warehouse workers are allowed to consume from three to one, and restricts the workers to drinking only within the company’s canteen area during lunch.

These restrictions didn’t sit well with workers at the warehouse facility in the Copenhagen suburb of Høje Taastrup, and on April 7th, over 800 factory workers walked off the job in protest, with over 250 staying on strike the following days. They were joined by 50 brewery drivers in an act of union solidarity.

However, five days later, after shipments to surrounding areas had to be delayed, the strike ended and warehouse employees returned to work with no immediate change, but Danish trade union 3F is investigating the matter. In a statement on the union’s website, 3F union delegate Michael Christensen said, “We have agreed with management that we will meet very soon to find a temporary solution while waiting for a legal settlement of the matter.” ■ 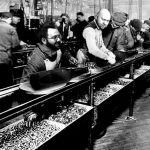 Previous: If It's Good, Does it Really Matter? 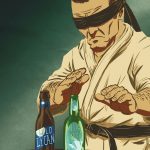