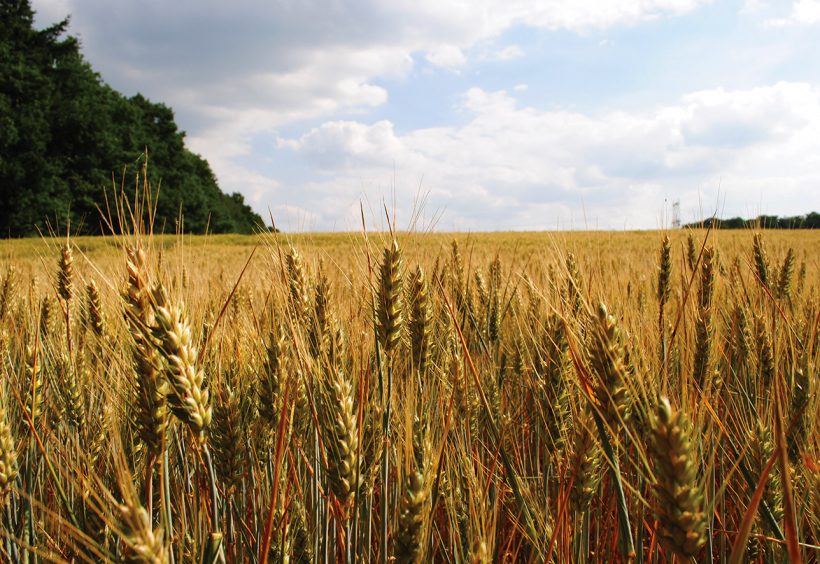 Adverse growing conditions this season have caused the Canadian barley crop to suffer a late start. The delayed start to the growing season means that if a September frost occurs (which is fairly common in the region), much of the crop could be killed before it’s able to fully mature. If this scenario were to occur, it could mean the second-smallest harvest in the last nine years, potentially leading to a global shortage of malting barley.

As a result, the price of barley has jumped by as much as 60 percent from last year, and it’s likely that prices will shoot up further still. Unfortunately, it seems like breweries paying more for their ingredients would be left with no other choice but to increase prices to keep from losing money.

Canadian barley makes up around 6.4 percent of the global supply, and just over 9,500 metric tons were produced in 2010, according to the US Grains Council.

Don’t start hoarding your brews yet, though. Since barley has a short growing season, some farmers are planting a second batch in hopes that it will be able to help offset some of the expected losses. Alternatively, some breweries may still be able to procure grains from Australia, where a fruitful growing season is underway. France may not be renowned for their beer these days, but a recent discovery has shown that might not have always been the case. A 2,500-year-old homebrewing operation has been discovered at an archaeological site in the Provence region of southeastern France, with equipment dating back to 500 BC.

The site provides the oldest evidence to date of a beer-making operation in France, and is also one of the oldest sites discovered in Europe. The region was inhabited by Celtic people at the time, and it was likely that they enjoyed the grain just as much as the grape, as barley was their primary crop.

Those who have analyzed the equipment have noted that the ancient brewing processes appeared to have been very similar to modern methods. Researchers were also able to learn about their malting process from carbonized barley samples found in three areas of the house: a floor near the hearth and oven, within a container, and from a pit. From their findings, they deduced that the dwellers likely soaked the grain in vessels, spread it across a flat, paved floor during germination, dried it in the oven, then milled it with grindstones and fermented it in the hearth or containers.

Knowing what the brew would have tasted like isn’t possible until researchers discover more about the additives (including hops) and exact fermentation techniques the Celts would have used.

Neon-colored drinks laced with sodium and electrolytes are typically what come to mind when one thinks of a “sports beverage.” However, according to a recent German study, non-alcoholic Weissbier may deserve a spot at the finish line too, due to its reported ability to boost runners’ immune systems.

The study, published in the journal Medicine & Science in Sports & Exercise, found that polyphenols—a type of antioxidant prevalent in the non-alcoholic Weissbier—provided particularly strong antioxidant, anti-inflammatory and anti-pathogenic qualities to long-distance runners who drank around 1 liter of the wheat beer each day. For the runners, that means there would be a much lower risk of developing colds or upper respiratory tract infections.

Of the 277 male subjects tested, roughly half were given non-alcoholic Erdinger wheat beer, while the other half was given a placebo “wheat beer” beverage, which was specially made for the study and contained no polyphenols.

Study leader Dr. Johannes Scherr summarizes the findings via press release: “The potential for foods containing polyphenols to have a positive effect on athletes’ health has already been suggested in several articles. Nevertheless we were ourselves sometimes surprised at how clearly evident this was in the results. We now have scientific confirmation of those assumptions for this test beverage, with its particular combination of polyphenols, vitamins and minerals.” After several years of hardship, New Century Brewing (helmed by Rhonda Kallman, and one of the main focal points of the film Beer Wars) has closed its doors for good.

As reported in BA issue #48, New Century’s primary offering was Moonshot, a lager with caffeine added to it. When the FDA cracked down on caffeinated alcohol drinks in November 2010, Moonshot was one of four brands (the other three all being fruit-flavored malt beverages with over twice the ABV) to immediately get yanked from store shelves. The ban left Kallman sitting on approximately $25,000 worth of beer she was prohibited from selling.

New Century continued to sell Edison Light in the months following, but the brand had a hard time finding its niche in the craft market. Additionally, news of the FDA’s ruling on Moonshot made it difficult for Kallman to retain support from distributors.

Kallman tells BA via email, “Unfortunately, the FDA rulings were extremely irresponsible and they took the path of least resistance so the [caffeine] issue would go away. I’m not sure what the next chapter will bring. I’ve spent over half my life in the beer industry, so [it’s] difficult to look too far beyond.”

Charles Koch Jr., a former brewer and the longest-serving member of the Boston Beer Company board of directors, passed away at his home in Ohio on Monday, June 13. Koch was 88 years old.

Koch started out as a brewer by trade, being the fifth generation of eldest sons to passionately brew beer. He graduated from the University of Cinncinati as a chemical engineering major; in 1948, he graduated from America’s oldest brewing school, the Siebel Institute of Technology in Chicago. Koch worked in various breweries throughout Greater Cincinnati until the widespread decline of local breweries came around in the late 1950s. In 1958, Koch left the brewing business and cofounded Chemicals, Inc., a brewing and industrial chemical distributor in Cincinnati. Koch led his company until he retired in 1987.

Koch also introduced his eldest son, Charles James (Jim) Koch, to the art of brewing. Thanks to his father’s guidance, Jim Koch would eventually go on to found the Boston Beer Company and the Samuel Adams brand, where Charles Koch would serve on the board of advisors and, later, the board of directors, from 1987 until his passing. He will be missed by members of the beer community. ■ 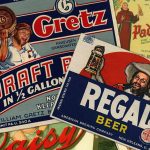 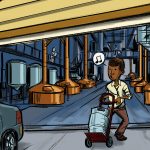