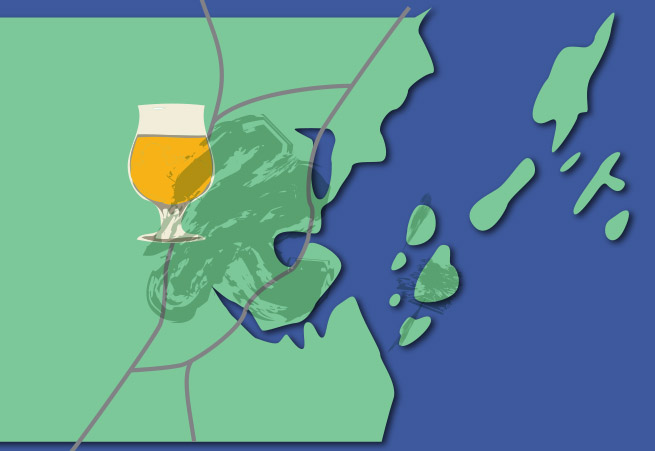 Long weekends and warm weather may give you an irrepressible wanderlust in the summer. Don’t fight it—give in to a mini-holiday that’s not too far from home. There are plenty of cultural sights and activities in each of the following destinations. You can make the whole family happy while fulfilling your real reason for being there: the exceptional beer. Here are four craft beer-infused itineraries for a vacation that you can really use.

Maine Maritime
Lush forests, coastal breezes … Maine conjures simple pleasures and natural splendor. And the New England state is no slacker when it comes to pumping out some of the country’s most exciting beers. Maine boasts the fifth largest number of microbreweries per capita amongst them all, and this population is ever-growing and improving. Plant yourself in Portland for a day to visit Allagash, the Belgian-style brew-laboratory—who needs that peeing boy statue in Brussels, anyway? Head toward downtown to Shipyard Brewery, or check out the rare and rotating offerings from Maine Beer Company in nearby Freeport. Between breweries, go for a hike on Bradbury Mountain, or hit up a beach town nearby. Fresh seafood tastes better with a beer batter! Denver Downtime
Have your own GABF in this city, well known as a capital of beer. The legendary “Denver Beer Triangle” that extends from Denver to Boulder and Fort Collins is filled with microbreweries, should you be compelled to get lost in them. But the Mile High City itself is home to gems like Great Divide, Denver Beer Co., Wynkoop Brewery and newer arrivals like Strange Brewing Company. A little detour west will take you to a place called Golden, Colo., where rumor has it there’s a brewery that boasts the largest facility in the world. Seattle in the Summer
The Pacific Northwest has captured many a lover of food and drink over recent years. This is in part thanks to its natural resources and climate, which allow for great vineyards—and acres of hop farms. Spruce up the season with a blitz through Seattle’s best beer destinations—microbreweries like Elysian, Black Raven and Naked City, as well as the many bottle shops and homebrew stores. During recovery time, watch some wildlife at Discovery Park or the Woodland Park Zoo. Be sure to visit the historic Fremont neighborhood, and its eponymous brewery, as well as favorite hangouts with great draft selections like Brouwer’s Cafe. A Philly Good Time
In Philadelphia, craft beer is about more than just something to wash down those cheesesteaks with. The historic city has brewpubs and craft beer bars ’round every corner. Hit up Dock Street Brewing, Earth Bread + Brewery and Nodding Head Brewery [closed] as you stroll about. Taking a tour of the tasting rooms of Sly Fox, Victory and Flying Fish in outlying towns will give you a sense of their regional pride. Philly Beer Week, taking place the first week of June, is a big deal in this town, so mark your calendar to take advantage of the endless events around town. ■ 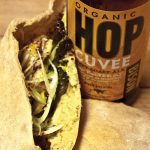 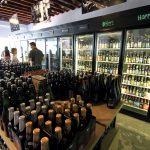