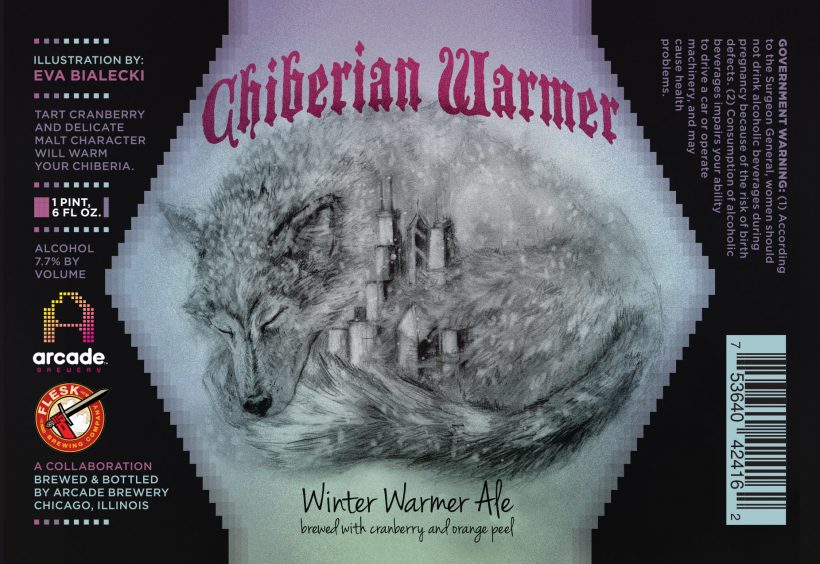 Many brewers consider beer-making an art. But Arcade Brewery co-founder Chris Tourre took that concept literally. “I was a community-based artist in Chicago and was running my own art studio,” he says. “I created a project titled ‘Public Brewery,’ where I would take over gallery spaces with brewing equipment and create beers throughout the tenure of the show.”

Tourre went on to lead brewing workshops, and collaborate with artists, agriculturalists and community members to make beers they wanted. In 2012, he went commercial. But he and co-founder Lance Curran kept “the collaborative and communal process” alive with Arcade Brewery’s quarterly Public Brew series, where the community creates the name and label design for a seasonal beer.

The latest is a Winter Warmer brewed with cranberry and orange peel. First came the name, submitted by Chris Koentz: “Chiberian Warmer,” a nod to Chicago’s Siberia-like winters. Then they called for art submissions, and Eva Bialecki didn’t hesitate. “The image on the label came to my head right away,” she says. “I thought, what if something just came down and wrapped up the city like a big fluffy sweater?”

Once she started drawing, the concept took shape quickly: a soft “Chiberian” husky protecting the Chicago skyline from the elements, with the subtle cranberry tones and warmth of the slumbering dog reflecting the beer’s flavor profile. As Arcade selected the finalists, Bialecki’s stood out. “We liked how the image is as comforting as the beer,” says Tourre.

Then fans voted for their favorite online. “My mom was counting votes and calling me up until the very end,” says Bialecki. “It feels good to win of course, but the comments I received and the support from friends and strangers was really wonderful.”

“It’s absolutely heartwarming to see designers compliment each other’s work and create connections with one another because of our challenges,” says Tourre.

Next year’s Public Brews are already lined up, along with another community-driven project uniting fermentation and visual expression: 6-Pack Stories, where artists and writers develop a comic book across each bottle. ■ 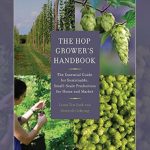 Previous: The Hop Grower’s Handbook: The Essential Guide for Sustainable, Small-Scale Production for Home and Market 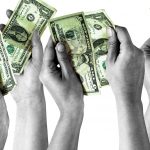