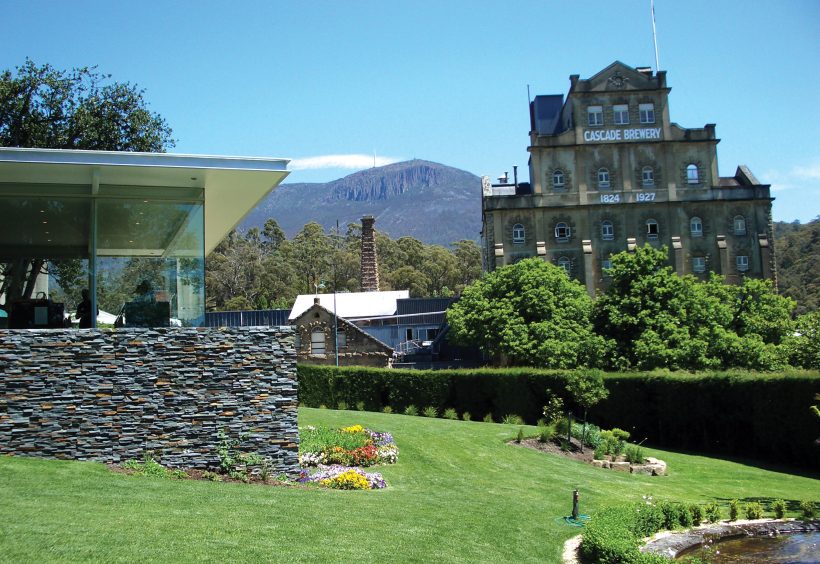 As part of their environmental sustainability program, Cascade Brewery in Australia has just released Cascade Green, a beer that offsets every single carbon emission created in its production, use and disposal. This is achieved by purchasing carbon offsets up front, which they do by supporting a local landfill that specializes in reducing methane-rich gas produced from decomposing municipal waste. In addition, local Tasmanian ingredients are used, the minimal transportation of which is offset, and bio-degradable vegetable oil-based inks are used in their packaging consisting of 100 percent recyclable cartons. Learn more at cascadegreen.com.au. [TA] “Since 2004, dollar sales by craft brewers have increased 58 percent,” said Paul Gatza, director of the Brewers Association. “The strength of this correlates with the American trend of buying local products and a preference for more flavorful foods and beers.”

The total number of reported craft breweries in operation increased by only a dozen, however 1,406 out of the 1,449 operating breweries in the US were craft breweries. Production by craft brewers exceeded 8 million barrels (up from 7.15 million in 2006), translating to $5.7 billion out of the $97 billion estimated total dollar volume for the entire US beer market. [TA]

Promoting its success more than three decades ago in revolutionizing the American beer world with the release of Miller Lite, the Miller Brewing Company is now looking to do the same to the world of craft beer. Miller is presently testing three initial releases in its new Miller Lite Brewers Collection, a series of low-calorie, “craft-style” light beers.

Boasting the tag line, “Craft Beer. Done Lite,” the Miller Lite Brewers Collection seeks to create a new product niche in the competitive craft beer marketplace. The collection’s first three releases, which will include an Amber Lager, a Wheat Lager, and a Blonde Ale, are available in 12-ounce bottles in Baltimore; Charlotte, N.C.; Minneapolis; and San Diego. Each beer has 110 calories and 6.2 grams carbs per 12-ounce serving.

The beers, which are brewed in slightly less than 500-barrel batches in Milwaukee, target mainstream light beer drinkers and not craft drinkers. Miller hopes that the marriage of two of the most successful trends in American beer will help propel the collection to success. [AC]

Citing criticism that the uniform drinking age of 21 fails to prevent underage drinking, legislators in Vermont are the latest to join a slowly building movement to allow 18- to 20-year-olds to legally buy and consume alcohol. Passed in 1984, the National Minimum Drinking Age Act uses a carrot-and-stick approach to encourage states to enforce a minimum age of 21 for alcohol purchases, lest they face a 10 percent decrease in federal highway funds.

A committee of the Vermont Senate recently approved a bill creating a task force to consider rolling back the New England state’s drinking age. If it passes a full Senate vote, the state will research the benefits and problems caused by the minimum age. Vermont joins legislatures in New Hampshire, South Carolina and Wisconsin in reconsidering the mandatory age law. [AC]

Anheuser-Busch is in the unusual position of playing catch-up in the wake of the stunning success of Miller Brewing Company’s Miller Chill, a light lager brewed with lime and salt. While Chill ended the year as one of the most successful new beverage alcohol releases of 2007, it will soon have to compete with the launch of Bud Light Lime.

Foregoing the typical regional testing period, Anheuser-Busch will release the new product nationwide starting in May. Hoping to capitalize on the popularity of chelada-style beers during the warm summer season, Anheuser-Busch will support Bud Light Lime with a $35 million marketing campaign.

Branding the new release with the franchise’s Bud Light name is a bold move for a brewery known for its methodical approach to product development. Bud Light Lime joins Bud Chelada and Michelob Ultra’s “Lime Cactus” drink as recent additions to the brewery’s lineup. [AC] In a press release, Sixpoint’s brewmaster Shane Welch said, “Although we do not intend this beer to be a direct Sixpoint endorsement of Obama, we believe the delicious and refreshing quality it represents reminds us of the senator’s successful grassroots campaign.”

To which a BeerAdvocate member replied online with, “Any time you put a name on a beer it is an endorsement, or at least propaganda. Looks like a good brewery I won’t be sampling.”

“Hop Obama” Ale will be available on draft only at select New York and Massachusetts bars during the Democratic primary hiatus—March 12 through April 22. [TA] ■ 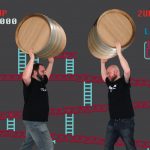 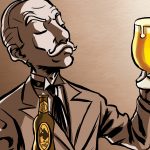