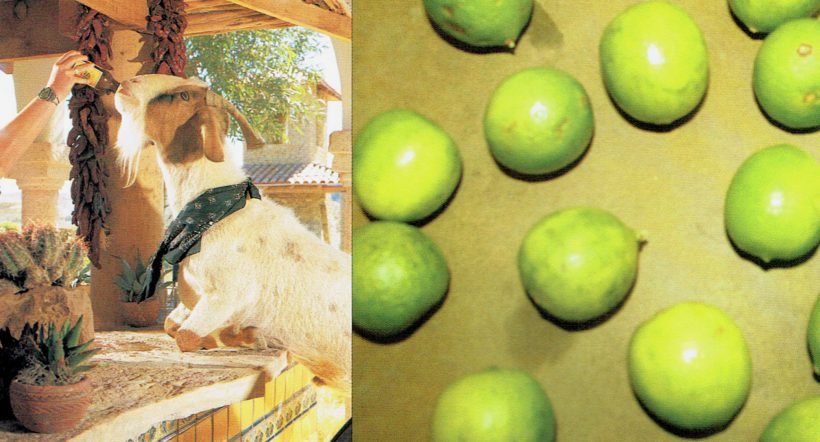 The call (and drink) of nature

When a loose camel in Dublin downed 200 mince pies and six cans of Guinness in December, it made worldwide news. But the camel, named Gus, wasn’t the first animal to make headlines by drinking beer. In 2004, a bear pillaged a campsite near Seattle and gulped 36 cans of Rainier (it left a stash of Busch mostly alone). And in Lajitas, Texas, three successive beer-drinking goats have held the position of honorary mayor.

When another species gets its first taste of beer and is smitten, it seems to confirm the drink’s universal allure. Not to mention, it’s hilarious. And for those reasons, it’s obvious why stories about these animals are written. But what motivates the animals? If a bear cracks open one beer, it can be chalked up to curiosity. When it downs three dozen, though, something else is going on.

“The first thing that comes to mind is that beer is actually pretty nutritious, especially a beer like Guinness Stout that’s chock full of yeast and malts,” says Jenny Boughman, a professor at the University of Wisconsin’s zoology department, who brews beer with her friends. Beer also has a lot of easily extractable calories, which animals might prefer.

The proof is in the bingeing, says Lowell Nicolaus, a retired biological sciences professor from Northern Illinois University. Animals can usually sense the physiological value of a new food, and will favor the nutritious ones. That’s probably why Gus moved on to his second Guinness. And third. And so on.

Is a Corona without limes still Corona? Chinese say yes.

Chinese beer drinkers may know Tianya Haijiao better than Tijuana, but they’ll now be able to enjoy the Mexican beer of the beach nonetheless. Since January, Corona has been making a major push into the communist behemoth, thanks to a distribution deal with Anheuser-Busch.

It’s a big move for Corona’s brewer, Grupo Modelo, which could benefit from the enormous Chinese market. But while the beer will be the same as it is here, the experience may not be. That’s because while China is getting the Mexican beer, it isn’t getting another one of Mexico’s popular exports: limes.

Mexico dominates the world’s lime export market, and it hasn’t yet struck a deal with China. That could make the fruit rare over there, interrupting the usual tradition of drinking Corona with a slice of lime. In South Korea, another country that imports Mexico’s beer but not its limes, locals say Corona is garnished with slices of lemon–lemons being easier to grow in varying climates than limes.

Then again, the lime-accented Corona isn’t universal anyway. In the beer’s homeland, most people drink it with ice and lemon juice, according to Luis Lugo, a Grupo Modelo spokesman. Mexican tourism spots are the only places in the country where people drink it with a lime, he says.

But things could change. Mexico is currently negotiating to bring seedless limes into China, according to Gill McShane, a reporter for the trade publication Asiafruit Magazine. And if that happens, Mexico will no doubt have a suggestion for what to do with all of them. The holidays have passed, which means there are only 11 months left until some state tries to ban another beer imported by Shelton Brothers. Or at least, that’s become the year-end tradition.

In 2005, Connecticut banned some of Shelton’s Christmas-themed beers. Last year, New York and Maine did as well. Fortunately, after legal challenges, everyone eventually backed down, though Maine waited until well after the holidays to do so.

“I can’t imagine that anybody’s going to do this again next year,” says Daniel Shelton, one of the brothers who run the company. “Every time they do it, they end up losing. I don’t know why they keep bothering us.”

The beers in question have labels with cartoon Santas and elves, and have names like Santa’s Butt and Seriously Bad Elf. The states claim the labels appeal to children; Shelton Brothers say that’s not true.

Shelton Brothers isn’t big or well-funded; it distributes about 150 beers from its headquarters in Belchertown, Massachusetts. But it does have a secret weapon: Daniel used to work as a lawyer and doesn’t hesitate to take these states to court. He joined the beer business after losing interest in the legal profession, but is now jazzed about using his old skills to defend the drink.

In fact, he’s hoping to spin these episodes into a full-fledged movement. Many states’ regulations and fees make it difficult for small beer distributors to do business, he says, and he wants to take them on. “I’m proud, in a way, to be able to do this. It’s going to teach people a big lesson about the First Amendment.” It was a fun piece of history, but Steve Wellington didn’t expect it to be drinkable. He’s the head brewer at Worthington White Shield, an old British brewery owned by Coors, and on a lark he went to check out the cellar where its beers used to be bottled. He found full brews dating to the 1800s, still corked and covered with wax, and brought them back for a taste test late last year.

“When I first opened it,” he says, “I thought, ‘Well, this is going to smell unbelievably bad—something that’s been rotting for years.’”

Instead, after struggling to get the old corks out, he got a wonderful surprise: The beers had changed, but in a good way. The oldest of the bunch, an 1869 beer called Ratcliffe Ale, had transformed from dark ale to something resembling wine.

Wellington has a hard time describing it—he is, after all, a beer guy and not versed in wine—but he picked up some surprising flavors: wood, oat, roasted coffee, hints of molasses and brown sugar, and even some cough medicine. “It was generally a complex taste. Not what you would have expected at all,” he says from his office in Burton-on-Trent.

Inspired by the episode, the brewery has launched a contest to see if anyone in the world has beer that’s older. Entrants can go to worthingtons-whiteshield.com. Wellington wasn’t nervous to drink something so old and potentially foul, but he says he did sense the weight of history, and felt privileged to be a part of it.

“I don’t think you could ever duplicate this again, unless you kept beers for a hundred years,” he says. “Honestly, it was quite staggering.” ■ 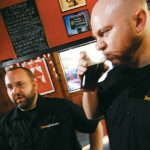 Previous: Hate the Name, Not the Beer 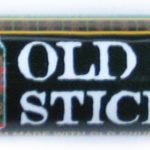