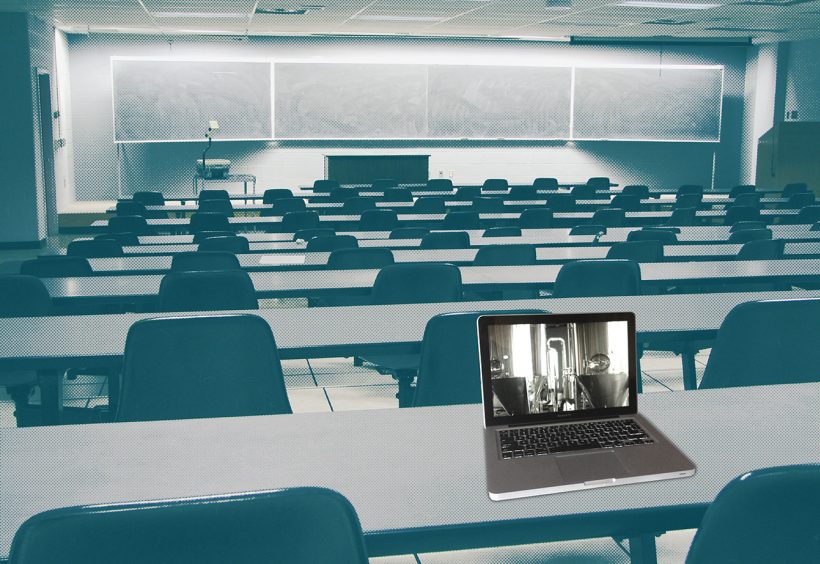 Auburn University to Offer a Major in Brewing Science

There’s good news from Alabama for brewers looking to sharpen their skills: Auburn University’s school board has unanimously approved a master’s certification program in brewing science.

The 18-credit-hour curriculum aims to teach students some of the most important aspects of commercial brewery operations: distribution, product marketing and of course, how to brew higher-quality beer. Students also must already possess at least a four-year degree to be eligible to participate.

Even before the program was officially approved by the school board, there were 15 applicants, and another 30 applied shortly after the program’s approval. Acceptance is very competitive, though; the distance-learning program’s first class—which aims to launch sometime in 2014—will only matriculate 10 students.

The program won’t officially be added to the course catalog until it receives approval from the Alabama Commission of Higher Education, a decision that won’t be considered until the summer. But university officials are optimistic. They believe the program is a response to Alabama’s beer market, which has surged in recent years thanks to the loosening of state-imposed restrictions on alcohol content in beers; homebrewing remains illegal in the state. Over the years, craft beer drinkers have joked about macro lagers being comparable to water. Now, a pair of California citizens have taken this notion a step further. On February 22nd, a class-action lawsuit was filed by plaintiffs Nina Giampaoli and John Elbert. The two allege that Anheuser-Busch InBev has been knowingly misrepresenting the alcohol content in several of its beers by “watering down” beers during production.

The filed complaint reads, “Using highly advanced process control instrumentation and corporate protocols, [Anheuser-Busch InBev] can and does identify and control, with great accuracy and precision, the exact alcohol content of each unit it sells, but nevertheless intentionally misrepresents each such product as having a greater amount of alcohol than it actually contains.” The suit seeks monetary damages of $5 million.

However, numerous esteemed craft brewers have come to ABI’s defense, claiming the plaintiffs have their facts wrong about large-scale brewing processes. They explain that ABI—and many other breweries—use a process called “high-gravity brewing,” which essentially means a concentrated, higher-alcohol brew is fermented, and then deaerated water is added to it just before (or even during) the bottling process to fine-tune the beer to its desired ABV. This method also lets brewers maximize their production capacity.

After lab tests conducted by San Diego’s White Labs on several ABI beers came back showing ABI’s stated ABV matched the measured ABV within federal limits, ABI placed an ad in several major newspapers to make light of the suit, while promoting ABI’s disaster relief efforts. ABI explains via press release, “We … take water seriously, from the pure brewing water we use to create our beers, to partnering with the American Red Cross with our longtime commitment to disaster relief.” ABI has donated 71 million cans of water to the American Red Cross.

Philadelphia Sues Yuengling for $6.6 Million in Back Taxes and Fines

Yuengling beer may be popular with Pennsylvanians, but Philadelphia’s city tax collectors don’t appear too keen on the brand as of late. On February 5th, the city filed suit against D.G. Yuengling & Son, Inc., the largest American-owned brewery, seeking nearly $4 million in alleged unpaid Business Income and Receipt Taxes (BIRT), plus an additional $3.7 million in interest and penalties. (BIRT is a tax the city levies on individuals or companies conducting taxable activity in the city, which is why the brewery is subject to it even though it’s located in Pottsville.)

On a Pennsylvania radio talk show, Yuengling president Dick Yuengling claimed the city is “cherry-picking” to make an example of him to other businesses. “I can’t believe that they tax every pack of gum that comes into the city of Philadelphia,” he said. “The government has spent more money than they have, and they’re just coming after everybody to tax them and recoup some of the inept spending that they’ve done.”

Brewery Expansion Roundup
A few more breweries have each declared their intent to grow this month.

• August Schell Brewing Company of New Ulm, Minn., has announced a $2 million expansion project that will boost production capacity from their current 150,000 barrels per year up to a maximum of 250,000. The expanded production facility will include a new canning line, four new fermentation tanks, and energy recovery and yeast propagation systems. The expansion will be funded by a combination of reinvested profits and bank loans. The company aims to complete the project by the end of 2013.

• San Francisco’s Anchor Brewing is moving forward with plans to build a second brewery along the city’s new Mission Rock waterfront development at Pier 48. The new facility will include a restaurant, museum and other yet-unnamed attractions, and will create approximately 200 new jobs. This space will allow Anchor to increase their production from their current capacity of 180,000 barrels per year up to 680,000.

• Meanwhile, Crooked Stave Artisan Beer Project of Denver, Colo., is also stepping up production of their barrel-aged brews. With the purchase of four new foeders (bringing their total count to eight) and plans to acquire nearly 200 more wine and spirits barrels, Crooked Stave hopes to produce 2,000 barrels this year, with intent to sell approximately 1,250 barrels and age the rest. In 2012, the brewery produced 450 barrels, 250 of which were sold, while the rest is aging. Crooked Stave also hopes to begin selling their sour ales out of state, but specific markets have not yet been finalized. “[While] we welcome the production of lower-strength alcohol products, using a marketing tactic such as this to encourage people to drink alcohol for breakfast is irresponsible,” said Dr. Evelyn Gillan, chief executive of Alcohol Focus Scotland, in a statement to the media.

Black Isle owner David Gladwin tells BA that the groups are mistaken in their assumptions. Gladwin states, “The reaction from certain groups was fairly predictable, although it has to be said that most people have been open minded about it. As we know, beers like Porter … originated as a beer drunk at ‘breakfast’ by workers in the city fruit, meat and [vegetable] markets. They would have been working for four to five hours before most people would be thinking about taking the top off their morning egg.”

Gladwin further explains that the low-ABV breakfast beer was brewed in order to counterbalance their recently released 8.4-percent Imperial Stout. “It is of course a lot more difficult to make a really good light beer than a strong one, and I think we have risen to the challenge.” ■ 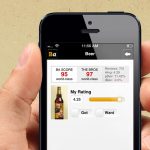 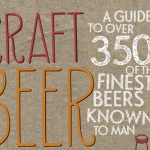