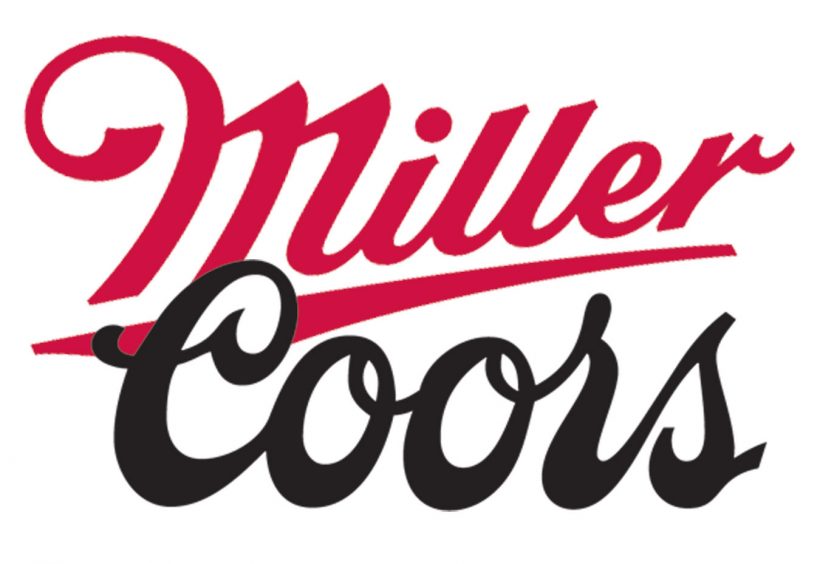 The Birth of MillerCoors

Consolidation among brewers is hardly news in the rest of the beer world. Now the global trend has come to American soil. On October 9, the nation’s second and third largest breweries agreed to combine their US operations to create the second-largest American brewer behind Anheuser-Busch. The joint venture between SABMiller and Molson Coors, which will be called MillerCoors if it passes antitrust muster, will have annual combined beer sales of 69 million US barrels.

While whispers of the deal have made the rounds in the beer industry for a few months, the actual announcement leaves several open questions for both craft brewers and Anheuser-Busch alike. In seeking to secure cost savings through “synergies,” the new venture will likely reduce redundant sales and distribution operations in markets where both breweries compete. Taken together with the combined portfolios of both breweries, distribution channels may constrict and leave craft brewers fighting for fewer places on delivery trucks.

Not one to sit idly by, Anheuser-Busch quickly responded to the news. In a company memo, A-B President and CEO August Busch IV directed the company’s wholesalers and employees to increase their focus on the new competition. “We are studying the implications of this competitive move further—but we must not lose sight of the fact that this joint venture represents an attempt by these companies to better compete against us,” he wrote. “We believe this new structure presents a timely opportunity for all of us—as most game-changing incidents do,” he wrote. “This new entity does not match our size or portfolio of beers, yet there are undoubtedly synergies that this new company will eventually realize. At the same time, there will be significant transition confusion from this change, and it’s up to us to capitalize on this disruption now.” [AC] Brewers of Samuel Adams, the Boston Beer Company, hastily objected upon discovering that a website for a mayoral campaign in Portland, Oregon was using the same name as their trademarked beer brand. Unbeknownst to Boston Beer prior to the objection was that the mayoral candidate’s name is actually Sam Adams, and not pranksters.

To lure the campaigning Sam Adams onto their radio show, Mark Mason and Dave Anderson, the clever hosts over at KEX, registered samadamsformayor.com and mayorsamadams.com and promised to give the web addresses to Adams if he came onto their show—he did.

Boston Beer issued a letter to Anderson, in which they asked him to forfeit the domains, claiming that “Boston Beer has used the trademarks SAM ADAMS and SAMUEL ADAMS since 1984.” Mason and Anderson replied by broadcasting a listener dumping bottles of Samuel Adams beer down a toilet, while the real Sam Adams replied, “They say they’ve been using this trademark since 1984; I’ve been using it since 1963.”

Adams has consulted lawyers and is currently running his campaign and slogan “Sam Adams for Portland Mayor” at samforpdx.com. Officials at Boston Beer say they’re willing to discuss Adams’ use of his name on the web for the duration of the election. Coincidently, Sam Adams announced his candidacy at Roots Organic Brewery on October 3. [TA] Those arrogant bastards out West are planning on installing a 360.7kW AC (404.6 kW DC) Photovoltaic Solar System on the roof of their brewery in Escondido, California. Translation: a 3.2-million-dollar system that could very well supply the brewery with over 50 percent of its total electrical power by February 2008—putting them in the top 12 percent of solar systems in the state.

“We’re excited to continue to participate in the move towards sustainable design,” said Greg Koch, CEO ofStone Brewing. “This system, together with other conservation initiatives at our brewery and restaurant, will help minimize our impact on the environment.”

This sustainable direction isn’t the only thoughtful thinking occurring at Stone either. They also use all-natural ingredients in their beers, organic food items at the Stone Brewing World Bistro & Gardens, with an emphasis on obtaining them locally. Solar carports are also planned for a portion of the brewery and restaurant’s parking area to further increase their solar-collecting ability.

“We’re excited to continue to participate in the move towards sustainable design.”

“Certainly not every brewery can install a huge solar PV system on their roof like we are at Stone,” Koch told BeerAdvocate. “We are located in a sunny area and we designed our building to be able to structurally handle the weight of the solar panels. However, I think it is the responsibility of every brewery—and every citizen—to do what we can. Repair that leaky faucet, switch your light bulbs to compact fluorescent, carpool or ride your bike (even just every once in a while), replace the endless stream of plastic disposable water bottles with a reusable one you refill from your brewing water source (or whatever source you have). If we all do a little, it will add up to a lot!” [TA]

Dixie Brewing Company Celebrates 100 Years by Rolling Out the Beer Despite pouring their lives into resurrecting a bankrupt brewery in 1986, and then having it destroyed by Hurricane Katrina, submerged in water and disemboweled by looters, Joe and Kendra Bruno, owners of the century-old Dixie Brewing Co. in New Orleans, are celebrating a milestone and the revival of their beer.

Working with Distinguished Brands International out of Littleton, Colorado, the first post-Katrina pallets of Dixie’s Blackened Voodoo, Jazz Amber Light, and Dixie Lager, arrived in select retail markets throughout the nation, just in time for the brewery’s 100th birthday on Halloween.

Brewing is currently being contract brewed by Huber Brewery in Monroe, Wisconsin, and under the supervision of Dixie Brewmaster, Kevin Stuart, who actually travels to Huber for each brewing session. The next step for the Bruno’s is to return brewing to New Orleans by building a state-of-the-art facility within the historic brewery, complete with a rooftop old world beer garden, gift shop, and hospitality reception center, all of which they hope to open within 18 to 24 months.

“We’ve worked too hard to give up now,” said Joe Bruno. “Dixie is fine, a lot of people want it back on the shelves and so do we.” [TA] ■ 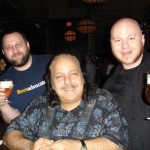 Previous: Tell Us The Truth 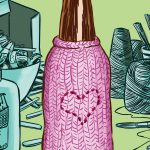